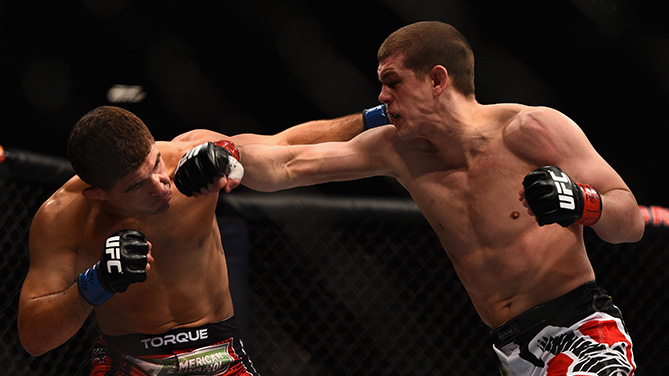 Joe Lauzon may be fighting in the UFC at 50 years old and we’ll still think of him as the fresh-faced kid from Boston who turned the idea of being the sacrificial lamb on its ear when he knocked out Jens Pulver in less than a minute back in September of 2006.

He was 22 years old then, and on the van ride back to the hotel after scoring the upset of the year over the former lightweight champion, Lauzon wasn’t plotting an afterparty and a long vacation. He had to be back to work on Monday for his IT job, so all he wanted was a good night’s sleep before the cross-country flight home from Anaheim the next morning.

Nearly nine years after that fight, Lauzon is 31. He’s a husband and a father, and also the UFC’s all-time post-fight bonus king. He fights a superstar of the sport, Takanori 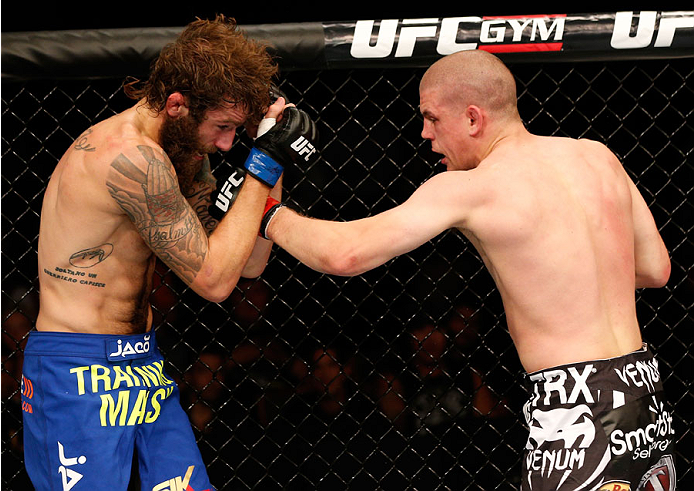 Gomi, on Saturday in his 19th Octagon bout, but he’s not planning his next move on the lightweight chess board or trying to figure out the best path to a title. In fact, the next big thing on his agenda is September 27th’s Boston Marathon Jimmy Fund Walk. In 2014, Lauzon and Team Joey, which was assembled in honor of his son, raised over $66,000, and with young Mr. Lauzon doing better than ever after his knockout victory over cancer, his dad wants to keep hope alive for other children dealing with what his son did.

In short, fighting is just part of Joe Lauzon’s life nowadays, something he admits is “a little weird” after all these years.

But what about the coveted UFC lightweight title? He laughs.

“I never, ever cared about the title,” Lauzon said. “That’s a nice thing to happen, and you always have to have something to look forward to, but I’m more about short-term goals, and for me, it’s just to get better. Every single day I want to get a little bit better, and over time those little tiny gains become some big gains. The title was always something way in the background, but I think it’s less and less likely as I get older. Things just haven’t gone my way sometimes, but the goal to get better is always there. Do I think I’ll ever fight for a title? No. Do I think I’ll ever win a title? Probably not. But the goal is always to get better, and if it brings me to a title shot, great. If it doesn’t, I’m not gonna be heartbroken. I think I’ve done a lot in the sport. I think I’ve done way more than I ever intended to, and I can honestly say I’ve done everything to the best of my abilities, and how can you be upset about that?”

More importantly, if he’s not upset about it, why should anyone else be. In this sport, not everyone can be champion, and some don’t even chase that goal. For Lauzon, this is all about becoming the best martial artist he can be, and then putting that into practice in a live combat situation. That doesn’t mean he doesn’t fight as hard or train as hard as others who place that gold belt as the be-all end-all of their combat sports existence. One look at his record will show quite the opposite, as 10 of his 11 UFC wins have been ended by knockout or submission. Lauzon may not have a championship as his top priority, but he fights every fight like it’s for the world title.

It’s why an aborted UFC 180 bout with Diego Sanchez had fans salivating before injuries scrapped the matchup, and why Saturday’s fight with Gomi is opening up the main card on FOX network television. Respect like that is often worth more than a title belt, and while the UFC and its fans give that generously to the New Englander, he has just as much respect for the man who will be across the Octagon from him. 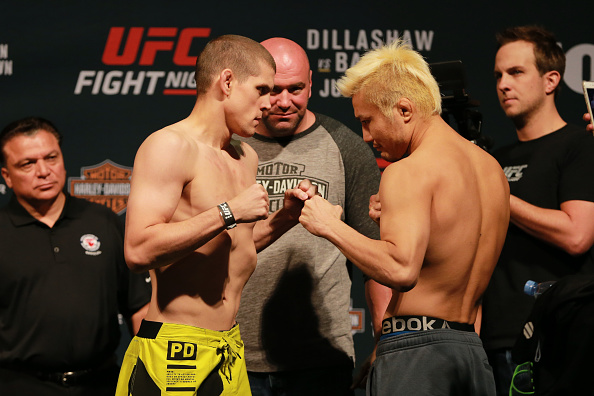 “When I was coming up, Gomi was King of the World,” Lauzon said of the former PRIDE lightweight champion. “He was “The Fireball Kid,” he’s got the blond hair, knocking everyone out. He was what I consider to be like the superstyle of a fighter – he’s got good wrestling, really explosive hands, crazy power and he’s just knocking people out. No one can handle him at all.

“But that was a while back,” he continues. “That was before I was in the UFC – now you’re talking ten years ago and I don’t think he’s the same guy. He’s still very, very good and very dangerous, but I think times have changed a little bit. It’s not that the sport’s gone past him, it’s just that everyone gets a little bit older. He’s a little older than me, so he’s a guy that’s definitely dangerous, but I really, really like the fight.”

He may not be 22 anymore, but the 31-year-old Joe Lauzon still knows how to turn back the clock. The only thing is, can he treat Gomi as just another opponent, and not “The Fireball Kid?”

“I’m not like a superfan,” he laughs. “I don’t fanboy out. I see Brock Lesnar, Chuck Liddell or any of these guys, it’s not a big deal to me to see them. But Gomi is the only guy I ever walked up to and shook his hand. I knew full well that he didn’t understand a word I was saying (Laughs), but he’s the only guy I ever went up to. It’s kind of cool to be fighting him.”

And he gets to punch him in the face on Saturday.

“Hopefully I get to punch him in the face,” Lauzon said. “Hopefully he’s not punching me in the face. We’re gonna try and stop that.”