Joe Duffy endured an injury-laden nightmare, but he's eager to make his return in London.
By Damon Martin • Mar. 12, 2019

At his best, Joe Duffy knows he’s an elite lightweight fighter capable of facing and defeating the top fighters in the world at 155 pounds.

Sadly, as much as Duffy wanted to take on those elite opponents over the past year and a half, his body had vastly different ideas. 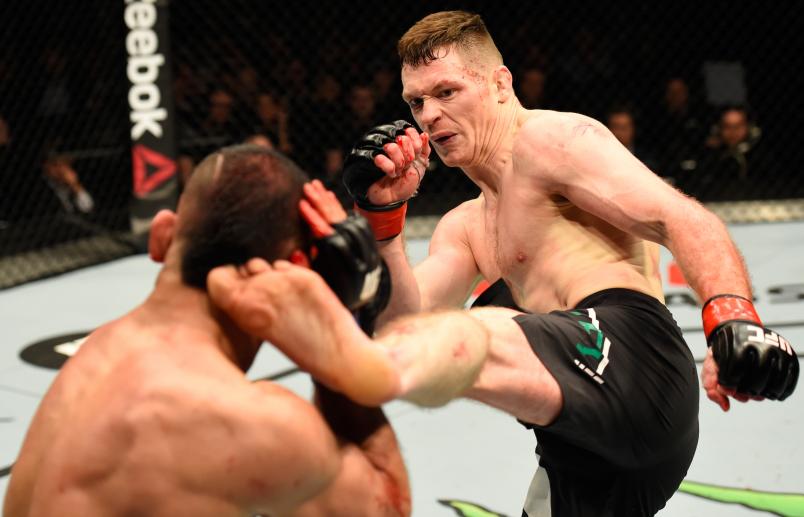 Following a TKO loss to James Vick in 2017, Duffy hoped to wash the bad taste of defeat from his mouth right away but he suffered a torn labrum in his shoulder that required surgery.

Going under the knife knocked the 31-year old Irishman out of action for six months but he jumped at the opportunity to return to action this past December at a UFC card in Adelaide, Australia. That’s when the bottom fell out from underneath him yet again when he caught a stray kick during his last sparring session prior to traveling that left him with a rib injury.

Now, nearly four months later, Duffy has recovered and he’s just days away from his highly anticipated return at UFC Fight Night in London, where he faces British striker Marc Diakiese on the preliminary card.

He’s had to walk a treacherous road to make his return, but Duffy is elated to finally say he’s back.

“It’s been very tough,” Duffy said ahead of his fight. “Especially because I’m here in Montreal, it’s not like I’m surrounded by my family. Basically when I come here, I train and that’s it. That’s my life. When you can’t train and you’ve got no real hobbies outside of training, it’s difficult. It’s been a long road to recovery. Then obviously with the fight coming up in December, I had another injury.

“So it’s been a nightmare but we’re getting there. We can see the light at the end of the tunnel.” 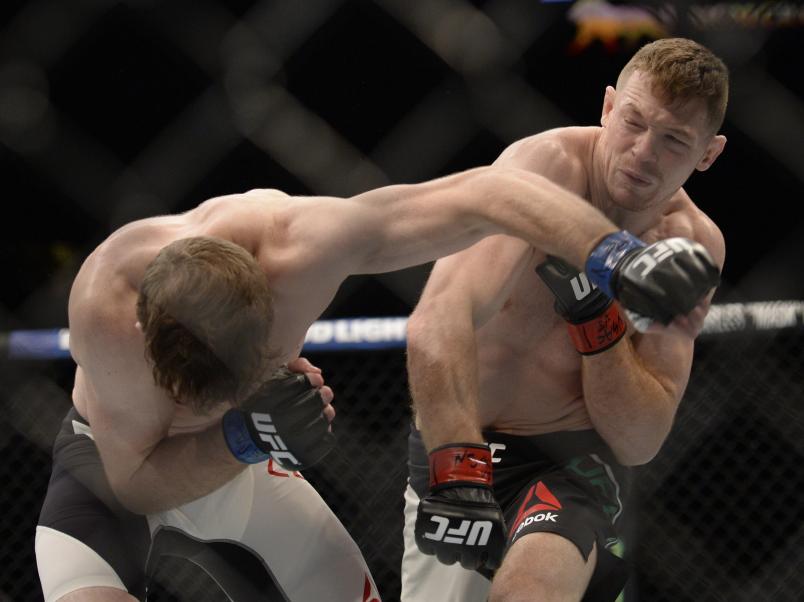 Perhaps the hardest part about his absence from the Octagon for the past 15 months is that Duffy had just inked a new multi-fight contract with the UFC and he wanted nothing more than to stay active as he attempted to climb up the lightweight rankings.

Instead, he suffered a staggering defeat to Vick and then spent more than a year on the shelf just waiting for his body to allow him to return.

“It’s something I’ve said, when I signed my new contract I wanted to be active,” Duffy explained. “When I went back to training after the [James] Vick fight, my shoulder was just that bad and it was time I needed to get surgery done.

“Then just when I thought I was just about to get going, I could finish the year with at least one fight and then roll into this year with a little bit of momentum but then obviously the rib injury.”

As much as sitting on a loss for over a year bugged him, Duffy says nothing felt worse than not being able to revel in the feeling he gets from actually stepping foot in that Octagon and doing battle with an opponent.

From the walk to the Octagon to the moment when that cage door closes, Duffy missed everything that’s involved with a fight in the UFC and he can’t wait to stand across from Diakiese on Saturday night.

“I can’t wait to just be in the Octagon and experience it all,” Duffy said. “It makes you appreciate how much you enjoy being in there and absorbing it all in. That’s one thing I want to do going into this fight is I want to enjoy every second of it.”

While he would have happily faced anybody put in his path in his return to action, Duffy anticipates a real crowd-pleasing affair by taking on a fighter like Diakiese.

In his first three fights in the UFC, Diakiese put together a dazzling resume highlighted by a pair of knockout wins that also earned him a Performance of the Night bonus along the way.

Unfortunately, Diakiese has suffered through some growing pains lately with three straight losses in the UFC leading into this fight, but Duffy believes that only makes him that much more of a threat. 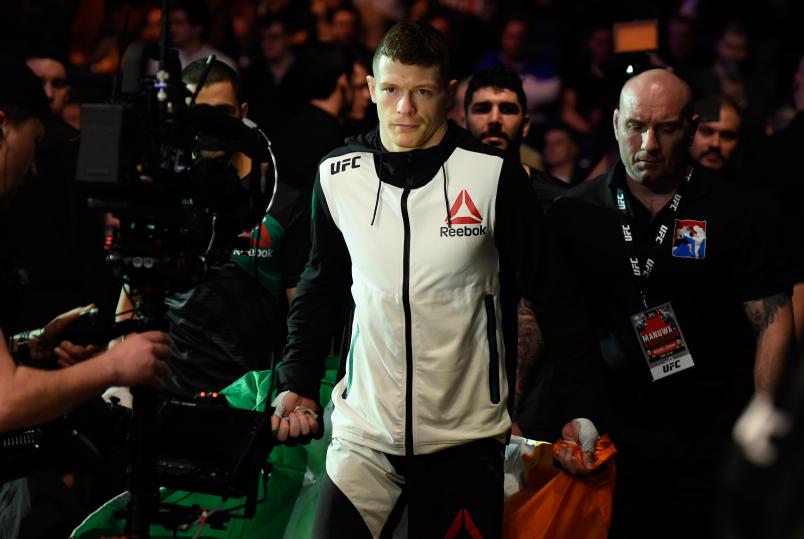 LONDON, ENGLAND - MARCH 18: Joe Duffy of Ireland prepares to enter the Octagon before facing Reza Madadi of Iran in their lightweight fight during the UFC Fight Night event at The O2 arena on March 18, 2017 in London, England. (Photo by Josh Hedges/Zuffa LLC/Zuffa LLC via Getty Images)

“He burst on to the scene, a very exciting prospect and to be honest the losses he had have been against top guys in the world,” Duffy explained. “Obviously, Dan Hooker, one of the best guys in the world now, [Drakkar] Klose has been doing well and then Nasrat [Haqparast], I train with him so I know what he’s capable of doing. He’s an incredible talent.

“It’s been tough fights for him but I know I’m in for a tough night.”

Records aside, Duffy looks at Diakiese as the perfect opponent to help reintroduce himself to the UFC audience after a less than optimal layoff.

Duffy knows deep down that he can stand shoulder to shoulder with anybody in the lightweight division, but now it’s time to prove it.

“Sometimes it only takes one good performance to get the world talking again,” Duffy said. “You put in one good performance and all of a sudden, people’s ears perk up and they’re like, ‘He’s back in the mix.’ I feel like that’s what happened after the [Dustin] Poirier fight. I went in against Mitch Clarke, a great performance and then people were looking right away. The problem was I didn’t fight again straight after that. This time I want to get one of those wins to put a stamp on it and then ride that wave and keep the buzz going.