Joanna Jedrzejczyk: Born for This 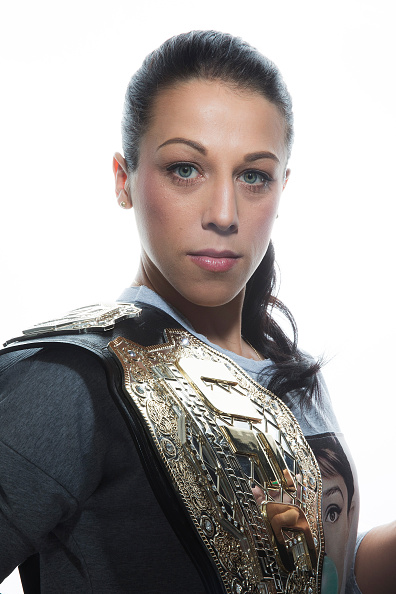 Anyone who meets Joanna Jedrzejczyk would be hard pressed to reconcile the pleasant and friendly young lady from Poland, the kind of person who ends every email with a smiley face, with the one who wrecks opponents in the Octagon every couple months with an extreme level of precise punishment.

Jedrzejczyk has the same problem.

“I hate myself in the Octagon because I’m a different person,” she said. “When I watch the video or pictures from the fight, I don’t like this Joanna. But this is my job, this is how we do it, and I think it’s a good part because I’m not afraid. I love to compete and it’s all about the sport. I don’t want to hurt my opponents. And I hate trash talk, but when they come too close, I must switch. That’s all.”

That’s all indeed, and it’s this switch that makes the UFC women’s strawweight champion one of the most intriguing figures in the sport. At 5-foot-6 and 115 pounds, Jedrzejczyk doesn’t seem like a killer on fight night, but several Muay Thai world championships and ten pro mixed martial arts wins without a loss speak to a driven fighter who knows only way to fight. It’s her or her opponent, and she’s not about to let that opponent win. So if someone wants to get in the way of that, it’s on, and she has no apologies.

This Saturday in Melbourne, Australia, the one in Jedrzejczyk’s way is Canadian contender Valerie Letourneau. The Quebec veteran has paid her dues in the sport since 2007, and after running off three UFC wins, including an upset of previously unbeaten Maryna Moroz in August, she was tasked with challenging Jedrzejczyk for the strawweight crown, and the champ believes she earned that fight.

“She’s a clever girl, and it’s going to be a really tough fight because she’s got lots of experience and she’s doing well,” Jedrzejczyk said. “She almost knocked out Maryna Moroz in her last fight, so this is what I am waiting for, for a good striker. I want to fight with her so badly and I think she deserves to fight for this title, and I’m happy for her. I think that she’s the toughest opponent that I’ve had in the UFC. She’s a striker, but she has really good control on the ground, and she’s tough and has got the KO power as well, so I must pay attention and be careful, but we’re gonna play my game.”

Jedrzejczyk smiles when she talks of her foe, and a lot of it may have to do with the “clever girl” comment, because while the Olsztyn native loves some pre-fight gamesmanship, she believes Letourneau was trying to beat her to the punch with it when they first met at the “Go Big” press conference in September.

“She was acting so nice, too nice, and I was like ‘she’s playing with me,’” Jedrzejczyk said. “She wants to make me quiet, not aggressive. She wants to see a different Joanna. But I know her plan, and there is no more nice and quiet Joanna. I became myself in Melbourne when we had the second face to face, so I could see that she’s nervous, and I won this fight already. It’s going to be glory day for me on November 14th.”

Joanna Champion is now in her zone. It’s the same zone she was in when she took the title from Carla Esparza in March and successfully defended it against Jessica Penne in June. Both wins were by punishing TKO and Jedrzejczyk believes both pushed the wrong buttons in the lead up to the fight. Now Letourneau, who hasn’t come near to the realm of trash talk, is apparently in the same boat. Or at least that’s what Jedrzejczyk needs to believe.

“Believe me, Valerie is afraid of me,” she said of her opponent. “She said that she wasn’t impressed with my striking, but she didn’t really have good opponents, so she’s going to feel this Polish power.”

Not bad for a former basketball player who only discovered martial arts when her sister’s boyfriend invited her to join them at a Muay Thai class. Jedrzejczyk’s goal at the time had nothing to do with defending world championships in front of 70,000 people.

“I went there and I had fun,” she said. “I wanted to get in shape, be healthy, and that’s all. After six months, I had my first competition. I won.”

She’s rarely lost since, and never in her current day job. And when you think about it, just two years ago, she was relatively unknown, even in MMA circles, but today she’s a world champion, she has a Reebok deal in her native Poland, and she’s co-headlining the biggest stadium show in UFC history. It’s important for her to not let stardom get to her head though.

“This year is going crazy,” she said. “When I became a champion, I got more fans, I got more attention from the media and from all of the people around me. A lot of good things have happened this year. I’m trying to stay the same person for my family and my friends and people around me, but of course I’ve got lots of stuff to do. But people aren’t going to count my interviews; they want to see me fighting and they want to see me winning, so I must just simply keep on working hard and training every day, and this is what I’m focused on.”

It’s the factor a lot of shooting stars who burn out forget. It’s not about how many Twitter followers you have or interviews you do. When all is said and done, all that really matters is what happens on game day or fight night. Everything else is extra. The win is the thing.  Jedrzejczyk hasn’t forgotten that.