Joanna Jedrzejczyk and Michelle Waterson are set to collide in a pivotal strawweight showdown at the Amalie Arena in Tampa, FL.
By Thomas Gerbasi • Aug. 9, 2019

Two of the UFC's top strawweights will square off in Tampa, Florida on October 12 when former world champion Joanna Jedrzejczyk looks to hold off the charge of rising star Michelle Waterson in a five-round main event at Amalie Arena that could shake up the 115-pound weight class.

Tickets for UFC Fight Night, which airs live on ESPN+, go on sale on August 23.

The longest reigning champion in strawweight history, Poland's Jedrzejczyk is chasing after another belt, and in her first fight in her adopted home state of Florida, she hopes a win over "The Karate Hottie," who has won three straight over Cortney Casey, Felice Herrig and Karolina Kowalkiewicz, will earn her a crack at the title.

Also made official for the card is the return of Mackenzie Dern, who faces Amanda Ribas in a strawweight bout, and a flyweight showdown between Deiveson Figueiredo and Timothy Elliott. 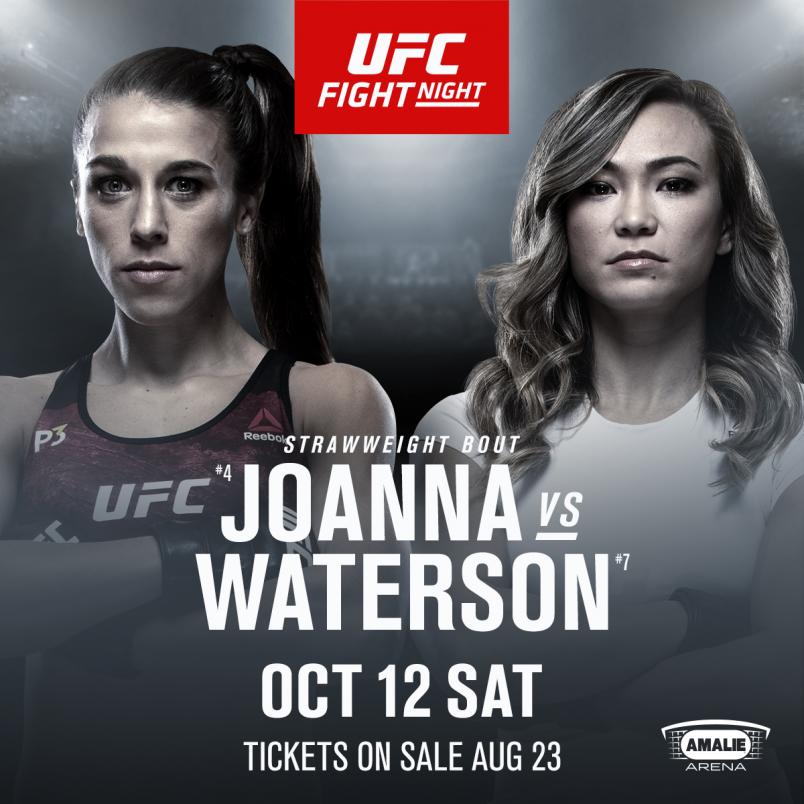