All Roads Have Led The Light Heavyweight Sensation To The Doorstep Of Gold At UFC 275
By E. Spencer Kyte, on Twitter @SpencerKyte • Jun. 6, 2022

What started as a way for Jiri Prochazka to describe the nature of Sunday training sessions has grown into a nickname, the name of his foundation, and an overall approach to life for the light heavyweight title challenger. 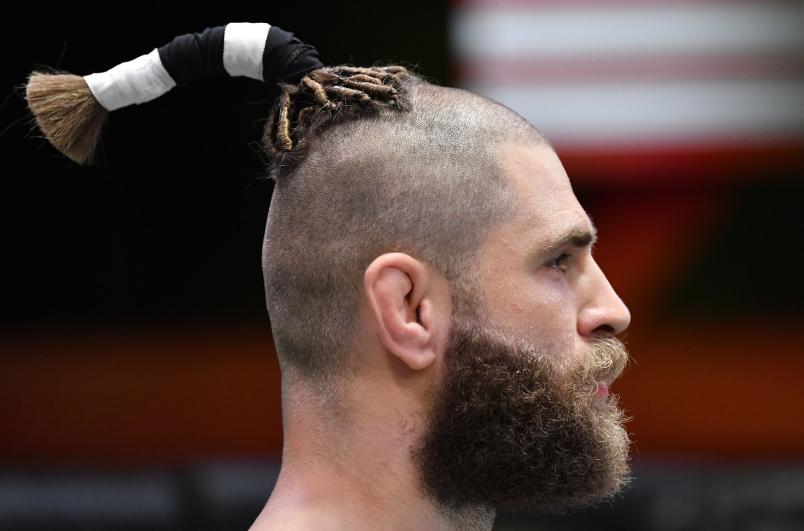 Jiri Prochazka of the Czech Republic prepares to fight Dominick Reyes in a light heavyweight bout during the UFC Fight Night event at UFC APEX on May 01, 2021 in Las Vegas, Nevada. (Photo by Jeff Bottari/Zuffa LLC)

“So ‘BJP’ began around 2009,” began the Czech standout, who faces off with Glover Teixeira for the light heavyweight title this weekend in the main event of UFC 275. The letters are the shortened version of the phrase “bomby jak pica!” which loosely translates to “bomb the s*** out of them!” in English.

RELATED: Flashback TO UFC 267 - Jiri Prochazka Waits In The Wings For His Shot

“I gave this name to my Sunday training — to have the biggest bombs in my hand to finish whoever. That’s how it began, but after time, after many training sessions, every Sunday from 2009 until this day, I’m keeping it every Sunday. I’ve changed it from not just having the biggest bombs in my hands, but having the best techniques, the best strategy. I started to be focused not just for the biggest punch, but for the things that are most important for the fight — to be smartest, to have the best conditioning, best Fight IQ.

“And after these years, I started to have that ‘BJP’ as an idea to give my best for every moment, and that’s why I started to use the nickname ‘BJP’ like that.”

Coming from a different person, the idea that what began as a battle cry and desire to be able to throw bombs in the cage turned into an over-arching focus on becoming the best fighter possible would sound a bit forced and overblown, like your friend from college that read The Celestine Prophecy and then got way into New Age spiritualism and questioned the meaning of every interaction.

But the 28-year-old title challenger has always had a mysticism about him and the way he carries himself.

His life-changing book was actually The Book of Five Rings, and adhering to the Bushido principles is something Prochazka believes in strongly. He is a martial artist first and foremost, and an elite fighter somewhere after that, and has spent the last year on a quest to improve his skill in order to give himself the best opportunity to be successful this weekend.

“After my last fight, I didn’t have a break because I was focused on my bad habits from fights and to be ready to improve myself and get better in every aspect of fighting,” said Prochazka, who last competed on May 1, 2021 when he registered a second-round knockout win over former title challenger Dominick Reyes, cementing his standing as the top contender in the light heavyweight division in the process.

“(I went to many different camps),” continued Prochazka. “I was looking to do the next step, especially in the wrestling — about defense in wrestling, about attacking in wrestling. From last year where I was the backup plan for the fight between (Jan) Blachowicz and Glover, from that time in October, I was preparing to fight with the winner, so that’s the reason I was in Phoenix, in Henry Cejudo’s gym, Fight Ready, and that’s why I was in Frontline Academy in Norway.”

When we spoke, Prochazka was in Thailand, training at Bangtao Muay Thai & MMA, the new facility opened by the Hickman Brothers in Phuket earlier this year. Just as he opted to visit Fight Ready and Frontline to address what he viewed as an area of concern, he ventured to Thailand ahead of this weekend’s clash in Singapore with an eye towards getting fully acclimated to the time zone and the weather. 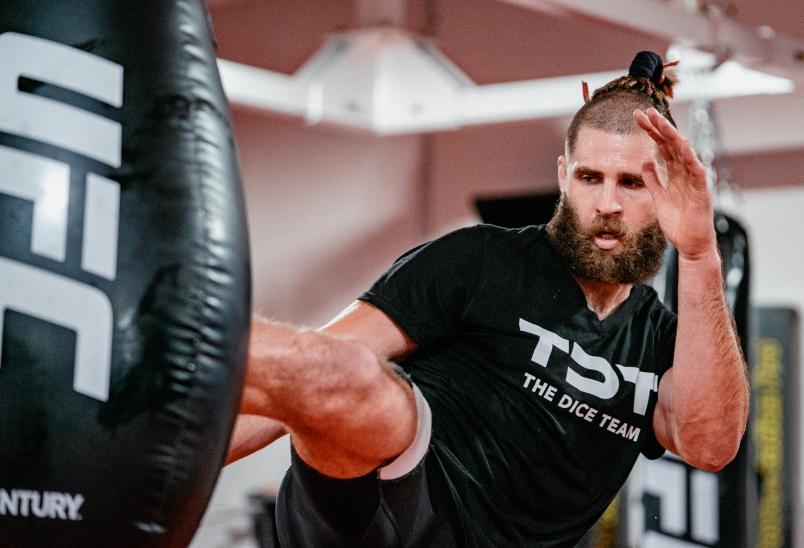 Everything for Prochazka is about giving himself the best opportunity to be successful on Saturday night and long into the future, though he doesn’t necessarily like to speak about his journey to this point; opting instead to remain focused on the task in front of him.

“I didn’t think about that because like I said at the start of when I stepped in the UFC, I just want to go to the title the fastest way I can, and I’m just keeping my word,” he said when asked to give his own impressions of his first two UFC appearances, which drew rave reviews, elevating him to a championship opportunity in hasty fashion while turning him into an instant fan favorite at the same time. “I know I have the right technique, the right condition, the right Fight IQ to be on the top, to be the best in my weight category.

“I imagined that, I worked with that, but it’s amazing,” Prochazka said in regards to fighting for the title this weekend. “I’m not just glad for that, I’m ready for that — I’m ready to take the crown, to show the world that I am the champion, the future.”

Should he emerge victorious this weekend, Prochazka would become the first fighter from the Czech Republic to wear UFC gold, an achievement the powerful challenger doesn’t take lightly.

“Man…” he began, pausing to gather the words when asked what it would mean to bring the UFC light heavyweight title back to his homeland. “Never in the Czech Republic can I imagine that because it’s such a big thing, but I don’t want to speak about it like it such a big thing for us. I’m taking it like I am the champion, and I am just going for my crown. Now it’s my time and I will show that.

“I’m so glad to fight for the Czech Republic — to represent such a small country,” he added. “We’re a small country with such big potential, but not everybody is living up to that potential, so I’m just trying to live my best.” 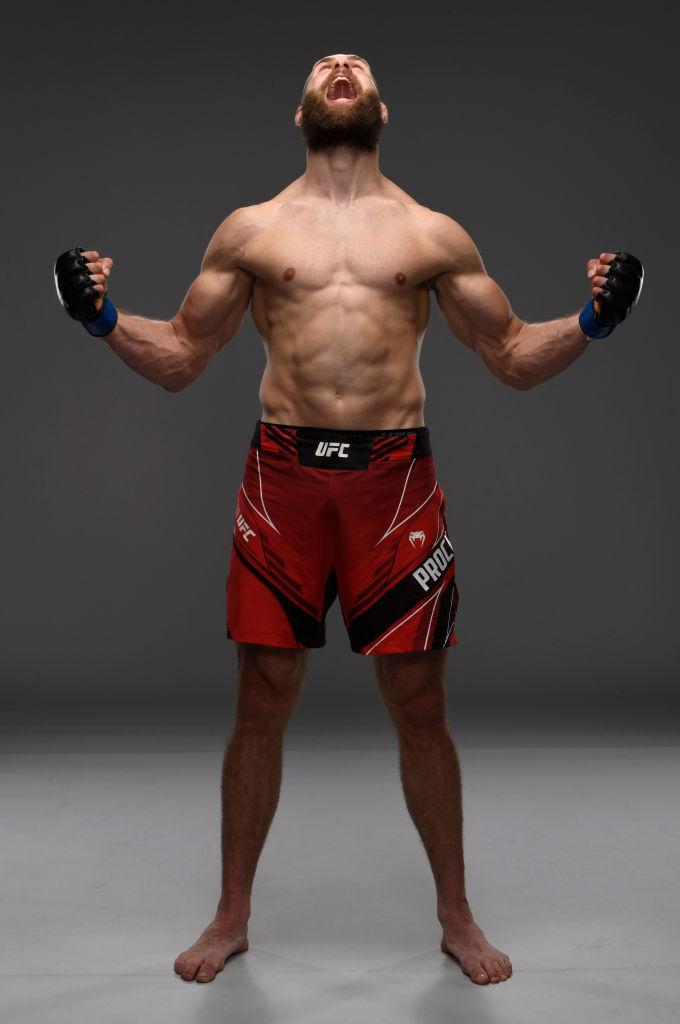 Jiri Prochazka of the Czech Republic poses for a portrait after his victory during the UFC Fight Night event at UFC APEX on May 01, 2021 in Las Vegas, Nevada. (Photo by Mike Roach/Zuffa LLC)

On Saturday night at Singapore Indoor Stadium, Prochazka intends to be at his best inside the Octagon and walk away as the new UFC light heavyweight champion.

“I will show my best,” he said, electing again not to speak too much about what is set to transpire. “I have a strategy. I know his weaknesses, I know his strengths, and I think he knows mine too.

“I want to keep this fight in my hands and rule the space in the Octagon.”

And if he does that, the Czech Republic will have its first UFC champion, Prochazka will have accomplished his goal, and there might be a few more people looking to follow the “BJP” way.