"I think everything I did good before the injuries, I’ve improved on
immensely, so I’m ready to get back in there and show off the newly
sharpened skills." - Jimy Hettes 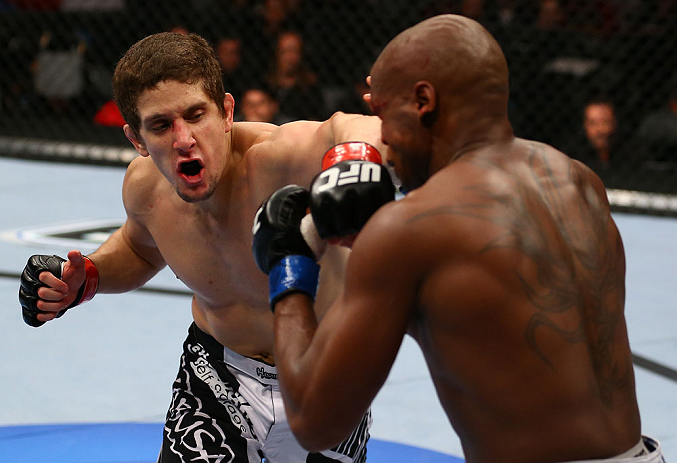 Injuries are a part of any sport, and there’s never a good time to have one or two, or several. But there are worse times than others, and when you’re Jimy Hettes and looking to bounce back from the first loss of your career, there’s nothing like getting hurt while you’re waiting to erase the memory of a defeat, making the trip to the doctor’s office a stressful one.

“The injuries were tough, just because mentally I was so ready and so excited to fight,” said Hettes, who was forced out of an April bout with Steven Siler, keeping him on the shelf since his September 2012 loss to Marcus Brimage. “When you go to the doctor’s, it’s like a 50-50 shot that either they’re going to tell you it’s nothing, that you just take a few days off and get back, or they’re going to tell you that you have to take X amount of months off. I always had high hopes until the doctor gave me the bad news and then it’s like a heavy weight fell right on your chest. You start to see not only your hopes and dreams go away, but the paycheck’s gone, and you’re not making any money. So it’s definitely a crappy feeling because it hurts you mentally, physically, and in the wallet.”

Luckily, after shaking off that immediate shot to the gut, the 26-year-old Hettes, blessed with the optimism of youth, was able to find the silver lining in this injury-laced cloud.

“At this point in my career, I’m glad it happened now because I was mentally in a good place,” he said. “So when I got hit with bad news, I was still staying optimistic and trying to stay mentally in the game. It’s been a pain, for sure, but I feel like I used the time wisely and improved on a lot of things.”

And while he jokingly admits that carrying a rabbit’s foot around Manchester this week probably would have been a good idea, he did make it through camp and is raring to go this Saturday night for his UFC Fight Night matchup with late replacement Robert Whiteford, who stepped in for the injured Mike Wilkinson. And whether it’s England, Brazil, Japan, or back home in the USA, Hettes is just happy to be back.

“It’s another day in the office, just in another country,” he laughs.

This matter-of-fact approach to the game has served Hettes well thus far. Racing out to a 10-0 record that included UFC wins over Alex Caceres and Nam Phan, the Pennsylvania native was celebrated as the next big thing at featherweight, and there were few, if any, dissenters to that claim. Hettes didn’t let it go to his head though, so when Brimage outpointed him at UFC 152, the world didn’t come crashing down on him.

“I knew at a certain point it (losing) would happen, and at the same time I wasn’t one of those guys that was fixated on being undefeated or anything like that,” he said. “Each fight for me is either the greatest day ever or the end of the world. So whatever fight I have coming up, all my priority’s on that fight. I don’t care what I did in the past or what’s to come in the future.”

That’s not to say he didn’t pick up some things to work on during the Brimage bout.

“I learn a lot from all the fights, whether it’s good or bad,” he said. “It was another learning experience, just like any other fight. There wasn’t anything special about it. It made me change some stuff up training wise and I think it paid off for the best.”

Yet maybe the biggest takeaway from that fight, at least from the outside, is that for all his wizardry on the ground, Hettes proved himself to be one tough nut to crack on the feet, as he ate several Brimage bombs and kept on coming. That’s a badge of honor for him to be proud of, even if it’s not one he wants to renew in every fight.

“After the fight, a lot of people came up to me and were like ‘man, you can really take a shot,’” he said. “Which is good, but at the same time, I don’t want to be known as the guy that could take a shot; I want to be known as the guy that can give them. (Laughs) It’s good to know I have a real good chin, but I’m gonna keep it on the backburner and only use that if I need to.”

In the meantime, he’s hoping that his almost yearlong layoff has fight fans eager to see what he has up his sleeve next. And if they are, he’s got plenty to show them.

“Version 2.0,” he said. “I think everything I did good before the injuries, I’ve improved on immensely, so I’m ready to get back in there and show off the newly sharpened skills.”