Coming off Dana White's Contender Series, Jimmy Crute is a part of a wave of young, up-and-coming light heavyweights.
By Jon Gagnon, on Twitter @JGagnonUFC • Sep. 13, 2019

The UFC results from graduates of Dana White’s Contender Series have been hit or miss. The same can’t be said of Australian light heavyweight Jimmy Crute. He’s been all hit.

Crute has smashed everything in his way since his debut on the Contender Series last year. He was instantly given two UFC veterans – Paul Craig and Sam Alvey – and finished them both.

Watch All The Action With Your ESPN+ Subscription

Crute now sits at a perfect 10-0 with seven finishes, and he’ll hope to make it eight on Saturday at UFC Vancouver when he takes on his first ranked opponent, Misha Cirkunov.

“I did expect to have that success,” Crute said of the early stages of his UFC career. “At light heavyweight all it took was two fights (to draw a ranked opponent). I was prepared to take it one fight at a time and fight the best guys available and that’s what I did.”

Crute’s success is ironically similar to the path Cirkunov was once on. Cirkunov began his UFC career with four consecutive finishes and was pegged as the rising star of the division. He has since lost three of four, but Crute knows not to take him lightly.

“I rate his skillset very highly and I rate everything about him highly,” Crute said. “I think he’s just been a bit unlucky lately.”

So how does Crute keep his momentum as a budding contender going in a division that needs a new spark? He knows all he has to do is keep being himself.

Crute said his goal is just to fight. It’s just a coincidence that his style happens to be very exciting. He, of course, loves to finish fights, but scoring a 10-8 round is an equal accomplishment.

In Crute’s mind, there’s a bigger goal at play. In a division filled with veterans that have dominated the rankings for a long time, Crute sees an opportunity. 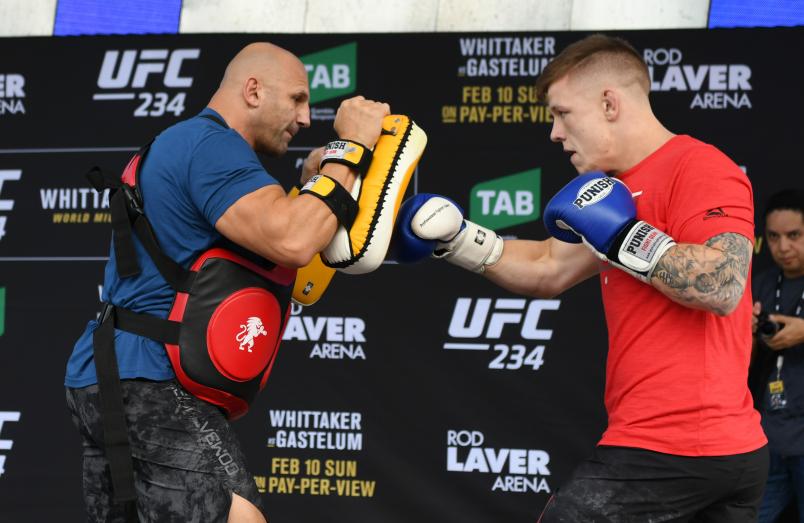 “There’s a wave of up-and-comers that are going to clear house and take over the division,” Crute said. “There’s a lot of legends and guys that have been around for a while that are on their way out. I’m happy to be a part of the new wave of light heavyweights that are coming through to make the division great again.”

But the future is far from Crute’s mind this week. For now, his concentration remains on Cirkunov and Vancouver, where he’ll have his first UFC fight outside of Australia. Crute said Vancouver and Melbourne have a lot of similarities – which has made for a comfortable fight week.

“It’s been a great fight week. I could be anywhere in the world and have a great fight week,” Crute said. “I’m going to fight on the weekend so I can’t complain about anything. I get to do what I love on Saturday.”