Jimmy Crute Knows This Is His Big Moment

Jimmy Crute Believes A Win Over Anthony Smith Solidifies Him As A True Contender.
By Zac Pacleb, on Twitter @ZacPacleb • Apr. 22, 2021

Jimmy Crute doesn’t waste time in the Octagon, and he doesn’t mince his words outside of it either.

Three of the 25-year-old’s four UFC wins came inside the first round, and with Anthony Smith in his sights now, he seems in prime position to announce himself as a real contender in the light heavyweight division.

“I’m in this sport for a good time, not a long time,” Crute told UFC.com. “Heaps of people say it’s a marathon, not a sprint, but I disagree. I’m here to win my money, win the titles, and get the hell out of here, so it’s a sprint for me. It’s not a marathon.”

Crute’s confidence is well-earned. After he suffered his first professional loss to Misha Cirkunov (a result that was frankly against the tide of the fight), Crute responded with a pair of emphatic first-round finishes, earning performance bonuses for each.

His latest, a bulldozing TKO of Modestas Bukauskas in October 2020 seemed particularly cathartic. Crute mentioned a shift in his mental approach after that fight, and through that, he seems primed to make a real run up the ladder.

“The last fight just showed that I was on the right path and I’m doing the right things mentally,” Crute said. “You can’t sit still, though. So, I just gotta keep improving, keep upping my game mentally and physically.”

At UFC 261, Crute also ups his game competitively. Smith is a 50-fight veteran, former title challenger and coming off a dominant submission win over Devin Clark which halted a two-fight skid. The win represented a nice return to form for Smith and articulated the kind of level he is at in the division, the one Crute intends on entering himself.

Although Crute was initially matched with Johnny Walker, “Lionheart” stepped in after the Brazilian was forced out of the bout. Smith made it plain in saying he took this fight for a couple reasons. In part, he believes another big win similar to his last outing puts him back into the chase for a title shot. But, as a fighter who remembers waiting perhaps too long for a big name to give him a shot, he intends to provide that opportunity for fighters on their way up right now like Crute.

Just don’t say the chance is being “given” to Crute on a platter. 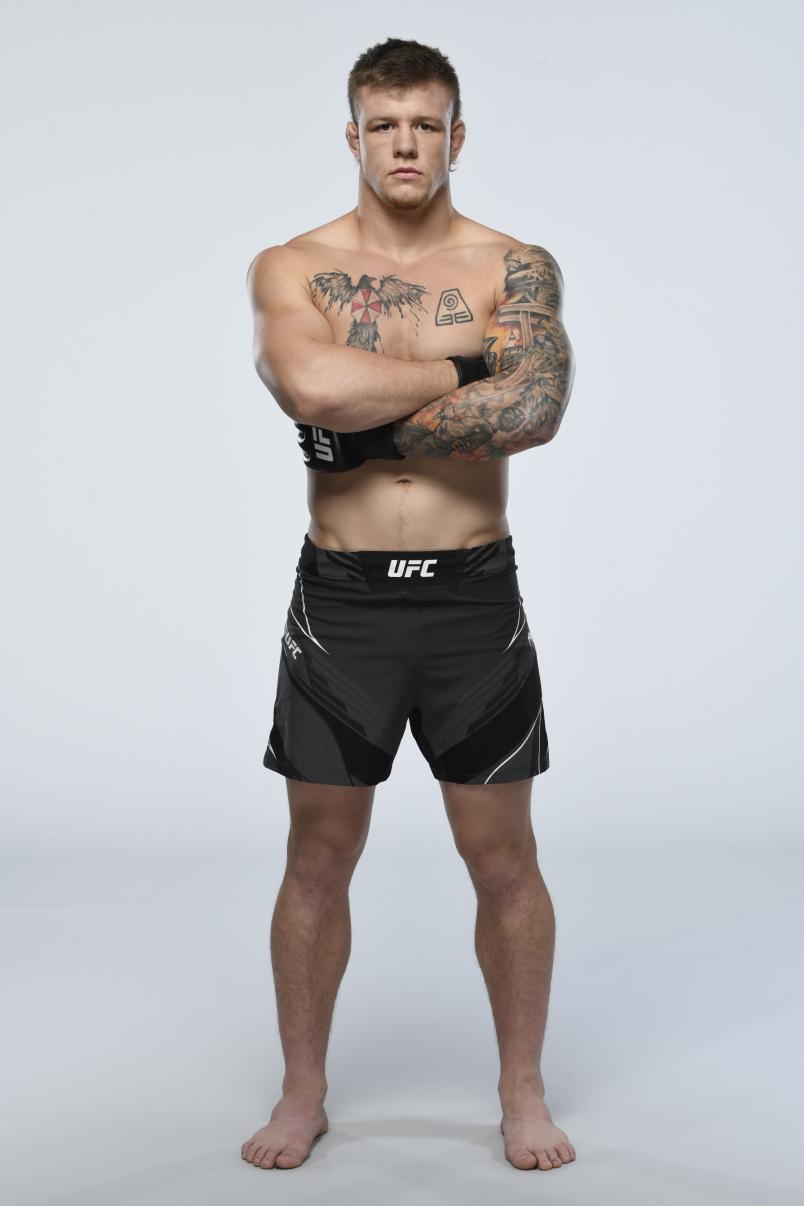 Jimmy Crute poses for a portrait during a UFC photo session on April 21, 2021 in Jacksonville, Florida. (Photo by Mike Roach/Zuffa LLC)

“I haven’t been given anything,” Crute said. “I’ve been taking it, so I’m going to take this opportunity, and I’m going to shove it down his throat for thinking he can get away with giving it to me.”

The Australian understands the challenge in front of him as comprehensively as he does the opportunity. Smith’s vast experience could fairly lead one to assume he’s much older than his actual 32 years of age, and it was only five fights ago when he challenged Jon Jones for the light heavyweight belt.

In that fight, Jones landed an illegal knee on Smith, but instead of letting the fight end there and inheriting the title, Smith pressed on and eventually lost a decision. That choice to continue earned the Nebraskan a lot of regard among his peers, including Crute.

“I love what he’s done in the sport,” Crute said. “He’s proven time and time again that the ‘Lionheart’ nickname sticks, and it suits him. I got nothing but respect for the man.”

That respect manifested itself in the training room, and Crute seems like he is chomping at the bit to get to fight night.

He’s keen to not allow himself to get overeager, though. Crute is well-educated in the different dangers Smith presents, as the 18 knockouts and 13 submissions on his record would suggest.

“The key to beating him is just to not make any silly mistakes,” Crute said. “I think I’ve got the fight everywhere. I think he might have a little bit of an advantage in the jiu-jitsu department, but the key to beating him is to not make any silly mistakes, and I’ve got to take risks. I’ve got to put pressure on him, and I’ve gotta sort of go after him a little bit. But, at the same time, I can’t get too overzealous with it. It’s a straightforward game plan, but there’s a lot of intricacies in there as well.”

Striking the balance between allowing one’s self to seek a finish while not putting them in a dangerous zone is one all fighters, not just younger ones, face, and it is critical to find as the level of competition skyrockets toward the top-end of the rankings.

When asked of how he comes about that balance, Crute expresses the contradictory understanding of pursuing a finish against an experienced and battle-tested fighter like Smith.

“If the finish is there, it’ll come and I have to chase it,” he said. “If I’m meant to finish (Smith), I’ll finish him, but if not, I’ll be happy with the decision. But, if it’s there, I’ll get it because I’ll be looking for it.” 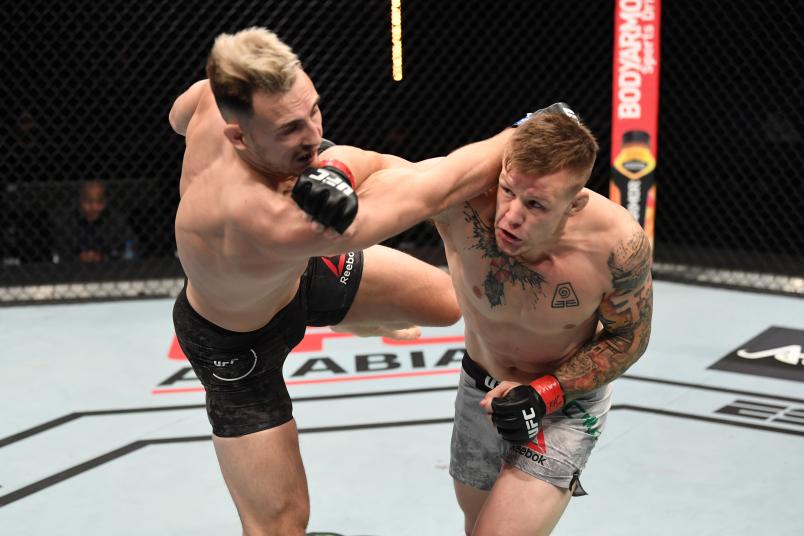 Few fighters have accomplished that goal against Smith in the UFC since he moved to light heavyweight in mid-2018. In eight fights at 205 pounds, only Glover Teixeira earned a stoppage win over Smith, and even that took a couple rounds of domination before the referee waved off the fight.

Even with that in mind, Crute doesn’t intend to just outpoint Smith. Although the win would instantly be the biggest of Crute’s career, he has more prestigious intentions.

As he puts it, a finish over Smith puts him in a sort of “lone category” and intends to put his foe away with each shot thrown. The spotlight is brighter than any Crute has felt to this point, but essentially, he knows it all boils down to the chance at hand, a chance Crute understands plainly.

“This takes me from a prospect to a contender,” he said.