Jimmy Crute Is Expecting A Scrap

Light Heavyweight Jimmy Crute Believes His UFC Fight Night: Font vs Aldo Bout With Jamahal Hill Has All The Makings Of A Banger.
By Maddyn Johnstone-Thomas • Dec. 3, 2021

Sometimes in life, people say, ‘it’s a marathon not a sprint’. But for Jimmy Crute, he looks at his career in the UFC as both.

“It’s a sprint, but it’s a long-distance sprint,” Crute said. “You have to have fun doing it, but why take it slow? I want to fight as many times as I can. It’s a marathon in a way that I want it to last a long time, but it is a sprint because I want to give a hundred percent all the way through.”

The 25-year-old has gone 4-2 inside the Octagon since making his debut three years ago. The last time fans saw Crute was back in April at UFC 261, where he faced Anthony Smith. Heading into the bout, Crute said that he felt as if a victory could take him to the next level, from prospect to contender.

However, after falling to Smith due to a doctor’s stoppage at the end of the first round, Crute doesn’t want to have that mindset of jumping from prospect to contender anymore.

“I try not to think about it now,” he said. “I’ve thought about all that stuff twice in my career and I’ve lost both fights that I’ve thought about it, so I think from the last fight my stock rose. I just want to fight. I’m not in my prime yet. I’ll have a lot of fights, get experience and then hit my prime and I’ll start chasing the title.”

This time around, Crute doesn’t have those thoughts going into the fight and he feels better all around.

“I’m feeling really good this week; it’s a way more positive vibe this fight week compared to the last one…I was just in a bad headspace and everything that could’ve went wrong, went wrong,” Crute said. “I think that it was all up in my head, but this time I feel free as a bird.” 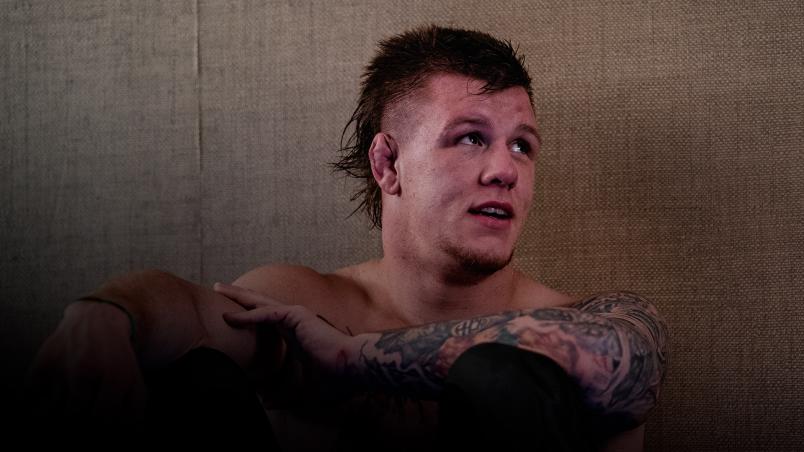 This weekend at UFC Fight Night: Font vs Aldo, he’ll match up with another light heavyweight who is chasing after the title: Jamahal Hill. If anyone knows what it is like to want to keep fighting even after an injury, it’s Hill. During his last fight against Paul Craig at UFC 263, Hill got his elbow dislocated when Craig when for an armbar.

Crute mentioned how he much respect he has for Hill and the way that he pushed through in his last fight. Even though Crute has respect for Hill, the two are going to battle when the Octagon door gets closed and Crute knows what he must do to come out victorious.

“He is a tall, rangy, southpaw, three things that are a bit of a puzzle,” Crute said. “His striking is really good. I feel like his grappling is underestimated because of his last fight. I don’t feel like he got to show what he is capable of, so I’m not taking him lightly there, but there are massive holes everywhere. There’s massive holes on the feet, and massive holes on the ground that I’m going to exploit.”

With four of his twelve wins coming by submission, Crute has shown his ability to be powerful on the ground and has no problem doing it again on Saturday night. And when asked if the ground could be an area w 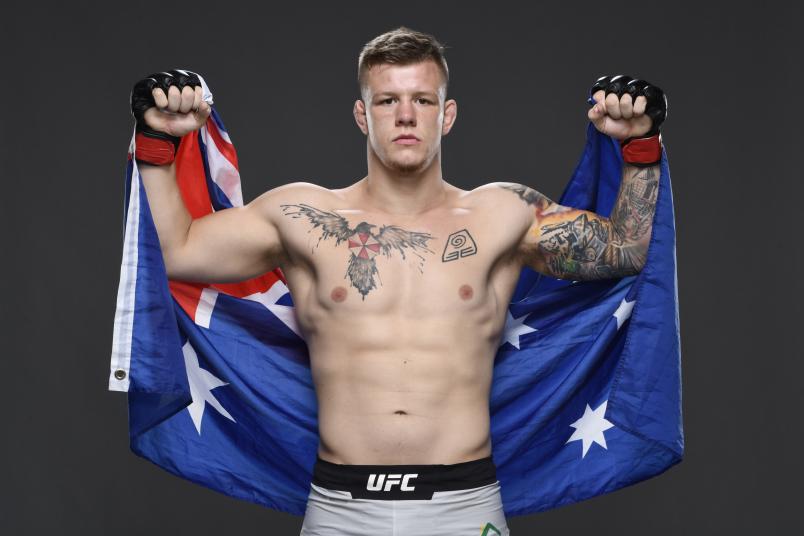 There’s no doubt that Crute is hungry to get back in the win column to continue to climb his way up the light heavyweight ladder. The game plan to success includes being himself, taking out the outside noise, having fun, and going to war. When you look at the two fighters entering the cage, the fight has potential to produce fireworks.

“Me and Jamahal both don’t take backward steps, we both like punching on, we like scrapping. We both fight with a very exciting style and neither of us have been in a boring fight, so add all of those things together and what do you get?”