Jim Miller: As Tough as They Come 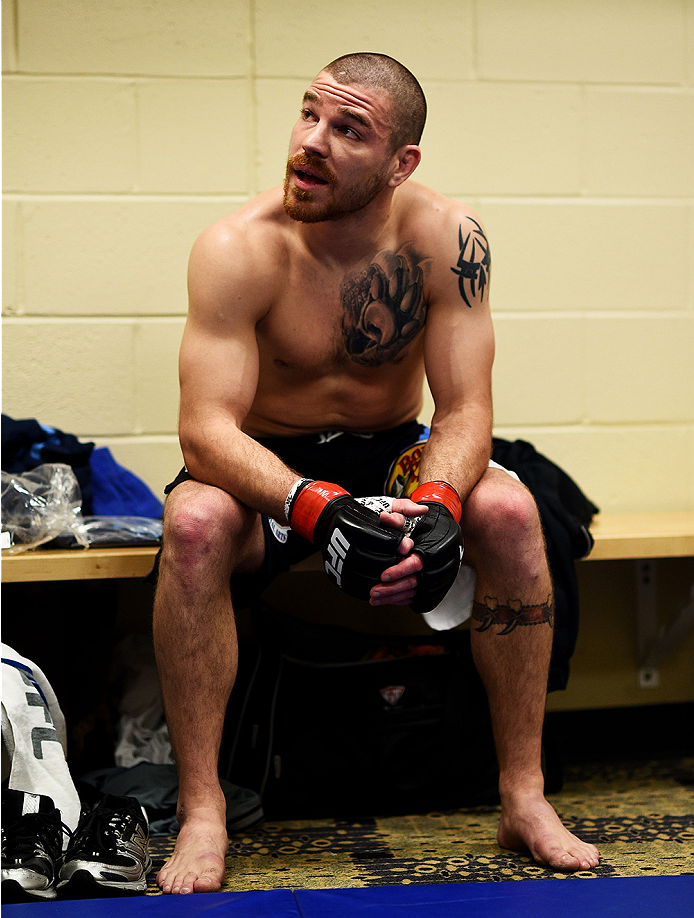 Just because the concept of it being difficult to get to the top and harder to stay there may sound cliché doesn’t take away from the truth involved.

The highest level of mixed martial arts is one where consistency achieved is a remarkable feat, especially when it comes while competing in what is arguably the most talent-stacked weight class under the UFC banner. New Jersey native Jim Miller has been a staple in the upper echelon of the shark tank lightweight division for the past seven years, and he has no plans of going away anytime soon.

“It’s pretty cool to have been around for as long as I have,” Miller said. “That is something I take pride in. My first fight with the UFC was back in 2008, and between Dan and I, this will be the 33rd fight we’ve been in inside the Octagon in less than seven years. That’s a hell of an accomplishment, and it shows a willingness to fight and resiliency. I’m proud of what I’ve done inside the Octagon , but there is still so much that I want to accomplish.

“I think the average run for most fighters in the UFC is four or five fights. That shows how many men and women come into the Octagon, fight twice and are gone. It’s a pretty cool thing to know I’ve been doing this for as long as I have and have been fighting the best my division has to offer pretty much the entire time I’ve been here.”

When the Sparta-based fighter steps into the Octagon to face fellow veteran Danny Castillo this weekend at UFC on FOX: Dillashaw vs. Barao 2 in Chicago, it will be his 20th trip to wage war under the bright lights on the sport’s biggest stage. There are few men on the current 155-pound roster who can claim as many appearances on their resume as the younger of the two Miller brothers, but the scrappy lightweight is far from content with just having an ample amount of time served in the UFC.

Miller’s competitive fires are still burning hot, and he’s determined to regain his place in the hunt for a shot at the lightweight strap. In order to do that the 31-year-old will have to defeat “Last Call” and bring his recent two-fight skid to a halt, and there is something about those circumstances that brings out something special in the perennial contender.

He is resilient by nature, and the path of most resistance is where he’s found the best he has to offer time and time again. That’s what Miller envisions in the lead up to his bout with Castillo, and that is what he’s aiming to show in “The Windy City.”

“I’m ready for a fight,” Miller said. “After my last fight I was looking to get back in there as soon as possible, and called up (UFC matchmaker) Joe Silva to tell him I’m ready to go. He called me back three days later, said Danny’s name and here we are. Danny has been around a long time, and he’s a tough dude, so I figured we’d cross paths sooner or later inside the Octagon. It’s a fight I’m excited about because he’s fought a lot of tough guys and he always brings it. Those are the fights I love.

“I’m always looking to give my best and my motivation has always been to go in there and beat the snot out of the guy who is standing in front of me. That’s always been there and it will always be there because that’s just my competitive nature. I also feel the pressure heading into this fight with Castillo. My last fight was kind of a letdown and I pissed the bed in a manner of speaking, but this will be my 20th fight inside the UFC and I’m looking to get to 30 so I have to win. Really it’s about going out and doing what I love to do and performing at my best.” 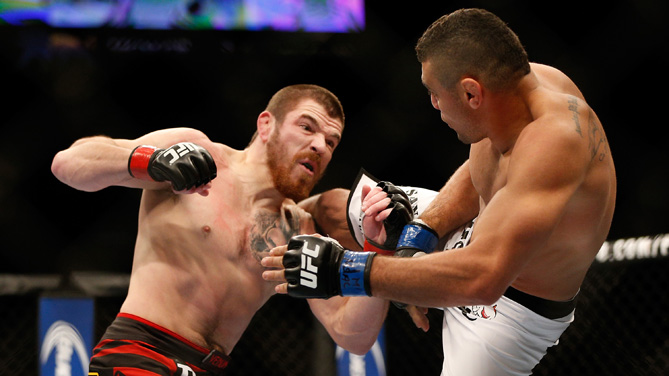 While the quest to obtain victory inside the Octagon has always been Miller’s primary objective, his time in the UFC has come with more adversity than many of his peers have ever imagined dealing with. On one hand, he’s trained and competed stride for stride alongside his best friend and older brother Dan Miller, and in doing so has endured his share of the family tragedy that has stricken the older half of the fighting Miller collective.

Where most fight fans only see what goes on in the minutes between when a fight begins and ends, the Millers have overcome some substantial obstacles just to make the walk to where the competition side of fighting takes place. That said, their family is of the mentality that time spent wasting words isn’t something they are wired to do, instead, it’s the process of walking through the proverbial fire that lends meaning to the process.

“It has been a hard road and there have definitely been a few bumps in it,” Miller said. “But this is the path Dan and I chose to make a living, and you have to deal with those things. People in other professions have to deal with them as well, and we aren’t the type to bitch about it. My brother Dan has had a particularly tough road and I’ve lived through it by proxy. It’s one thing to see your teammate go out there and have a rough night, or have a rough camp and still go out there and fight, but when it’s your brother it’s very difficult.

“The toughest things in my career have come from Dan having to deal with something difficult. We are so close and it’s impossible to not have those things affect you. But we keep fighting through whatever comes our way and that’s how it has always been.”