A move to Northern California and to bantamweight helped Jessica-Rose Clark rediscover her love for the sport.
By Jon Gagnon • Nov. 6, 2019

It’s been a long journey back for Jessica-Rose Clark. We last saw her in June of 2018 as a flyweight when she fell by decision to future title challenger Jessica Eye. Forced from two bouts due to weight cut issues and a foot injury, this Saturday at UFC Moscow will mark nearly 18 months since she last stepped in the Octagon.

Fans can expect a brand new version of Clark.

“They could’ve given me this fight and not told me who it was against or where it was and I would have taken it,” Clark said.

Clark didn’t just reinvent herself by moving back up to bantamweight. She also switched gyms and has focused on perfecting specific aspects of the game.

But most importantly, she fell in love again.

“Going through that time has made me realize the love I have for this,” Clark said of her time away from the Octagon. “It’s easy to get burnt out on something when it’s your job and something you’re doing every day. Not being able to do it, it really brought back my love for the sport.” 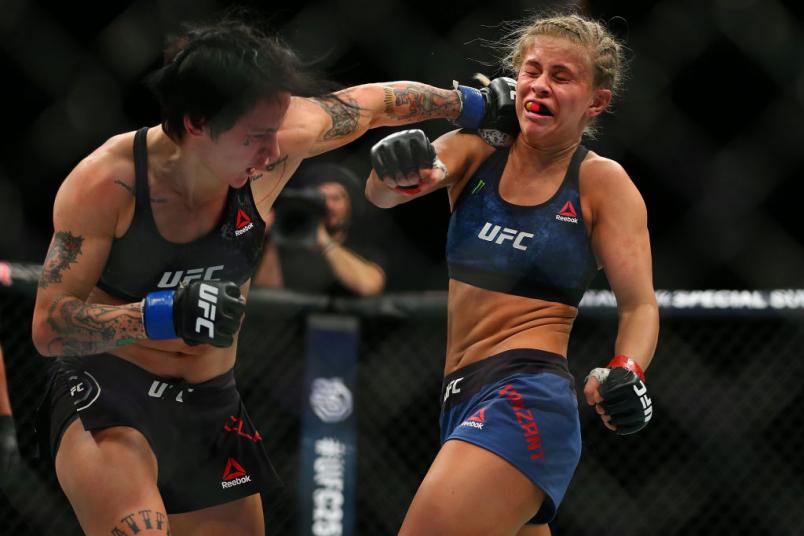 Clark moved to Northern California and joined the Combat Sports Academy, which is known for its world class strikers. Clark said she has grown leaps and bounds because despite being one of the few UFC-rostered fighters, she was one of the least experienced.

Clark believes the training at CSA will give her an edge Saturday against Pannie Kianzad because she believes the athletes she’s been sparring with are better and more established than Kianzad, who defeated the Aussie in their 2015 Invicta FC bout.

Still, after all she’s been through, the question of “ring rust” must be raised.

“I don’t think it’s real. I feel like I’ve competed enough to know what it’s like to be in the cage. From a mental standpoint I’m fine,” Clark said. “I’m not nervous and I’ve been pushed further in this camp than I have my entire career.”

Without the daily struggle of worry about a weight cut, she’s operating at full strength mentally and physically.

“I feel like this is the most mentally ready I’ve been going into a fight because I’ve had so much time to think about it,” Clark said. “These girls (at bantamweight) are a lot bigger and more established so it’s a harder road. But I wouldn’t be doing this if I didn’t think I’d be in contention for the title.”