Jessica-Rose Clark: ‘Everything Is Lining Up’

It took a while, but Clark is finally at a point in her life where she understands her goals and everything and everyone around her is aligned with them. She found a home in Northern California training at Combat Sports Academy under the tutelage of Kirian Fitzgibbons and training with people who want the best for her. Clark also touts her work with a mindset coach as a big factor in helping to sort out the mental side of the game, as well.

On top of that, Clark has a clean bill of health for the first time in years. A pair of serious injuries forced year-long layoffs, but she most recently returned from ACL surgery with a unanimous decision win over Joselyn Edwards in October 2021. Although she felt a little disappointed with an unspectacular effort entertainment-wise, the fight was crucial to building her confidence in her reconstructed knee. 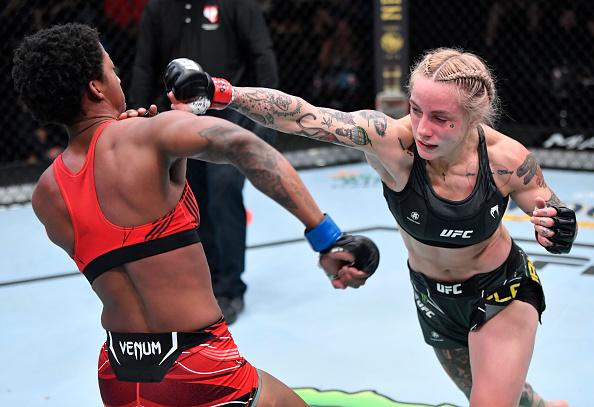 Jessica-Rose Clark of Australia punches Joselyne Edwards of Panama in a bantamweight fight during the UFC Fight Night event at UFC APEX on October 23, 2021 in Las Vegas, Nevada. (Photo by Jeff Bottari/Zuffa LLC)

Jessica-Rose Clark of Australia punches Joselyne Edwards of Panama in a bantamweight fight during the UFC Fight Night event at UFC APEX on October 23, 2021 in Las Vegas, Nevada. (Photo by Jeff Bottari/Zuffa LLC)

“It gave me such a sense of accomplishment because I overcame such a massive fear that I had going into it,” Clark said. “I really proved a lot to myself. I proved that my knee was strong. I proved that I had the cardio, I had the gas tank, I had the strength because obviously, coming from flyweight back up to bantamweight, one thing that’s been in the back of my head for a while is, ‘Oh, maybe I’m not big enough. Maybe I’m not strong enough,’ but that fight proved that I absolutely have the strength and the physicality to compete because she was no joke. She was super strong, very explosive, very athletic, and I kinda controlled her at will. Whilst I’m not overly happy with how the fight looked, my takeaways from it are only positive.”

Next up for Clark is Stephanie Egger, a black belt-level judoka from Switzerland who picked up her first UFC win with a TKO over Shanna Young.

Clark said she and her coach often try to put her opponents on their “B-game.” Against Alpar, that meant striking. Against Edwards, wrestling. Given Egger’s grappling prowess, Clark is hopeful she can lean on her own striking skills, which is what she calls her own “A-game.” 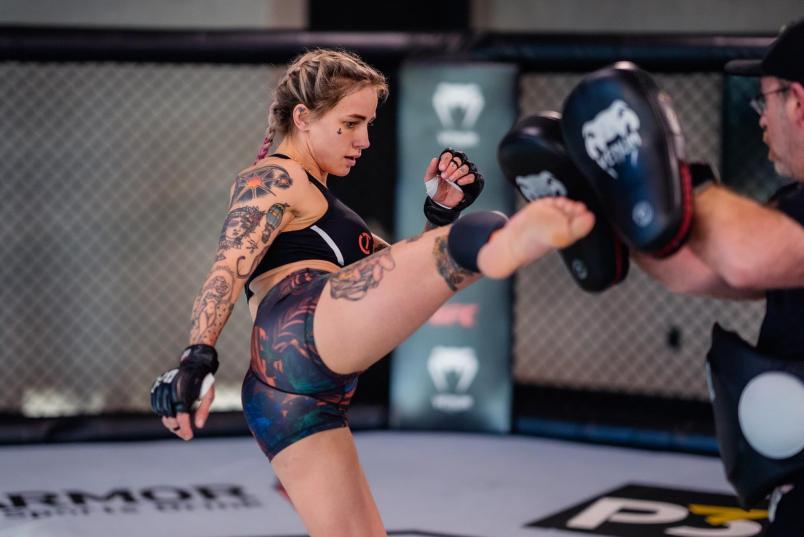 The clock isn’t necessarily ticking for Clark, who turned 34 last November, but she doesn’t anticipate fighting for more than 10 years. She knows she has a handful of good years left to give in the sport, and she is keen on making the most of that window of time while she can.

That’s part of the reason why she was eager to fight in the first quarter of 2022, her fastest turnaround since 2018. After entering the UFC as a flyweight, Clark feels healthy and at home as an undersized bantamweight. Since returning to the division, she is 2-1 and believes it’s about time she starts making headway in the division’s rankings.

“I believe, when I win this fight, this is going to be my last one against an unranked opponent,” Clark said. “I’m hoping I have a little number beside my name, and I’m really excited to just get the ball rolling.”

The win over Edwards not only gave Clark confidence in her body, but it also shed light on the fact that all the choices she made leading up to that result were the right ones.

“(It) was the proof that I needed that I was heading in the right direction, and I’d finally made all the changes within my personal and my professional life to put me back on the right track,” she said. “I’ve spent the last couple of years, injuries aside, sidetracked by things in my personal life. Before I went sober, it was a lot of alcohol abuse, and then it was terrible boyfriends and trying to move to different states. It was a lot of external stuff that was going on, and in the camp with Joselyn, I finally just went, ‘No. I need to put myself first. I need to stop doing this.’” 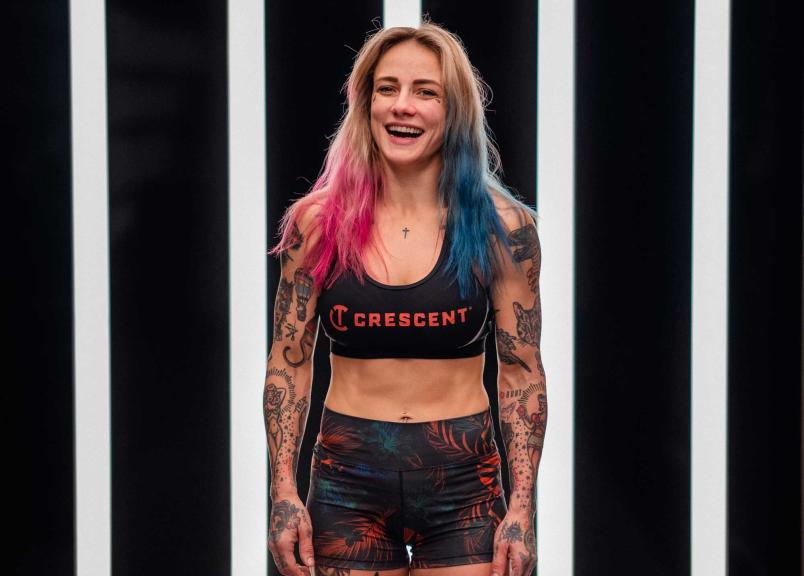 The last shift she made was a change in management, and although she is complimentary of her previous manager, she believes the swap was the final piece to the puzzle.

All in all, Clark is in a healthy and excited headspace before her return to the UFC APEX, where she is undefeated. Her confidence is at an all-time high, and it’s at a point where the result isn’t a critical ingredient to that self-belief. On fight night, it’s just about scrapping, which is what she loves to do, anyway.

“I just feel like the 12 years that I’ve been doing this, everything is finally lining up,” Clark said. “Even if this Saturday didn’t go the way I want it to go, I’m still very happy with where I’m at, and I know it’s only going to be one more step until I get back there. I’m hoping I have a little number next to my name after this one, but we’ll see. I have faith that my management team and Mick Maynard have a good plan for me. He’s always been really good to me, and I’m just excited to get in there on Saturday.”