"I feel very thankful that I’m still able to do it and everything came into place. I feel super lucky and blessed." - Jessica Rakoczy 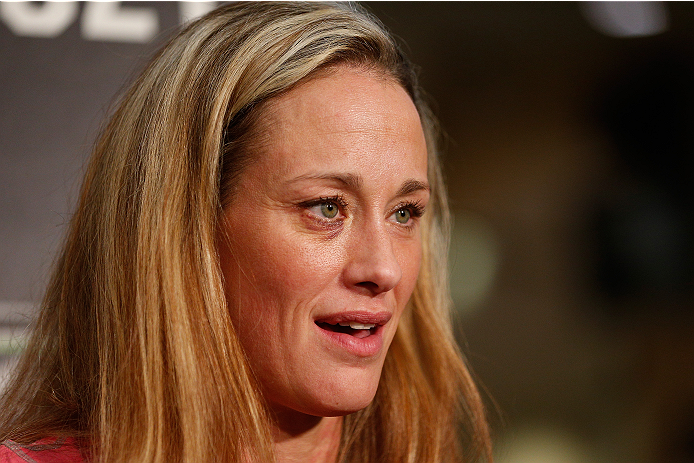 This really isn’t how anyone expected things to go for Jessica Rakoczy. If anything, stardom for the Ontario native should have taken place years ago, when she was winning title after title, beating the best opposition available in the world of boxing. But to see her finally getting the recognition she’s deserved at the age of 36, and not in boxing, but in mixed martial arts, has been nothing short of remarkable, as well as a testament to the power of persistence.

Making her UFC debut on Saturday in the Ultimate Fighter season 18 final against Julianna Pena, Rakoczy’s combat sports success was pretty much expected from the time she won her first world title in 2004. The only thing is that when she hit her prime in boxing, the power brokers in the sport, from promoters to television executives, didn’t care about the women’s side of the sport. So despite numerous world titles and 33 wins in 37 fights, she didn’t get the acclaim or paychecks that a male with similar credentials would.

“I thought, man, it sucks to be a girl in a man’s sport,” said Rakoczy. “I really wanted to box and I love boxing so much, but you’re doing it because you love it because there’s nothing else. There’s no money in it anymore and you’re strictly doing it for the love of it. And with these opportunities at 135 in MMA, my coach was like ‘you have to do it.’ I didn’t even think that I was going to be able to get up to that weight again. After I had my son I lost so much weight, and everything just happened so perfectly. It was perfect timing for everything and I guess it was meant to be.”

Yet when she started training in mixed martial arts with her coach, renowned kickboxer Dewey Cooper, in 2009, she fell into the trap of practically every boxer that crossed over to MMA – my hands are so good that they’re all I need. And that’s not the case, something she found out immediately.

“You’re in denial because that is far from what will happen, and you really have to study everything,” she said. “There are so many different little aspects to this. I look at it as two different sports because it’s really not the same. I know it’s fighting, but there’s so much more to it. There’s just so much.”

While still keeping her boxing career active, Rakoczy turned pro in MMA in October of 2009, losing her first three bouts, albeit with two of those defeats coming against respected contenders Zoila Frausto Gurgel and Felice Herrig. It was a rude awakening for someone who was so successful on the other side of the combat sports street.

“The ground, my stance,” she said of the adjustments and additions needed to transition to MMA. “You get taken down right away, and boy, I learned that in my first few fights. My stance was totally wrong, and the girls just took me down and I was defenseless. So I’ve had to work on the positioning of my feet and my takedown defense, which is obviously something that I’m still working on now.”

“It’s been very tough and I’ve kind of been learning the hard way, taking those fights last-minute and not knowing anything on the ground and losing,” Rakoczy continues. “And I take full responsibility. I should have prepared myself but I was ignorantly thinking ‘I’m a boxer, I can get away with it and just box them.’ And it didn’t work that way.”

Time and hard work can do wonders though, and by September of 2012 Rakoczy picked up her first MMA win, knocking out Kristen Gatz in the first round. Four months later, she added another boxing title to her resume, defeating Ada Velez for the WIBA super bantamweight crown, and then came the opportunity that altered her life: The Ultimate Fighter 18.

Respected for her boxing ability, but seemingly outgunned everywhere else against a more experienced crop of fighters, Rakoczy earned her way into the TUF house with a submission win over Revelina Berto, and as the series went on, she continued to surprise, stopping MMA vet Roxanne Modafferi in the second round in the quarterfinals and then decisioning Raquel Pennington in the semis. Just like that, Rakoczy is now a win away from a six-figure UFC contract. Needless to say, she’s all in when it comes to MMA these days.

“I was hooked,” she said of the TUF experience. “I was just disappointed because I was hurt the whole time, so I wasn’t competing at the top level. The whole time I was doing rehab for my shoulder. But I feel so much better now that I’ve had a good camp with my coach.”

If fighting hurt and making it to the TUF 18 finals wasn’t impressive enough, consider that Rakoczy is still learning the finer points of the sport, so leaving her regular coaching staff for six weeks had to be rough as well.

“That was an adjustment for me because I’m so used to him (Cooper), but a lot of (coach) Ronda (Rousey)’s people are friends with a lot of my boxing friends, so they knew me through them, and it was nice to still have that connection and they’re great people,” she said. “But there’s nothing like working with your own coach and your own team. It makes a huge difference.”

Jessica Rakoczy has made it. Not the way she expected it, but she made it nonetheless. And now that she’s here, she’s ready to finish the job on Saturday.

“My coach actually reminds me every day,” she said. “He puts it in my head that this is my legacy. He says ‘Look at everything that you’ve been through and gone through, and this is a perfect storybook ending.’ So I feel very thankful that I’m still able to do it and everything came into place. I feel super lucky and blessed.”