When you visit Jessica Penne’s Twitter page, you’re greeted by wallpaper with the quote: “Just be you, and if people don’t like it, well f*** them.”

“You know, I'm a Cali girl,” she laughs. “But the first time I came to New York, I really felt the energy and I'm like, ‘You know what? I feel like maybe this is the place for me.’ I feel like I fit in a little bit better on the East Coast – it’s a similar personality, energy.”

New York would probably be happy to claim her, but as she begins to discuss what will be her first fight in the Empire State—a prelim bout vs Emily Ducote at Saturday’s UFC Long Island event—her Cali girl vibes start to emerge.

"I've been in gratitude of being here and enjoying the process and trying to be very present with where I'm at, and I'm not taking anything for granted." 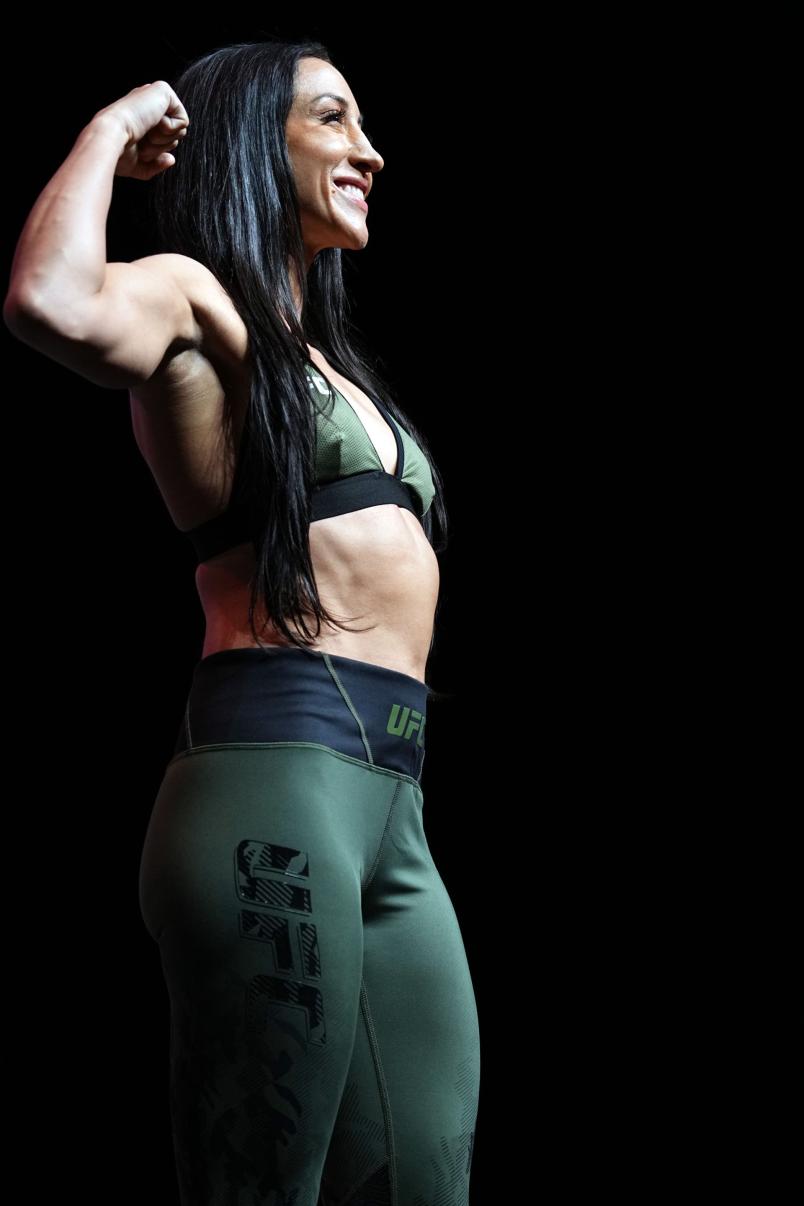 Jessica Penne poses on the scale during the UFC 265 ceremonial weigh-in at Toyota Center on August 06, 2021 in Houston, Texas. (Photo by Mike Roach/Zuffa LLC)

Not exactly the sentiments you often hear down in the turnstiles, but with the momentum of her two-fight win streak and a reborn career, she can’t help but feel the Zen.

"I think I'm in a good place mentally, physically, emotionally. I have a really great support team around me. I am confident in my training, confident in my coaches and my training partners. So that always feels good to go into a fight like that."

The success is all the sweeter in light of the fact that it might not have happened at all. Following a fight in Nashville in April 2017, Penne suffered through one of the most frustrating USADA suspensions in recent memory, the fallout from a disclosed over-the-counter medication recommended by her doctor. In a heartfelt post on Instagram, she laid bare her fear that the suspension--handed down while she was in her late thirties—would effectively result in her retirement from the sport by the time it was resolved:

“…This incident was a wake up call which made me hyper paranoid about everything I put in my body because the stigma of being thought of as a cheater is humiliating and something that goes deep to my core beliefs that I couldn’t be tied to. I went broke during this time and embarrassingly had to do anything I could to make ends meet… I drove for Lyft, taught privates and anything I could do to get by.”

She started a GoFundMe to fight her case, and after much painful back-and-forth, the suspension was reduced and made retroactive.

"Being away from the sport was very challenging, but I made the best of my time. I learned and grew a lot as a person, as an athlete. I found the silver lining in that at that time, and I appreciate it now. I can look back and just take the positives out of it and it definitely fueled me moving forward because it kind of reinvigorated my love and desire to compete, which was waning in the past.”

After many fits and starts, she finally climbed back into the Octagon four long years later in April 2021, where she scored a split decision nod over Lupita Godinez. She would follow that up a few months later with a Performance of the Night-winning armbar submission of veteran Karolina Kowalkiewicz.

“Every fight and learning experience is very special to me, especially being away from the sport for so long. It means a lot to me that my time away was well spent. I'm still here. I'm still doing my thing. I'm still able to compete, which is a really big takeaway for me.”

Since turning pro in 2006, Penne has compiled a 14-6 pro record that includes a successful run on The Ultimate Fighter 20 and a UFC strawweight title challenge against Joanna Jędrzejczyk  in 2015. In Ducote, Penne faces a talent that mirrors her own career in many ways: both had early days in Bellator, both are former Invicta champions, both are black belts in Brazilian jiu-jitsu.

"I’m definitely familiar with Emily Ducote,” she says of her opponent, who will be making her first UFC walk. “She's been around for a while. She's been competing in different organizations all over the place, has great accomplishments. I know that she's well-rounded, I know that she's excited and has been wanting to be here. So it's exciting to share the Octagon with her. 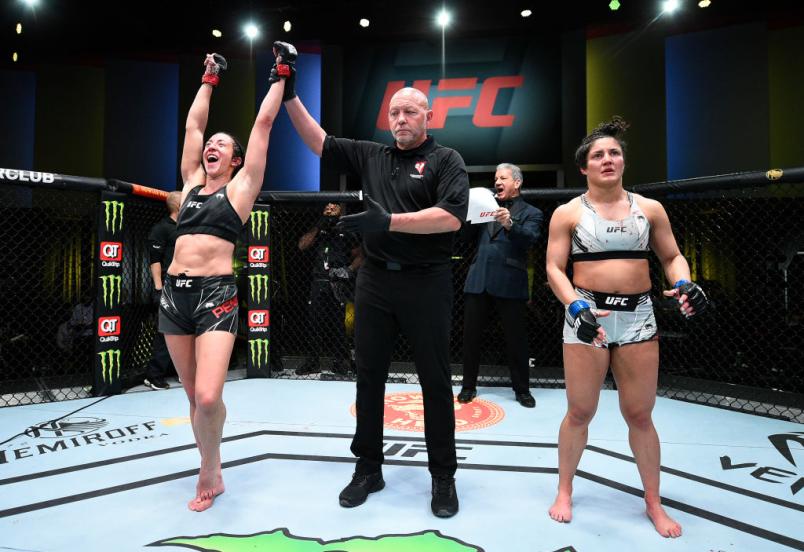 Jessica Penne reacts after her split-decision victory over Loopy Godinez of Mexico in a strawweight fight during the UFC Fight Night event at UFC APEX on April 17, 2021 in Las Vegas, Nevada. (Photo by Chris Unger/Zuffa LLC)

"What I need to be aware of mostly is the excitement of being there for the first time. I think that is definitely something that really fuels a fighter and makes them rise to the occasion.  So I definitely feel like I will be meeting the best version of her."

Asked if she prefers someone whose skill set so closely matches her own, Penne doesn’t hint at a preference.

"I think I can draw excitement in any challenge that I face, so it's exciting to go against somebody like Emily, who's very well-rounded, who has been competing for a long time. It's always nice to, you know, find different ways to challenge myself with each opponent. I think I can mirror that as well. I'm well-rounded, I'm a veteran and I know what it takes to win, and I know how to win.”

You can take the girl out of California, but you can’t take the California out of the girl. The good vibes persist.

“It feels good to be here, it feels good to compete in the sport that I love and, yeah, I'm just happy to move forward and keep building up the momentum that I created."