Jessica Penne Is Focused On The Positive Ahead Of An Important Fight At UFC 265: Lewis vs Gane
By McKenzie Pavacich, on Twitter @mpavacich_ • Aug. 5, 2021

Gratitude has been the foreground of most of the facets of Jessica Penne’s life over the past few years, both in and outside of the Octagon.

It’s a practice that has created both juxtaposition and balance in her life — marrying living in a higher state of thankfulness and presence with the violence that’s incurred in her career. Despite how jarring that idea is, it’s exactly what the 38-year-old needed as she enters this next phase of her career.

“I tried to make the best of my time off and really work on myself, my mind-body connection, my emotional intelligence, and just maturing and developing emotionally, as well,” Penne told UFC.com during her UFC 265 fight week interview. “This is a really challenging sport, but it’s also an amazing sport. It’s an amazing time to be involved in the sport, especially as a female. If I don’t focus on gratitude and focus on the positive of these experiences, then eventually it’ll just weigh me down.” 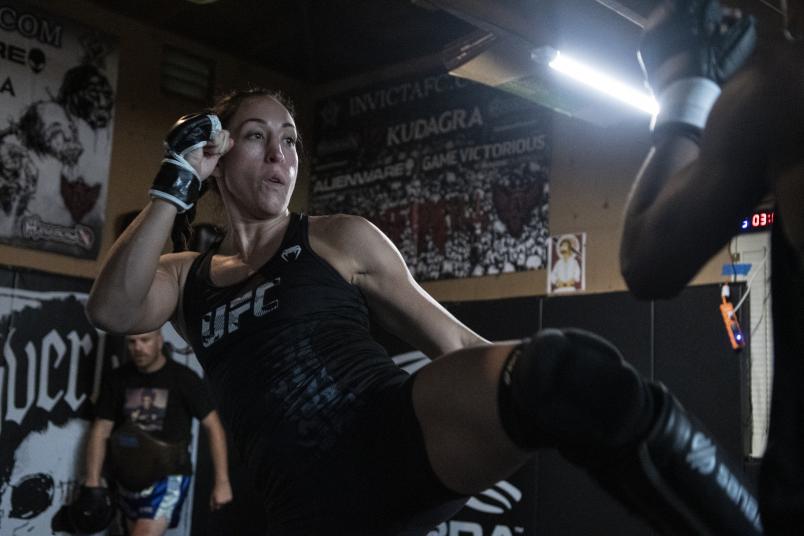 Something Penne is particularly grateful for this time around is having the opportunity to fight on the same card as her teammate and friend, fellow strawweight Angela Hill.

“It’s funny, we’re so used to cornering each other that we have to keep reminding ourselves that we’re both fighting Saturday.”

After four years away from competing under the bright lights, Penne returned to the Octagon in April, winning a split decision over Lupita Godinez; but not without a few small setbacks in delays and changed opponents along the way. 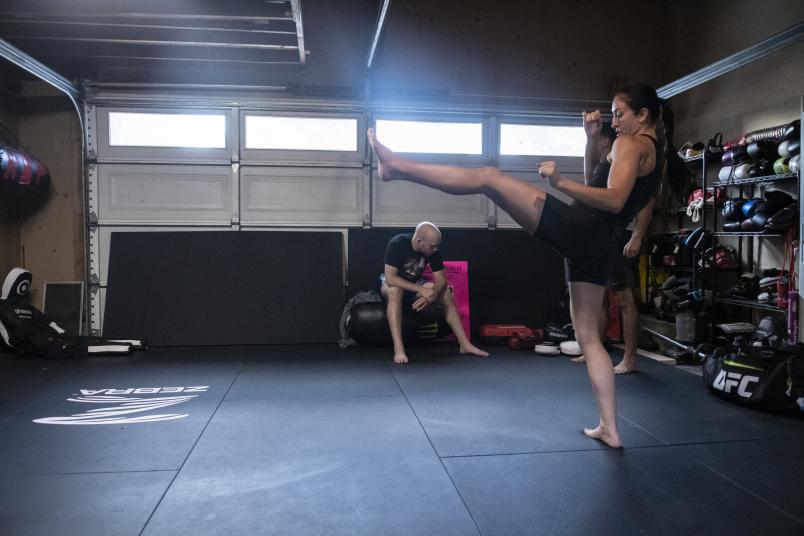 “The most important thing for me was really just staying present, not just focusing too much on the past or worrying about the future because as someone who experiences anxiety, that’s where anxiety lives,” Penne explained of the last-second adjustments necessary leading into her return. “So just staying really present and just taking everything as it comes with an ‘it is what it is’ mentality.”

One of the biggest takeaways from her UFC Fight Night performance was the opportunity to prove the things she believed to be true about herself to others, and also to herself.

“It was extremely important for me to just really build off that momentum and that experience,” the former Invicta atomweight champion said. “It had been so long since I fought so it answered a lot of questions for me, it gave me confidence going forward, and I just wanted to keep that momentum going. I cannot make up for lost time, but I can make the most of the time I have, moving forward.”

“Some of the questions that I answered to myself were if I remembered to fight,” Penne said, laughing. “It had been so long, I was just kind of wondering to myself if I remembered, you know, how everything works, and I did. One of the main questions: do I still know how to find a way to win, and I think that’s really important to know.” 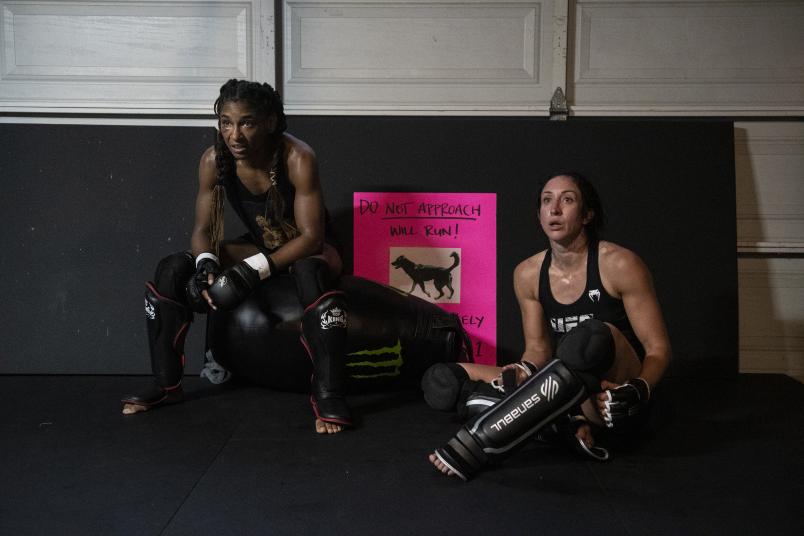 Proving her ability to dig deep and come out victorious after a 15-minute fight was a pivotal moment for Penne, whose thoughts led her to doubt whether or not a return in the UFC was meant to be.

“I think it happened the way it was meant to happen for the best possible outcome for myself. So, it was just, you know, staying in gratitude with the process, trusting the process, and trusting that this was happening for me.”

The next thing to happen for her is a true test in former UFC strawweight title challenger Karolina Kowalkiewicz — a test Penne believes will “bring out the best in both of” them.

“I think it’s going to be a really fun fight,” Penne said, smiling. “I’ve always admired her inside the Octagon, her fighting style; I like that she comes forward and pushes the clinch, and I love being in the clinch, so I’m really excited.”

With both fighters having so much to prove — Karolina looking to snap a four-fight skid and Jessica looking to prove herself and cement her place in the UFC — these two former UFC strawweight title challengers will be sure to leave it all in the cage come Saturday night.

“I think if Karolina has taken each experience and learned and grown from it, I think it makes her an extremely dangerous opponent. And that much hungrier for the win, honestly,” Penne said. “I think our styles match up pretty well. I think that she’s the kind of opponent who will bring out the best in me, and I in her, so it’s definitely exciting to fight someone of her caliber and experience.”