The Jersey Devil Ready to Emerge

"I feel really good about my hands these days. Plus, I’ve got better
wrestling, so I feel I can dictate where this fight goes pretty easily." - Nick Catone 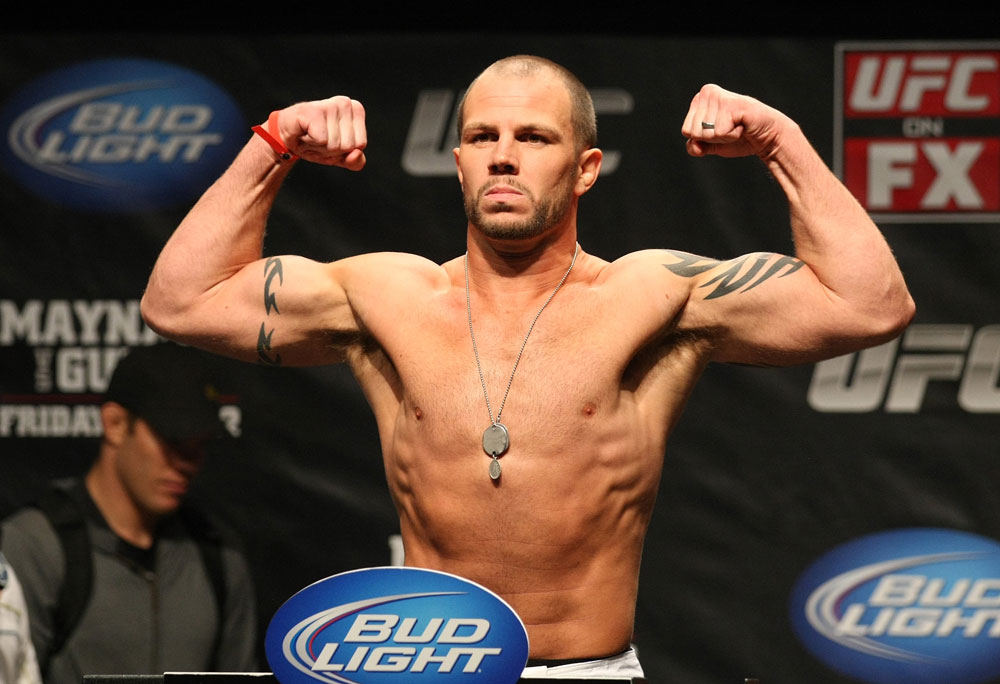 New Jersey’s own Nick Catone faces Tom “Kong” Watson this weekend at UFC 169 at the Prudential Center in Newark, NJ, and for the hometown fighter, it’s a chance to put his recent performances in the rear view and start 2014 off on a right note.

“My last fight I tried to do welterweight and let’s just say it wasn’t the best decision,” he said of his bout against James Head at UFC 159 last April, one that got scratched after he was hospitalized for dehydration. “I spent the last ten days of that fight cutting weight, something like 30 pounds and it didn’t feel too great, so I’m back at middleweight and I feel much healthier here.”

Catone also lost his previous welterweight bout against TJ Waldburger in December of 2012 after getting caught in a triangle choke, and dropped one at middleweight to Chris Camozzi after a cut to his head led to a doctor stoppage at UFC on FX4 in Atlantic City in June of 2012. He hasn’t fought since the Waldburger fight.

A age 32, “The Jersey Devil” has felt the wear and tear of his fight career more than most practitioners of his craft do at this point in their careers. In the last two years, Catone has been sidelined with everything from the aforementioned dehydration to back injuries and a torn Achilles, and fighting back from those injuries has been a tough road for the new father.

But these days he’s fighting with a new found motivation.

“Our daughter Madeline is three months old now, and when I look at her I find myself thinking about her future instead of my own,” he said. “And I am looking forward to getting back in the cage and putting on a show she can be proud of when she gets old enough to watch.”

In Britain’s Watson, Catone will be facing a tough fighter with nearly the same fighting style as his own.

“He has really good boxing but I’ve been working with my boxing coach Frank Savannah for years now, and I’ve got (Frankie Edgar boxing coach) Mark Henry over at Ricardo Almeida’s as well, so I feel really good about my hands these days. Plus, I’ve got better wrestling, so I feel I can dictate where this fight goes pretty easily.”

Catone is somewhat of a local legend in nearby Brick, NJ, where he was a State wrestling place winner at Brick Memorial High School, and at Rider University he was a two time Division I conference champion and racked up over 100 career wins. But the lifetime of competition has not been too kind to Catone.

“My back has given me lots of problems over the last few years,” he said. “I am definitely beginning to feel the wear on my body, but I’ve had a really good camp. It’s always great to fight at home, and I’ve been training with Marlon Moraes, Frankie Edgar and Edson Barboza at Ricardo’s, and we’ve got Rafael “Sapo” Natal and Akira Corassani from Renzo Gracie’s, so I feel as prepared as ever for this fight. Plus, the support I know I will have at the Prudential Center always helps push me toward a W, but I’m looking to finish him this time. I know Frank Savannah would like to see a knockout from me.”

Catone is capable of one, but has yet to let his hands go the way his coaches would like.

“I’m not sure what’s holding me back in that area,” says Catone. “Sometimes I rely too much on my wrestling, but this time I am ready to show the fans what I can do on my feet.”

Nick owns a growing mixed martial arts academy in Brick, where he grew up. In fact, he’s had to change locations twice in the past two years to accommodate the number of students he and his Intensive Care Unit nurse wife Marjorie have received at the gym.

“The school is doing great,” he said. “It definitely keeps me busy and Marjorie is an amazing partner at the gym. I am extremely fortunate to have such great instructors and such great students. It motivates me as much as my daughter, because when so many people believe in you, it’s hard not to give it 110%.”

Catone is very much a family man. When I talked with him he was in the middle of a daily ritual; having coffee with is 82-year-old grandfather, something he does every morning like clockwork.

“He used to have coffee with my grandmother every morning until the day she died, and I want him to continue to have that, and it is something that has become extremely important to me. Not only does he look forward to our talks, but I do too. He gives me fighting advice too,” he says with a laugh.

Both Catone and Watson have a lot to prove Saturday night. It’s not necessarily a do or die situation, because both guys have a fighting style that seems to serve their bosses well, and that is to say they both tend to leave it all in the Octagon. There’s no safe fighting with either of these men, and it’s safe to say that if this fight goes the distance, it is likely a Fight of the Night candidate.

But Nick isn’t looking for that bonus.

“I want to knock him out,” he said. “I am focused and ready, and then Sunday I’m going to celebrate by watching the Super Bowl with my wife and daughter. Home. On the couch.”