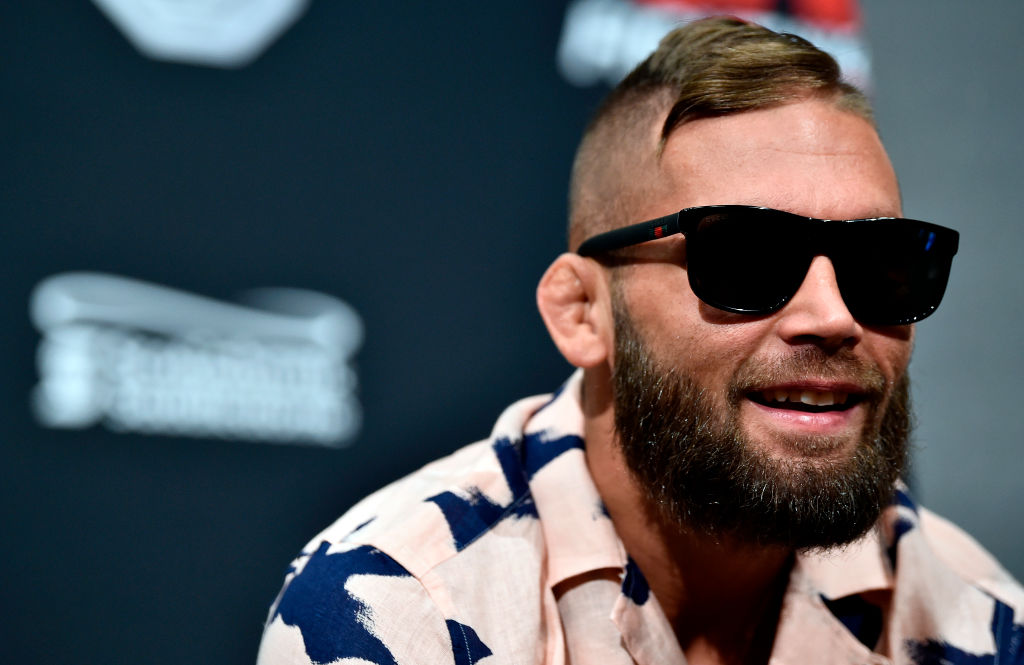 When Jeremy Stephens enters the Octagon Saturday night in Calgary, it will be his third fight in under seven months; and they weren’t just any fights. They were decisive statement KO/TKO victories over Dooho Choi and Josh Emmett that put his entire division on notice. At only 32 years old, he’s still among the most tenured UFC stars, starting in the promotion back in 2007 at UFC 71. He’ll find himself standing across from another decorated featherweight in Jose Aldo in a co-main event that promises to be anything but dull.

UFC: This is already your third fight of 2018. Throughout your entire career, you’ve always brought it. But watching you lately, it seems you’ve hit fifth gear. Do you agree?

JS: Yeah. Like Kanye West – I’m in my zone. I’m really 100%, full-committed, on board with Eric Del Fierro at Team Alliance. There was a time when I was allowing other coaches to get involved, and I was allowing them to dictate the pace of where I was headed. That created a lot of confusion. That was my fault. It wasn’t anything to do with any of the other coaches. I definitely learned a lot from those coaches, but it was confusion on my part going in there. After the Moicano fight, I really had to dig deep. I was like “man, that guy shouldn’t have beat me.” I beat myself more than anything, and that was humbling. I was really down after that. And I had to pick myself back up, and I did it with strength and evolution in my game. These lightning-bolt performances inside the Octagon have really been a testament to getting back on board and hashing everything out with Del Fierro. I’m literally hurting people now with my fighting style and his head coaching. He’s got me taking these guys out, and come Saturday, it’s going to be no different. It’s going to be a sweeter, more evolved, a more dialed-in and focused Jeremy Stephens.

UFC: You’ve been doing this for 15 years. How do you still finding ways to evolve?

"I'm getting better with everything in life." @LiLHeathenMMA Jeremy Stephens talks about how he keeps finding ways to evolve almost 15 years into his career.#UFCCalgary pic.twitter.com/bhXacXIuP5
— UFC News (@UFCNews) July 27, 2018

UFC: Both you and Jose Aldo are veterans of this division and the entire promotion. Did it seem inevitable that at some point your paths would cross?

JS: Yeah, for sure. I feel like now is the right time for me. There was a time we could have crossed paths. We never did. He stayed in the upper echelon. He was always fighting and getting injured. He had big fights. And here we are, I put myself in this situation, and he’s gonna remember me for a long time.

UFC: Three fights in seven months is a lot. Are you looking to keep up this pace?

JS: I told you guys at the beginning of the year that this was going to be my million-dollar year. And I wasn’t joking when I said that! First I fought in January, and when I fought in February I was like “Oh man, I’m I already more than halfway over!” This fight puts me pretty damn close and I can see myself lined up for something big by the end of the year if all goes well come Saturday.