After The Philadelphia Native Broke Into The UFC's Welterweight Division In A Big Way, He Looks To Extend On His Four-Fight Win Streak As He Takes On Court McGee
By Thomas Gerbasi, on Twitter @TGerbasi • Jun. 16, 2022

“Let me tell you, don't let him (Wells) touch your face,” said Gracie. “He touches your face, you're down.” 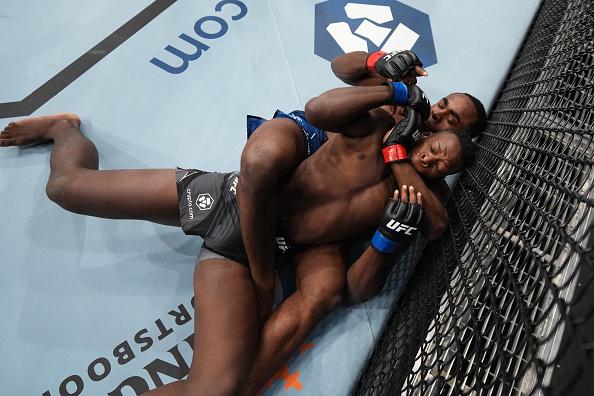 Jeremiah Wells submits Mike Diamond of Zimbabwe in their welterweight fight during the UFC 271 event at Toyota Center on February 12, 2022 in Houston, Texas. (Photo by Josh Hedges/Zuffa LLC)

High praise from Gracie, but if you’re the type of person who thinks a coach is supposed to say that, those who have been on the receiving end of shots from the welterweight up and comer would probably agree with such sentiments.

So where does that power come from? Wells believes he started to realize it after an unusual – and nearly fatal – accident.

“It was way before I even started fighting that I knew I had a gift for power,” Wells said. “When I was young, I lifted a car off my cousin. We were fixing a car and it fell on us and I ended up picking it up with one arm and he came out from under it. And then I dropped it and I was just stuck at that moment, like, ‘Wow, I saved our lives.”

Only 17 at the time, Wells got another hint that he had something extra on his fastball when he would end streetfights emphatically in his favor.

Streetfights? I heard that Wells is one of the nicest guys in the fight business.

“I am,” he laughs. “But I gotta protect myself. And I didn't start them. People usually came to pick me up, saying, ‘Hey, I got a problem with this guy that's bullying me.’ I was the protector of people I was hanging around with.”

But did they know about the lifting of cars? With one arm, no less?

“That was a little secret that I kept to myself,” he laughs.

Well, it’s a damn good one, and Wells’ rise up the 170-pound ladder once he took his power and talent to mixed martial arts mimics the rise of the Daniel Gracie / John Marquez squad that has taken over the UFC over the last couple years to the tune of a 14-0 record compiled by Wells, Sean Brady, Pat Sabatini and Andre Petroski. This Philly Phab Phour has come into the Octagon guns blazing, and Wells is loving it.

“It feels great to keep putting it on for my team and my city,” he said. “And it's not a surprise. Not at all. We put in a lot of work in the gym. And it's all starting to pay off.” 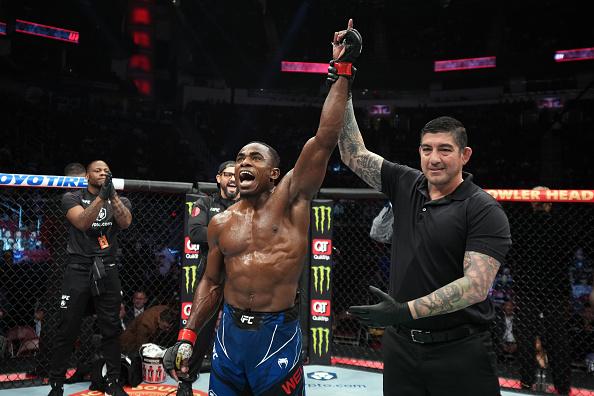 Jeremiah Wells reacts after defeating Mike Diamond of Zimbabwe by submission in their welterweight fight during the UFC 271 event at Toyota Center on February 12, 2022 in Houston, Texas. (Photo by Josh Hedges/Zuffa LLC)

Such success means none of the quartet will sneak up on anybody if they have already. Wells doesn’t blink.

“We're not sneaking up on anybody,” he said. “They see us coming from a mile away.”

And so far, no one has been able to stop them. The next to try will be McGee, a seasoned UFC vet on a two-fight winning streak and Wells’ most experienced test to date. But fighters like him aren’t intimidated by names, accolades or records. It’s a fight, and that’s what those from Philly embrace.

“It’s just the grit, the heart, and the will to never give up and just bite down on your mouthpiece and give it all you got,” said Wells. “These streets are really rough, and to survive in these streets, you gotta be rough. You can be humble, but when it's time to fight and bite down, you give it all you got and that's what we do - we give it all we got in our city.”

Now the 35-year-old does it for all the world to see. It’s a place he always wanted to be in and he knew he had the goods for the big show, but after spending more time than he expected to on the regional scene, he questioned whether it was going to happen.

“My goal was to get to the UFC, and I thought I would be there in a year or two,” said Wells, who turned pro in 2012. “I thought it would take me two years and I'm in the UFC, but it took me a long time. My full goal was just to get to the UFC, to show them what I got and get that moment to be under the lights and show how wonderful I am. I just wanted to pause the crowd and shock the world. I wanted my time to shine.” 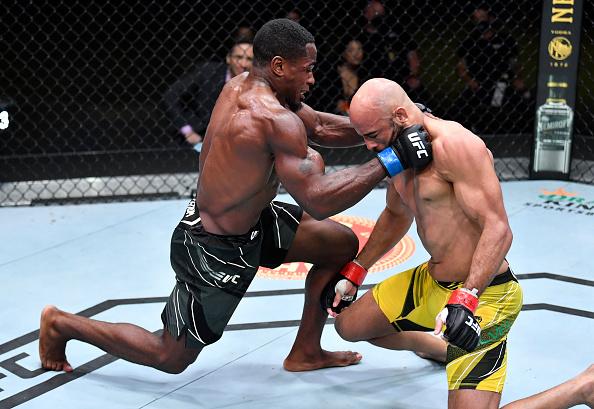 That time finally came in June of last year, when he got a short notice call to face Warlley Alves in Las Vegas. Thirty seconds into round two, Wells had his first UFC victory via knockout. For his second Octagon visit he met up with unbeaten and highly touted Blood Diamond. That fight didn’t get out of the first round, with Wells submitting his opponent.

The philosophy behind these two victories?

“I think that if I leave it to the judges that I'm leaving it in somebody else's hands,” he said. “So I just gotta give it all I got and just go. If I don't put my foot on the gas and go, I won't hurt them, and they'll end up hurting me and it won't be a good fight. So I feel like if I just go and give it all I got, it's gonna be a fantastic fight - win, lose or draw. But I won't let it go to a draw and I will not lose. There's only one option, and that's to win.”

Wells paid his dues to get here, and he’s not expecting to leave anytime soon. As for the doubters who never thought he’d hit his mark and get to the UFC, he’s not gloating.

“I don't want to throw it in their face; I just want to say thank you to every last one of them.”