Jens Pulver: A Look Back at UFC's First Lightweight Champ 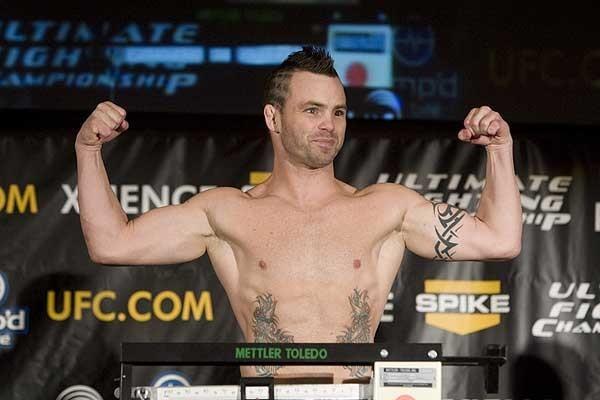 Before Tony Ferguson and Kevin Lee signed to fight for the interim lightweight title in the main event of UFC 216 on Oct. 7, before Conor McGregor won that 155-pound crown, the same one worn by BJ Penn, Sean Sherk, Frankie Edgar, Benson Henderson, Anthony Pettis, Rafael Dos Anjos and Eddie Alvarez, there was a “Lil’ Evil” in what has long been considered the toughest division in MMA.

So it was appropriate that the UFC’s first 155-pound champion was one of the toughest men around, one who fought through a harrowing childhood to become a fighter and a world titleholder. And no matter what happens in the lightweight division in the decades to come, Jens Pulver will always have his place in the history books because before him, there was no one holding that belt in that weight class.

And once Pulver got his championship by beating Caol Uno for the vacant crown at UFC 30 in 2001, his quest to give his family something to be proud of was complete.

“My family has had some dark seeds, we’ve had some bad things happen, and when I started out in the beginning, it was to change the name ‘Pulver,’” he told me in 2007. “I wanted my family to be proud and to have someone there who wasn’t related to drugs, alcohol, and abuse, and who wasn’t throwing their lives away. Rather than change my name, I’m going to change the name and change what people think about it.”

But now there was more work to be done and a new goal to chase, as Pulver had a mission to show a combat sports world used to watching the big men of MMA compete that the “little” guys could deliver excitement as well.

“I was basically trying to build the 155-pounders of tomorrow so they have a bigger and better future,” he explained. “I always put that on my shoulders, to go out and represent the 155-pound weight class and let people know that the little guys can throw down, be exciting, and that they’re worth buying tickets to see. I started something that wasn’t there before.”

A member of the storied Miletich Fighting Systems team, Pulver turned pro in 1999, and following a knockout of future UFC star Joe Stevenson that lifted his record to 3-1, he got a call from the UFC and fought to a draw with Alfonso Alcarez at UFC 22. What followed was a stretch where he alternated between the UFC and the local circuit until November 2000 rolled around.

In his UFC 28 bout with the highly regarded John Lewis, Pulver needed just 11 seconds to score a knockout that earned him 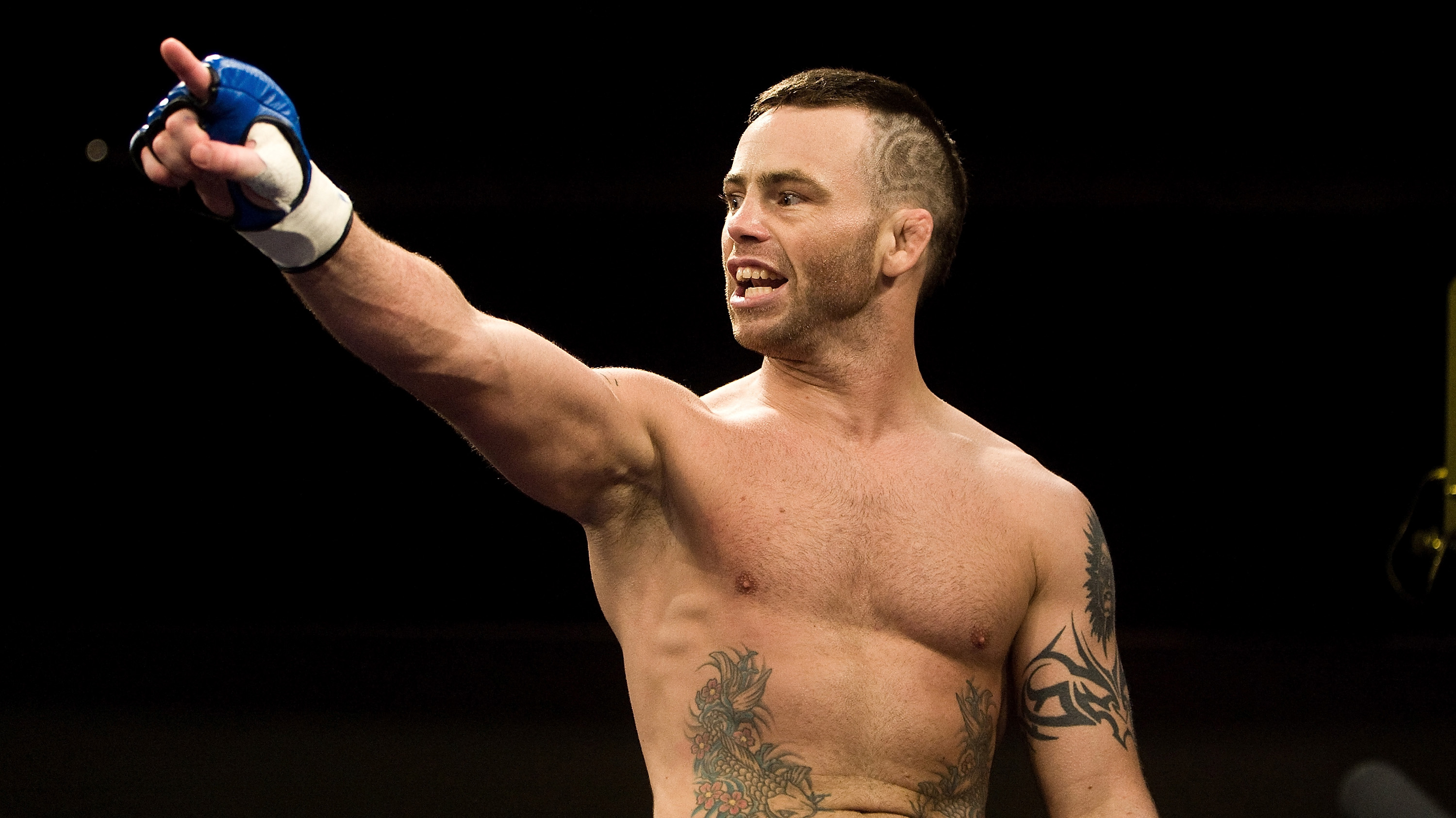 a shot at the vacant lightweight title. In the opposite corner was Japanese star Uno, who was favored to beat the Midwest battler in the UFC’s first 155-pound title fight.

Pulver had other ideas, defeating Uno via five-round decision. “Lil’ Evil” was a world champion.

There would be no vacations for Pulver, though, as he traveled around the country promoting a sport that was still a mystery to many in the mainstream. And seven months after winning the belt, he would put it on the line against Dennis Hallman at UFC 33 in Las Vegas. It was a bad blood matchup about to be settled, and Pulver wasn’t flinching.

“He can come at me with anything that he’s got, but I’ve got something that’s unmatched, and I think it surprises people every single time I fight,” he told me in 2001. “I might not have the submissions, I might not have the all-around skills, but I’ve got something inside of me, and that’s what ‘Lil’ Evil’ is. There’s something inside of me that says, ‘Hell no, I ain’t going anywhere.’ I’m not kidding. You hit me, I enjoy it. Punch me, I enjoy it. Come at me, come as hard as you can. All it does is make me want to fight harder. I love it. I love being punched. Uno hit me, and I was like, ‘Yeah, come on, we’re gonna fight.’ I want to be in a war. I get beaten by people three times my size over here in this gym. The more you come at me, the more I’m going to come at you. I know I’m walking out the winner. I know you cannot break my heart and you will not break my spirit. I know I will melt you down. That’s something you can’t train for.”

Pulver got his win, decisioning Hallman over five rounds. At the same time, a Hawaiian appropriately nicknamed “The Prodigy” had just run through Joey Gilbert and Din Thomas in his first two UFC (and pro) bouts, and less than two months after Pulver-Hallman, he knocked Uno out in 11 seconds. BJ Penn would be Pulver’s next title defense, and the general consensus wasn’t if Penn would win, but how long it would take him to do it. That didn’t sit right with the champion.

"I just can't believe it," Pulver told me before the fight when asked about being the underdog before the UFC 35 fight in January 2002. "I'm dumbfounded. At the same time I'm glad. If they think he's that unbeatable and unstoppable, then more power to him. I felt that making me a 3-1 underdog just showed a big-time disrespect to me. But I get to prove more people wrong." 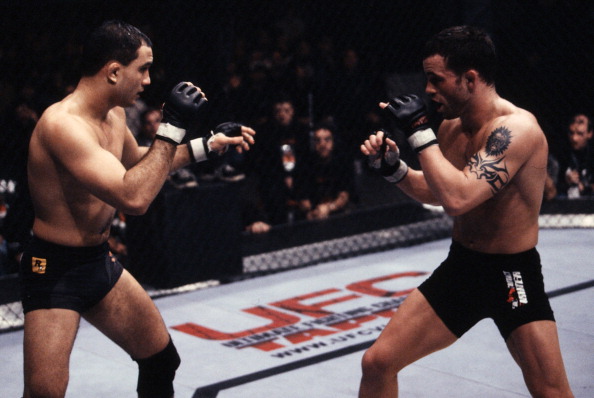 In the first two rounds, though, anyone betting on a Penn win was sitting easy. Penn even came close to finishing Pulver with an armbar late in round two. Even the champ was a little rattled then.

“After that second round ended, when he had that armbar which I did not tap to, I remember sitting in the corner and going, ‘Oh my God, I’m gonna walk out in this third round, he’s gonna take me down, he’s gonna mount me and beat the hell out of me again – what am I doing?’”

But then he looked across the Octagon and saw a member of the Penn camp prematurely celebrating a victory for his man.

“Somebody in his corner, one of his little entourage, was jumping up and down and doing the cut throat (gesture) at me,” Pulver recalled. “And I looked right at him and I was like, ‘Are you kidding me?’ So because of that guy, I said, ‘No way’ and he never got another takedown. That was the thing that I needed in my head. If I get beat, I get beat, but I ain’t going out like this.”

Over the next three rounds, Pulver got back in the fight and then won it, taking a majority decision victory to retain the title.

It would ultimately be Pulver’s last UFC victory. Following the Penn fight, he left the promotion over a contract dispute, and went on to a post-UFC career that included four fights in PRIDE. In 2006, he returned to the UFC and even coached against Penn on The Ultimate Fighter before losing their 2007 rematch.

Then it was off to the WEC, where he passed the lighter weight class torch to Urijah Faber. Pulver would eventually retire following a 2013 bout in Sweden, but he remains one of the sport’s most popular figures and one whose reign over the UFC lightweight division won’t ever be forgotten. As for his thoughts on those who came after him at 155 pounds, let’s just say “Lil’ Evil” is proud of the door he opened.

“I’ve been able to watch a few 155-pound title fights and see those guys fight, and I always like to say that I'd love to be the Godfather of the lightweight division,” he said in 2013. “To me, it’s really special to watch those title fights, and when I see the little guys do their thing, yeah, it makes me proud. Even in boxing, when there was no outstanding heavyweight, the little guys always kept it alive, and in combative sports as a whole, we’re like the little cockroaches. (Laughs) That’s our job. We fight like we have to knock people out like a heavyweight and scrap like a couple badgers the entire time, and it’s a good base to have. So while it sucks to get old, look at what I was a part of, look at what I got to be a part of that was being built, and I’m a proud papa.”