Jeff Hughes Knows It's Time To Step Up

From Dana White's Contender Series to the UFC, Jeff Hughes believes UFC Vancouver is his chance to showcase his true potential.
By Jon Gagnon, on Twitter: @JGagnonUFC • Sep. 11, 2019

It’s been a great summer for the Strong Style team out of Cleveland. In July, Aleksa Camur earned a contract on Dana White’s Contender Series. Then, of course, was Stipe Miocic’s win over Daniel Cormier a few weeks ago.

Now it’s heavyweight prospect Jeff “Lights Out” Hughes’ turn to step up to the plate.

“This fight I’m more dedicated than I’ve ever been,” Hughes said of his Saturday matchup with Todd Duffee at UFC Vancouver. “It feels like I haven’t been in there in for so long, so I’m chomping at the bit to get back in there.”

It’s only been six months since Hughes made his debut. But when a split decision went against him in his rematch against Maurice Greene, it’s understandable why his patience has been tested.

Another product of the Contender Series, Hughes electrified fans with a first-round knockout in DWCS before dropping his debut. As the old adage goes, you can learn more in defeat than in victory, and that seems to be the path Hughes has taken. 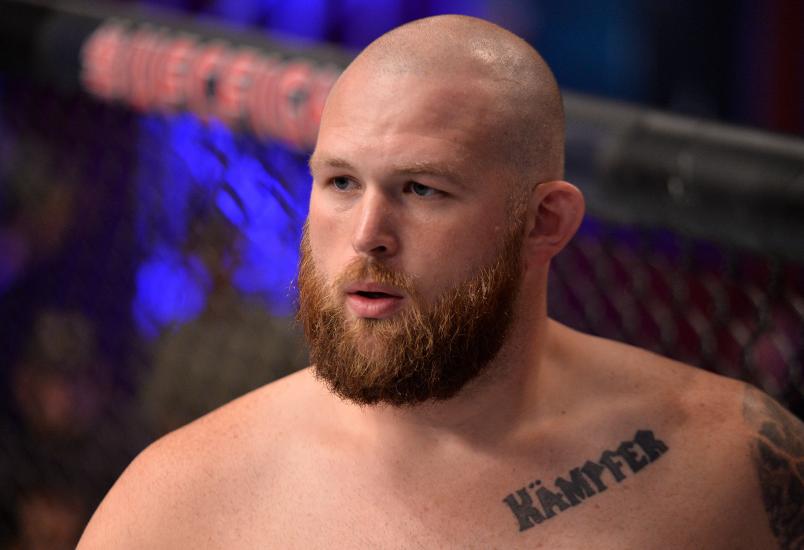 “A loss is always good for people, sometimes. I went into that last fight being too worried about being in the UFC,” Hughes said. “And I previously beat him (Maurice Greene), so I thought it was going to be an easy fight. I took it lightly and didn’t put the foot on the gas pedal until the second round. The judges thought that was too late.”

Hughes is confident he won’t that mistake again and he said when he’s fighting his fight there are not a lot of people in the world that can beat him.

Part of that confidence also stems from the environment surrounding Hughes at Strong Style. Specifically, one of his training partners: the UFC heavyweight champion, Miocic. Being around Miocic has led Hughes to train harder now than ever before. 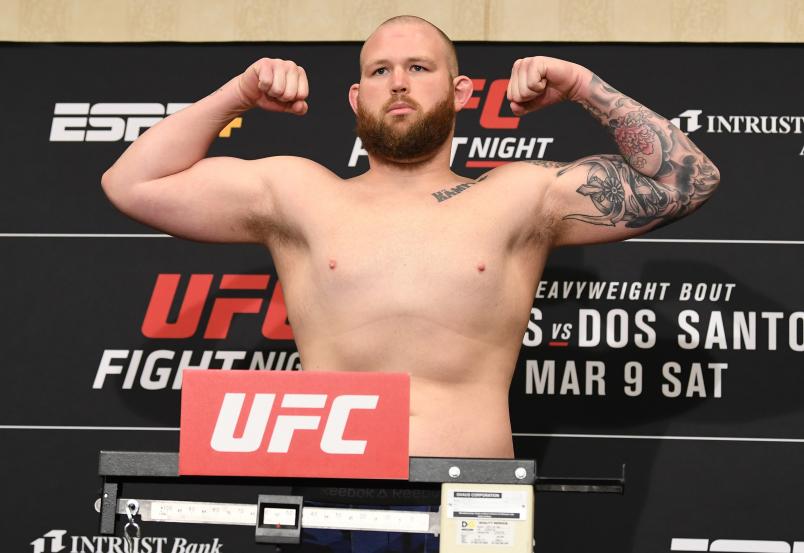 “It’s great having him around. I helped him get ready for his title fight and it just went right into my camp right after that,” Hughes said. “He shows me the right way to train like a champion. He’s the hardest working guy in the gym and I’m trying to be just like him.”

Miocic has set a high bar, but aiming to emulate the champ is a step in the right direction. Now, all that’s left is a victory on Saturday against Duffee, and putting the perfect stamp on the summer for Strong Style.

“Miocic getting the belt back was great. We’re all excited and it’s been a really good summer,” Hughes said. “Now it’s on me to do my part.”