Jedrzejczyk's swagger elevates her; has made her unbreakable champion

At this point in her reign over the UFC strawweight division, Joanna Jedrzejczyk could be getting tired. Since winning the 115-pound crown in 2015, she’s done endless rounds of media, successfully defended her title four times, moved from Poland to Florida and is coming off back-to-back wars with Claudia Gadelha and Karolina Kowalkiewicz.

But in the lead-up to Saturday’s UFC 211 co-main event against Jessica Andrade, Jedrzejczyk is more energized than ever. Why? Because handling all of the above is what separates her from everyone else.

Jedrzejczyk proves it, and as she approaches a fifth title defense, she has her sights set on being “Joanna Champion” for a long time.

The specter of retirement should be a scary one for fight fans, as the 29-year-old from Olsztyn has rapidly become one of the treasured members of the UFC roster, both in and out of the Octagon. One of the most accessible and generous fighters in the sport before it’s time to put the gloves on, Jedrzejczyk turns into something entirely different when she steps off the plane on fight week, and this Jekyll & Hyde persona makes her a must-see. But as she points out, this is necessary if she’s going to keep her title from a hungry horde of contenders, so when it’s time to meet her challengers, there’s no time for niceties.

“I like to be happy, I like to smile, but during preparations, during fight week, faceoffs, weigh-ins and the fight, there's not a time to be funny,” she said. “It's time to be serious. I like to look into the eyes of my opponents and read them.” 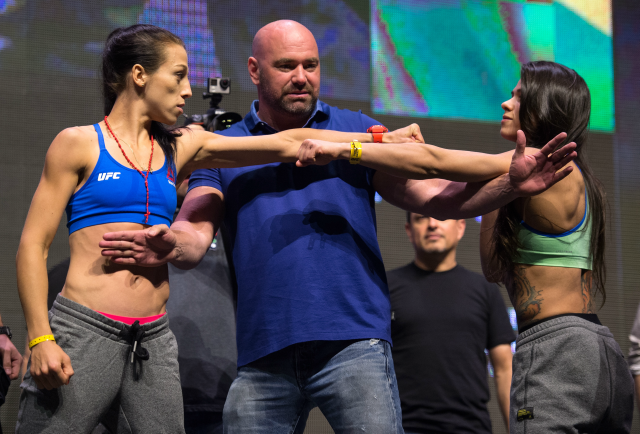 It’s the fight before the fight, one Jedrzejczyk is determined to win.

“If you let them get into your head, then you're losing,” she said.

Jedrzejczyk is unbeaten in the UFC thus far, both in gamesmanship and in real fights, and while she has had a cordial relationship with Andrade in the past, by the time you’re reading this, that’s probably gone out the window. On Sunday morning, they can be cordial again, but from now until someone’s hand is raised in Dallas, it’s a fight.

Maybe that’s the secret to the success that has seen Jedrzejczyk defeat Jessica Penne, Valerie Letourneau, Gadelha and Kowalkiewicz in defense of her title, or maybe it’s just that she’s mastered the adjustment from challenger to champion, something not many can do.

“Becoming a challenger is a pretty big deal for everyone, but it's not easy to become a champion and deal with it,” she said. “It's even more difficult.

“All eyes are on me, they have more time to study my fighting style, the coaches and camps have more time to check my weaknesses and work on that,” Jedrzejczyk adds. “But I'm moving forward, I challenge myself every day and learn new stuff with my new coaches.” 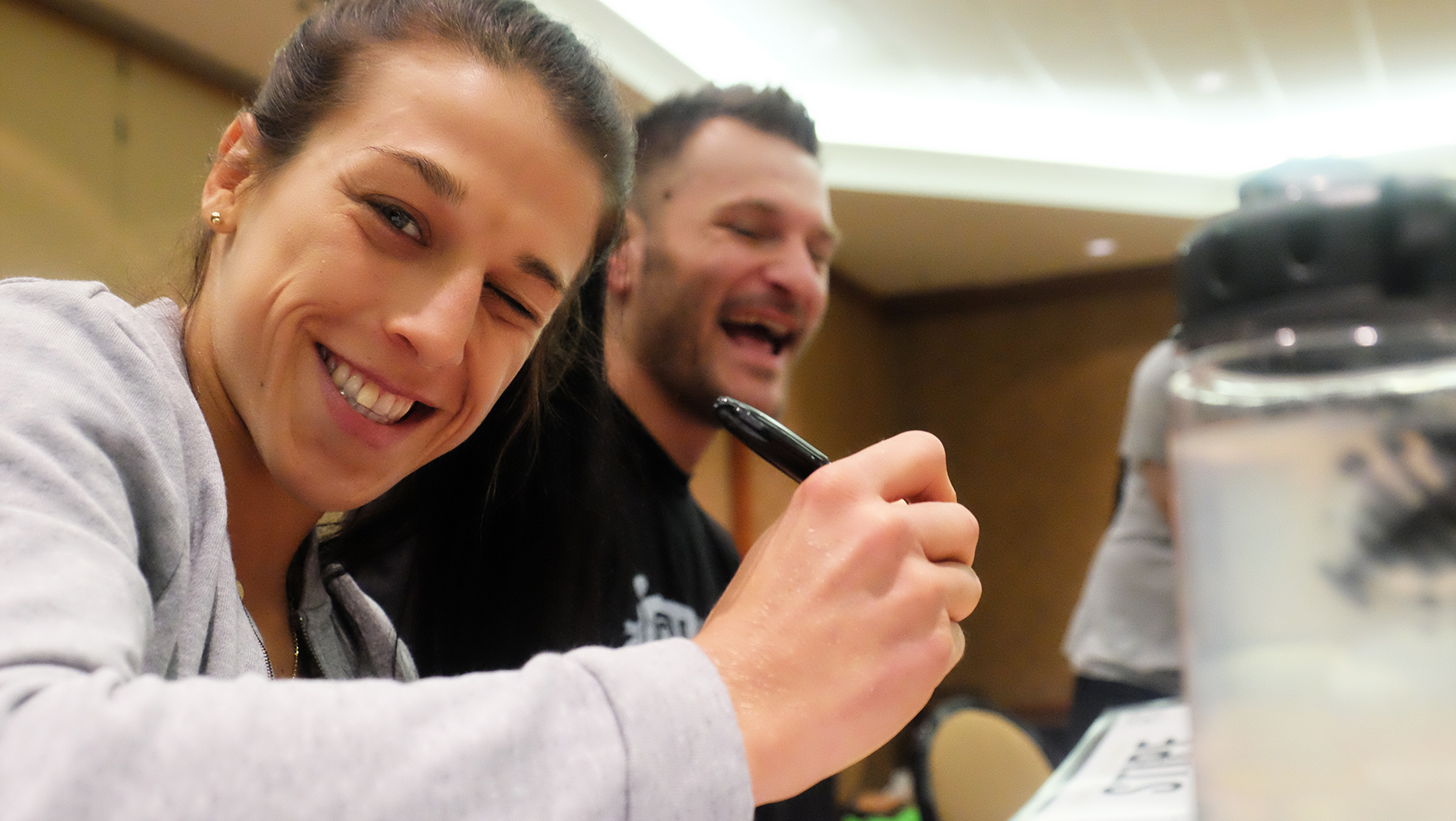 Even more importantly, she knows exactly what Andrade is going through as the Brazilian prepares for the biggest fight of her career.

“You can change your life,” Jedrzejczyk said of the challenger’s mindset. “You can become UFC champion, make more money and get more exposure, so I believe every challenger gets more power, strength and mental power as well. It's a big deal. She's a very dangerous opponent, so I must be focused and keep my eyes open from the first seconds of the fight.”

And she will. More than two years as a champion will teach a fighter how to deal with being the one with a target on her back, getting through interviews and photo shoots and putting the bad days in the gym aside in order to become better.

So while Andrade has the talent to become a world champion, she’s never seen anything like Jedrzejczyk before.

“I like to shine during the fight,” she said. “I prefer to be UFC strawweight champion of the world more than champion of the kick bag or sparring or training session. I'm a real fighter. When it's fight day, I'm all about the fight, and when I step into the Octagon, it feels like home. It's definitely a good day for me.”