Jedrzejczyk vs. Namajunas set for MSG in November 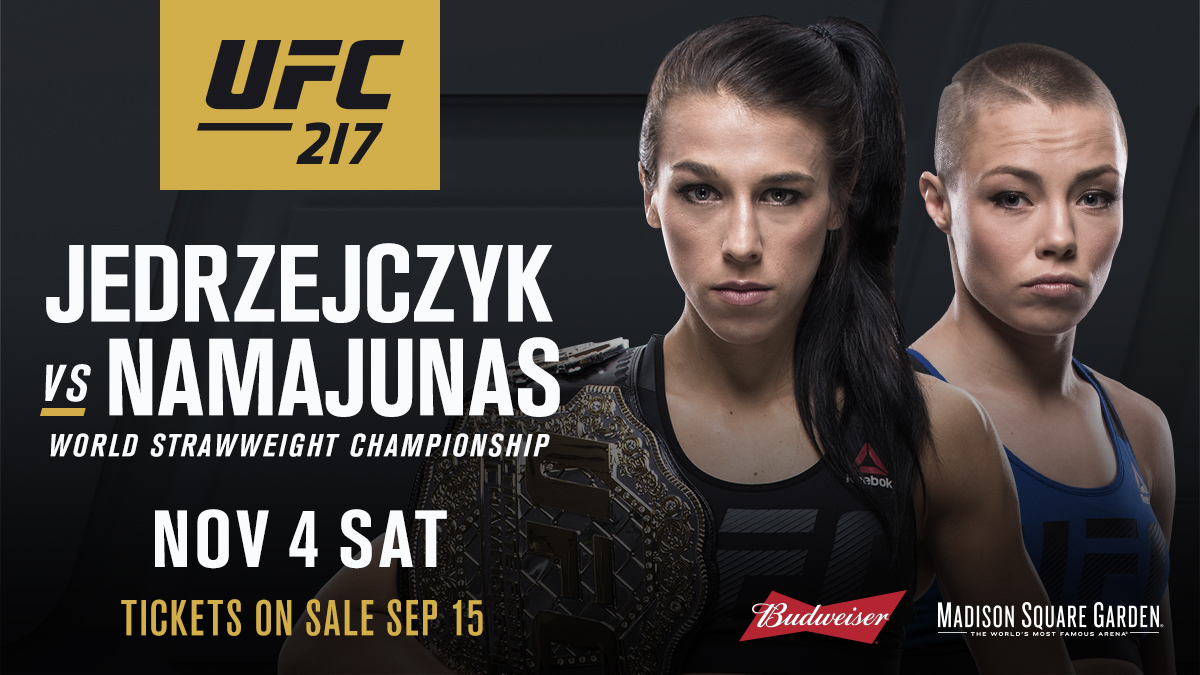 The UFC's return to Madison Square Garden on Nov. 4 will now feature three world championship bouts, as the promotion announced Tuesday that strawweight champion Joanna Jedrzejczyk will defend her belt for the sixth time against No. 3-ranked contender Rose Namajunas.

via @ProCast: @joannamma will fight at UFC 217 to tie @RondaRousey​'s record for title defenses! But who will she face? pic.twitter.com/529tokkW1V
— FOX Sports: UFC (@UFCONFOX) September 12, 2017

The Queen of the strawweight division for nearly three years, Poland's Jedrzejczyk has successfully defended her title five times over the likes of Claudia Gadelha, Karolina Kowalkiewicz and Jessica Andrade, earning her the unofficial nickname "Joanna Champion." But former Ultimate Fighter finalist Rose Namajunas has set her sights on the belt, and after wins over Michelle Waterson, Tecia Torres and Paige VanZant, she will get her shot at dethroning one of the most dominant champions in UFC history.