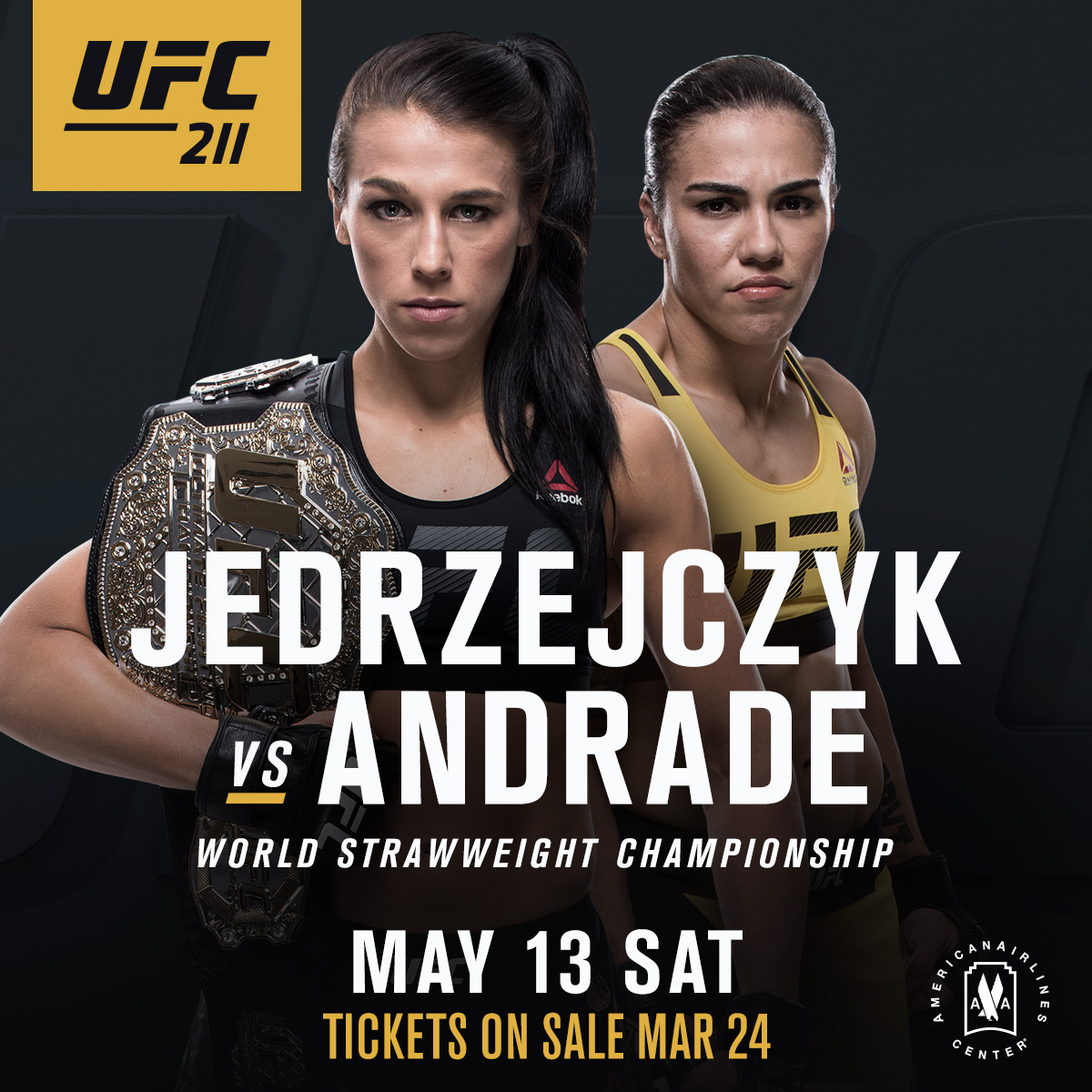 Since winning the UFC women’s strawweight title in 2015, Poland’s Joanna Jedrzejczyk has run through challenger after challenger at 115 pounds. But on Saturday, May 13, at American Airlines Center in Dallas, Texas, “Joanna Champion” will face her sternest test yet when she faces No. 3-ranked contender Jessica Andrade in the co-main event of UFC 211.

In the UFC 211 main event, Stipe Miocic defends his UFC heavyweight title against the last man to defeat him, former world champion Junior Dos Santos, in a highly anticipated rematch.

Unbeaten in 13 pro fights, Jedrzejczyk took the MMA world by storm when she made her UFC debut in 2014 and she hasn’t taken her foot off the gas pedal yet. After taking the 115-pound title from Carla Esparza, the Olsztyn native has made four successful defenses, most recently defeating Claudia Gadelha and Karolina Kowalkiewicz.

Parana, Brazil’s Andrade first made a name for herself in the UFC as a bantamweight standout, but after seven Octagon bouts at 135 pounds, she decided to test the waters in the strawweight division. Since then, “Bate Estaca” has looked unstoppable in her new weight class, with finishes of Jessica Penne and Joanne Calderwood and a Fight of the Night victory over Angela Hill. In May, she gets her first world title shot.