JDS vs. Overeem Set For December in Orlando

It’s the most heated rivalry in the heavyweight division today, and on Saturday, Dec. 19, Junior Dos Santos and Alistair Overeem settle the score in the co-main event of UFC Fight Night at Amway Center in Orlando, Florida.

In the FOX-televised card’s main event, Donald "Cowboy" Cerrone challenges for a UFC title for the first time when he battles lightweight champion Rafael dos Anjos in a highly-anticipated rematch. 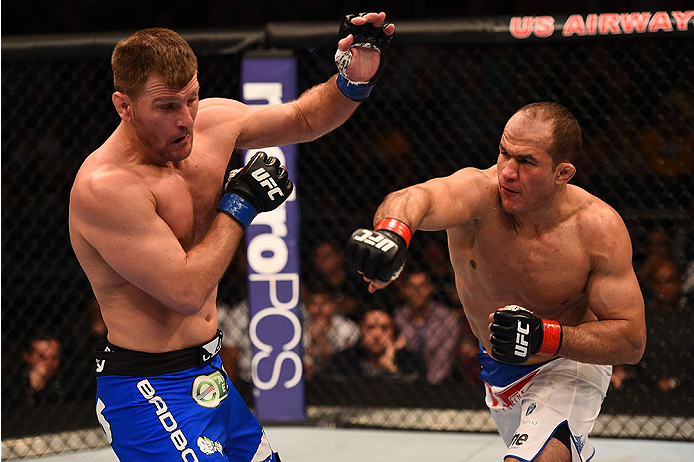 Originally scheduled to square off on two separate occasions at UFC 146 in May of 2012 and at UFC 160 in May of 2013, Dos Santos and Overeem have not lost sight of each other over the last few years.

The bad blood has increased with each interaction over social media and now it’s time for these heavyweight knockout artists to finally collide as they look to close this chapter and secure a world title shot.

A former UFC heavyweight champion, Brazil’s Junior “Cigano” Dos Santos (17-3) has been among the top big men in the sport for nearly seven years, defeating the likes of Fabricio Werdum, Cain Velasquez, Roy Nelson, and Frank Mir along the way.

In 2011, he knocked out Velasquez in 64 seconds to win the world title, and though he lost the belt to Velasquez in their 2012 rematch, the 31-year-old has since won two of his next three bouts, knocking out Mark Hunt and decisioning Stipe Miocic. 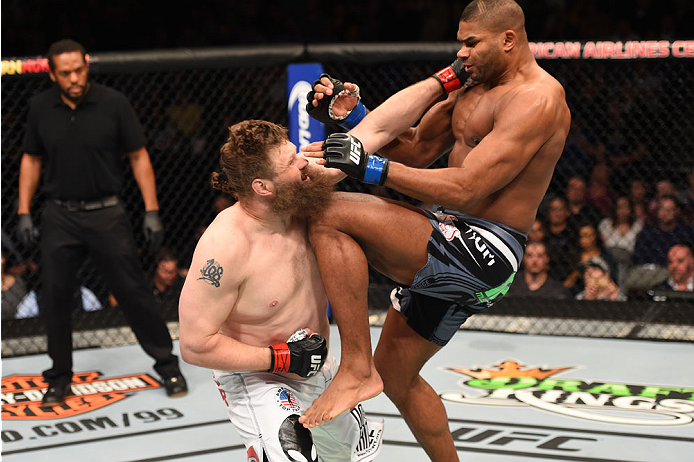 The only fighter to simultaneously hold the Strikeforce, Dream and K-1 heavyweight titles, the Netherlands’ Alistair Overeem (39-14, 1 NC) is one of the most imposing figures in the fight game: a lethal striker who can end a fight in a varied number of ways with his fists, feet and knees.

A pro since 1999, the 35-year-old also holds wins over Werdum and Mir, as well as former heavyweight champion Brock Lesnar, and he is coming off back-to-back victories over Stefan Struve and Roy Nelson.
Stay tuned to UFC.com for ticket on-sale information and more fight card announcements.

RELATED: FIGHT PASS subscribers can compare the powerful striking of the two men in a special Face/Off collection here.