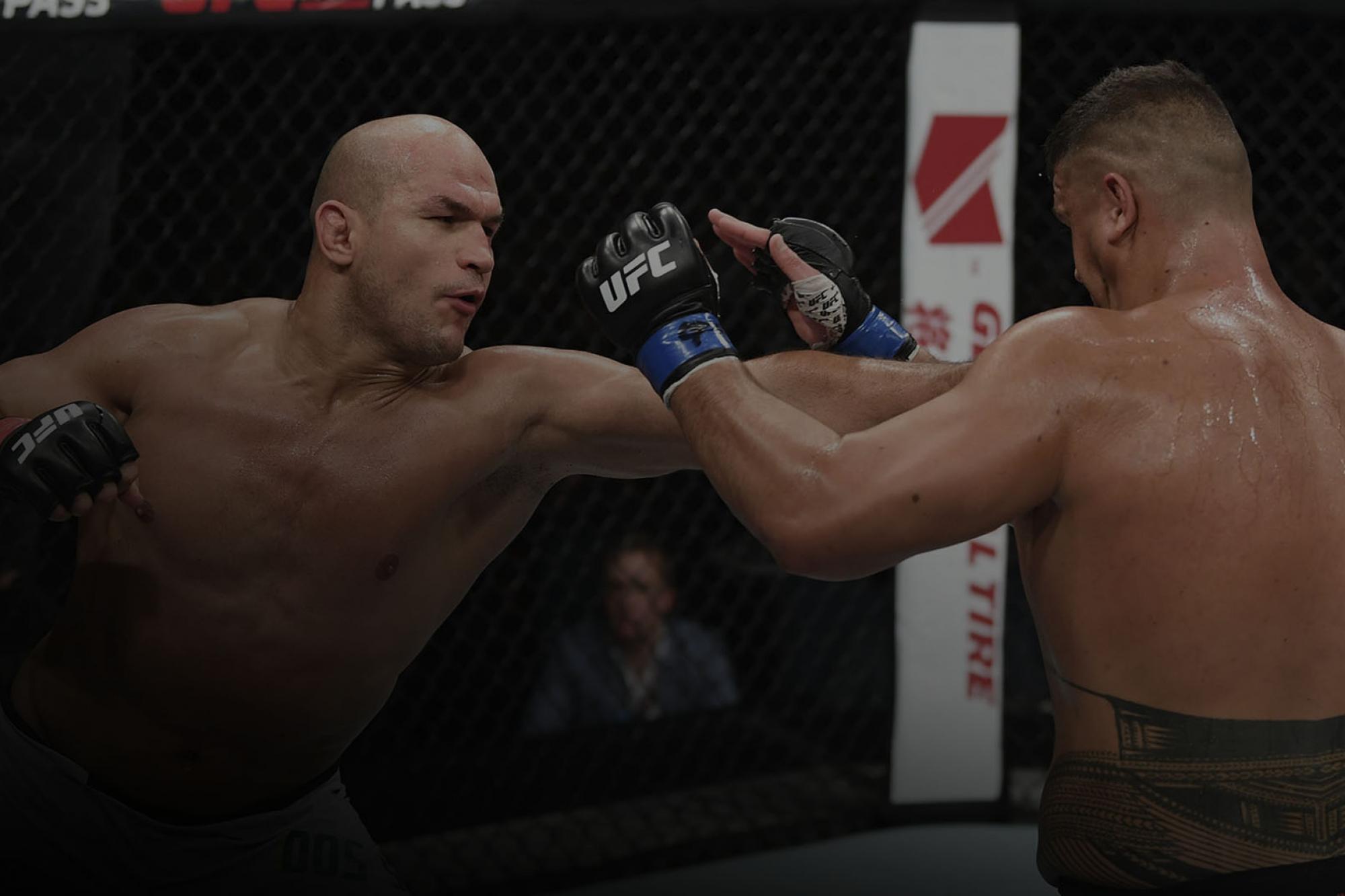 JDS Steals The Show Down Under

Junior Dos Santos kept his hopes of regaining his title alive in the main event of UFC Fight Night in Australia
By Thomas Gerbasi • Dec. 2, 2018

Tuivasa chased after Dos Santos from the start, missing wildly and running into the fence twice. Tuivasa didn’t lose his composure, though, and he kept the pressure on, ultimately bulling the Brazilian into the fence. Dos Santos got loose quickly and landed a few good shots as Tuivasa rushed in, but “Bam Bam” walked through them and landed a significant shot when he landed a leg kick that staggered JDS. Tuivasa walked in and landed several hard shots before the horn ended the round, leaving Dos Santos limping back to his corner.

With Dos Santos’ mobility compromised, Tuivasa had his chance to capitalize in round two, but after some rough early moments, Dos Santos settled down and landed some stiff jabs and overhand rights. Then, with a little over three minutes left, a wild exchange ended with a Dos Santos right hand putting Tuivasa on the deck. Dos Santos looked for the finish on the mat, but Tuivasa appeared to clear his head quickly. And even with JDS in the mount, Tuivasa fought back, but after several punches got through, referee Herb Dean had seen enough, calling the fight at 2:30 of the second round.