Jason taking on Bermudez as shortcut to a title

If anyone questions the motivation of Rony Jason after a tumultuous year that saw him serving a suspension for the use of a banned diuretic that cost him a win and a Performance of the Night bonus, look no further than his choice of opponent for his return this Saturday: the No. 8-ranked featherweight in the world, Dennis Bermudez.

“He really is a tough guy, but so am I,” Jason said through translator Tais Okamura. “I believe that if you want to be a champion you have to always face the toughest competition out there, so I see this fight as a shortcut on my way to a title shot.”

A championship appeared to be within reach for the Quixada native when he defeated Godofredo Pepey for the Ultimate Fighter Brazil featherweight crown back in 2012. Jason was skilled, exciting, and he had the charisma to be a star. But did it all happen too fast?

“My life really changed after winning TUF,” he recalls. “Before that, I used to live in a gym, my closet was a pile of clothes in the corner of the room, the gym mats were my mattress and I used my Gi to protect myself from the cold. Then out of nowhere I was seen training with Team Nogueira, I was on television and everyone knew me. I was happy but a bit scared because things happened really fast and I didn't have anyone to guide me through all of those changes. That's why I spent some time away from the Octagon right after the show; I was trying to figure things out.”

Four months after winning the show, Jason returned with a blistering Knockout of the Night over Sam Sicilia, and he followed that up the following year with an 84-second submission of Mike Wilkinson. He was on the fast track, but his next four fights saw him emerge with a 1-2, 1 NC record, and with the suspension, he now finds himself at a crossroads in his career at 32.
RELATED CONTENT: Rony Jason fighter bio | Matchup with Dennis Bermudez | Action begins Saturday on FS1

“I believe that I won the fight against Rob Peralta,” he said of his 2014 split decision defeat, “But that's water under the bridge. Then I injured my hand and had my suspension, and that was very tough for me. It makes me sad because I believe that if those things didn't happen, I would already be a top contender or even a title holder. I love the UFC, they take care of me very well and I really hope to retire as part of the organization.”

And now he’s back, with a clean slate of sorts as he looks to rebuild his reputation in one of the sport’s toughest divisions. Luckily, he’s up for the challenge, and if he wasn’t, it’s likely that the gang of UFC vets he’s training with at the Evolução Thai gym in Curitiba would get him up to speed sooner rather than later.

“Our team has six fighters in the UFC,” Jason said. “We are always evolving, and there is always a fight scheduled for at least one of us, so we are always training hard for camps even when we don't have fights scheduled for ourselves. And we know very well how different it is to be part of a gym in which everyone is a professional and everyone is competing full time. In my past, I was part of gyms in which people would have different jobs and help me train in their time off, so I couldn't demand too much of them during my camps. But with the guys in here, we can all count on each other all the time for camps and training sessions, and we know that we are getting better and better and all of our fighters are close to being ranked in the UFC.” 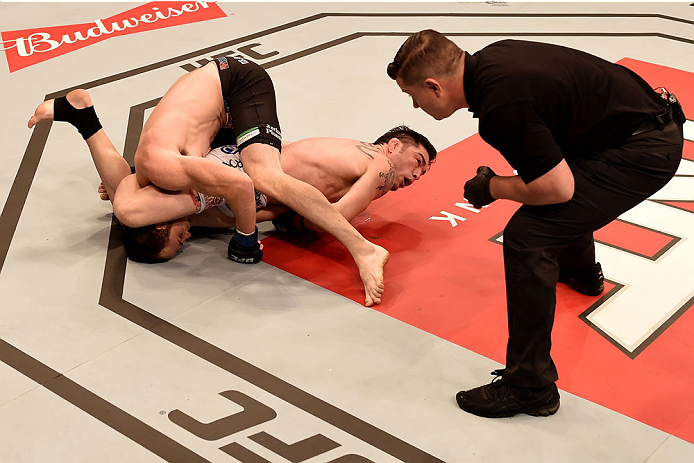 More importantly though, Jason is on point mentally, and not just physically. That may be the biggest key to a victory this weekend, as he’s taken a trying time in his life and made it work for him.

“I remained focused because I knew that sooner or later I would have the opportunity to step inside the Octagon one more time,” he said. “During my suspension I had to spend some time away from the gym, so I went back home, spent some time with my family and friends and worked on getting my life back on track.”

He’s there now, back on track and ready to fight. It’s been a long road from May of 2015 to August of 2016, but Rony Jason is eager to resume his career and get moving on the task of fulfilling his potential.

“I missed the excitement of having a fight booked,” he said. “There is a rush of adrenaline that you feel every time you remember that there is a date set for you to face someone who wants to beat you up and take away everything that you are working so hard for. To me, it's like when you are in high school and during the year all you want is for the exams to be over and go for vacation. But after one week of rest, all you want is to get back to school and see your friends. It's the same for me with fights. When I don't have a fight scheduled, all I want is to get that call offering me a new opponent. But once I have a date, I get this rush and I get anxious about all the hard work I'll have to put into the camp and about the fight itself. And after the fight is over and you realize that fighting is what you love doing, you can't wait for a next opportunity to go through all the emotions and the hard work again.”