"Jason" Seeking First Round Win and TUF Title on Saturday

"I know about the quality of my opponent, but I will make sure to follow every step of my game and finish the fight in the first round." - Rony "Jason" Mariano Bezerra 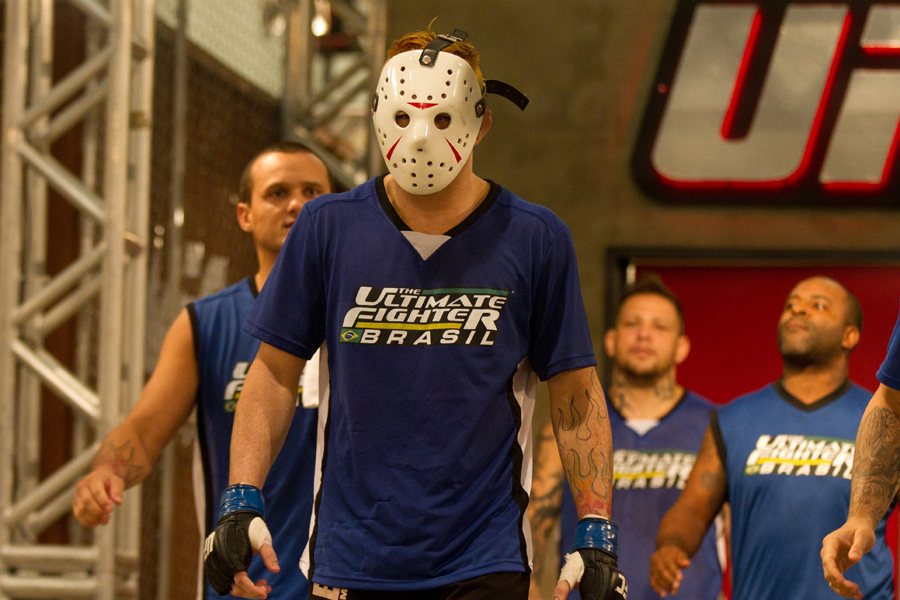 Before getting to The Ultimate Fighter Brazil, Rony “Jason” Mariano Bezerra had already built part of his story in Brazilian cages.

With 10 wins and three losses, he submitted current UFC fighter Felipe “Sertanejo” Arantes via triangle choke in 2009, and in 2006, he gave a good effort against Renan Barão, who now challenges Urijah Faber for the interim belt of the bantamweight division, but ended up on the short end of a split decision.

Now, “Jason” has a chance to write his name in the history books, and at UFC 147 on June 23 in Belo Horizonte, Brazil, he will try to stop Godofredo Pepey. At stake is the chance to become the first winner of the reality show’s Brazilian version and earn the much dreamed about contract with the Ultimate Fighting Championship.

On TUF Brazil, “Jason” first knocked out Dileno Lopes. After that, he quickly submitted Anistavio “Gasparzinho” Medeiros with an armlock before winning a close, but unanimous decision over Hugo “Wolverine” Viana. Now his target is Pepey.

“He has many qualities,” said Rony. “Some people say he is not that much of a good fighter, but he gets his props on getting to the final. I know who he is. Pepey has a great game on the ground, with a strong triangle, and his hands are also very heavy. He may not be an expert standing, but his hands are strong.”

Inside the house of The Ultimate Fighter, “Jason” was the big revelation of Team Wanderlei. In fact, he was the only member of the team to pass to the semifinals of the reality show. But if inside the reality show he was the great pupil of Wanderlei Silva, in his daily routine he swears his loyalty to the Nogueira brothers, Rodrigo Minotauro and Rogerio Minotouro. As he likes to point out, his team is also his family, and to face Pepey, he will not be lacking in help. His goal is to finish everything in the first five minutes of the fight, something he has managed to accomplish nine times.

“My preparation is at Team Nogueira and it will always be. We have great coaches and training partners. I have been working a lot with Bruno Machado, who has the same build as Pepey. He is helping me a lot. I am focused and it will be a great fight. I know about the quality of my opponent, but I will make sure to follow every step of my game and finish the fight in the first round. There will be nowhere for him to run.”

During the reality show, “Jason” was involved in a controversial fight against “Gasparzinho,” when Vitor Belfort did not hesitate to match up a battle between two old friends and training partners. Rony did not approve Belfort’s choice once it was known to all that he and “Gasparzinho” trained together for a long time. Although, as life on the reality show goes, Jason also trained with Pepey, his future opponent.

“We trained inside the house, but it was at a moment to help him face “Vina”. I was not thinking about facing him. He was on my team and we do not train with the mentality to see what the other does best, we train to help each other out. Pepey is a man who I admire a lot, he is a great guy.”

On June 23rd, Jason will face the biggest challenge of his life, and, in the search for that goal, he promises to try everything. However, he keeps his feet on the ground, which is not always an easy challenge.

“A word that would define Pepey is ‘persistence.’ He truly believes it, and he never thinks about giving up, so perseverance is his high point. I think this fight will be on fire. He does not like to step back and neither do I. I want to show that I can also fight standing up too, that I do not have my jiu-jitsu only. We will see how it is going to be.”