Ahead Of Her Second Walk To The Octagon, Facing Natália Silva At UFC Fight Night: Kattar vs Emmett, Jasudavicius Feels Comfort During Fight Week
By Kevin Schuster, On Twitter @KevinESchuster • Jun. 17, 2022

Beginning her mixed martial arts career jumping between four promotions in her first six fights, Jasmine Jasudavicius is finally settling into the UFC since earning her life changing contract on Dana White’s Contender Series in September 2021.

“Going from the regional scene to the UFC is completely different,” Jasudavicius said. “I’m really fortunate. My training really hasn’t changed; if it ain’t broke don’t fix it. There’s more sponsorship opportunities, and you know it’s weird, some people, they’re just nice to you because you’re in UFC, which is crazy to me, but I’m fortunate for that.”

Those opportunities became Jasudavicius’ first hurdles as her UFC debut approached, as she opened 2022’s first pay-per-view event of the year, UFC 270: Ngannou vs Gane. PPVs not only attract more fans but require many media obligations during fight week, which can be draining to a UFC newcomer looking to make a splash upon arrival.

“I feel like the media and getting the gear and all that, it wasn’t nerves, but it was mental energy and physical, too,” Jasudavicius said. “It definitely took more of a toll compared to this time around. I understand the lay of the land, I understand the process of it.”

Defeating Kay Hansen in impressive fashion, Jasudavicius got through the initial mental roadblock of joining the world’s largest MMA promotion and could shift her focus strictly to preparing for her next fight. 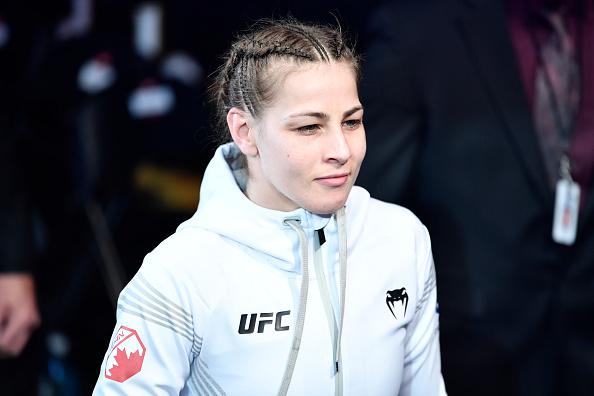 “Just being comfortable in the UFC,” Jasudavicius said of the biggest change from her UFC debut. “I was fortunate because I got to go through [Dana White’s Contender Series] so it was a little different, but I feel comfort within UFC. I know the staff, I know the Octagon, how it feels on my feet, I understand the process and I’m certainly more comfortable this time around.”

Already familiar with how a typical fight week operates, Jasudavicius brought 12 of her Niagara Top Team teammates along for the ride, sharing her insight on not only how UFC functions but how achievable it is to reach.

“This is the first time we’ve brought this many people,” Jasudavicius said. “We figured it would be a good training trip. They’re all up and coming fighters, so it’s for them to be able to see how this works and see how it’s in reaching distance.”

Facing Natália Silva at UFC Fight Night: Kattar vs Emmett, Jasudavicius will be the one with the edge in experience, as Silva will be making her first walk to the Octagon. Once in her shoes, Jasudavicius sees a clear advantage despite only having one UFC fight under her belt.

“She hasn’t fought in two years, and I think that’s huge,” Jasudavicius said. “Going from the regional scene to UFC is quite the jump, quite the difference…I think that will be a significant thing for her. 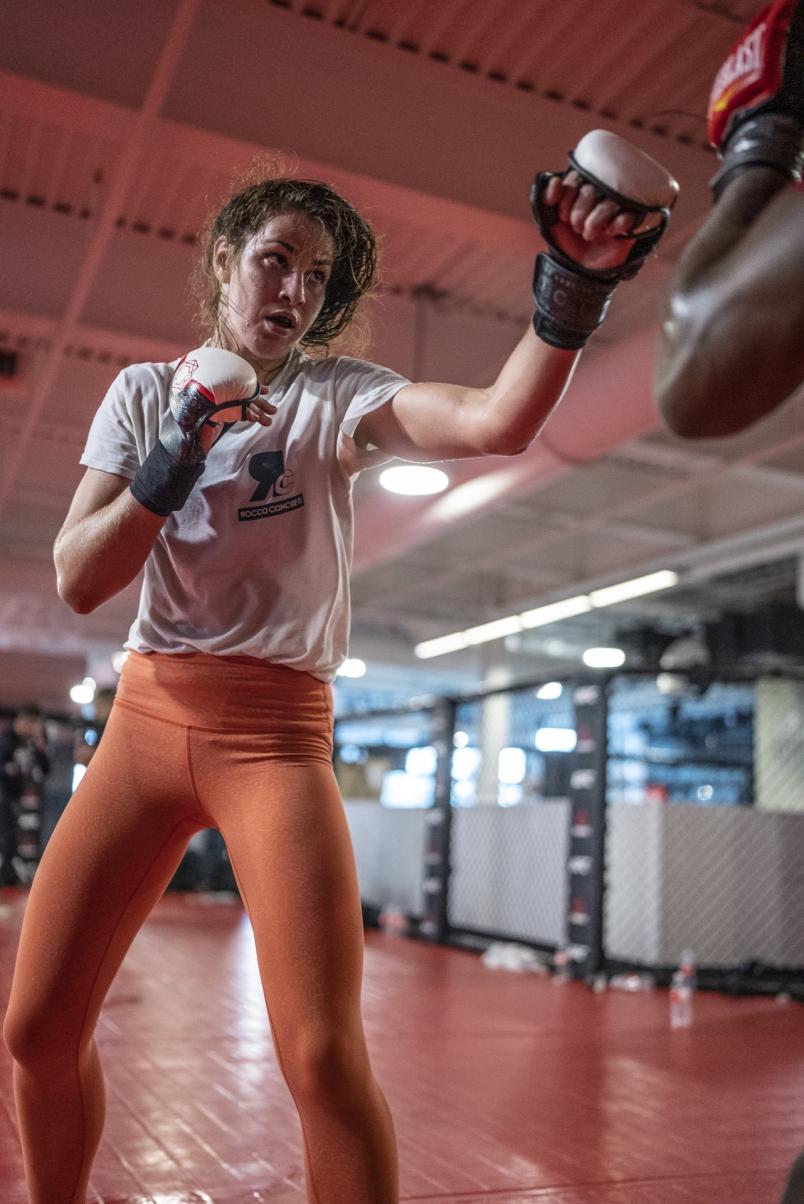 For Jasudavicius, her preparation couldn’t have gone any smoother. Avoiding any serious injuries, the Ontario, Canada native, traveled far and wide for her training camp, spending time at American Top Team in Florida and Syndicate MMA in Las Vegas, two gyms that have produced elite athletes and MMA champions.

“I was very fortunate to go down to ATT and [Syndicate],” Jasudavicius said. “They obviously have very high-level, talented girls there and I feel like I did well with them and that gives me great confidence. With that being said, it’s still a fight and the threat’s still there, so we made sure to be aware of that.”

That threat, on paper, appears to be in the grappling department. On a six-fight win streak, six of Silva’s 12 wins came by submission via armbar. For someone who spends so much time on the mat, albeit ground and pounding her opponents, Jasudavicius is plenty conscious of the dangers Silva brings.

“I’m always aware when I’m training if I get caught in an armbar,” Jasudavicius said. “[In training] I’m very aware of what happened, how did I get caught in the armbar, how did they set it up and making sure I get those looks. 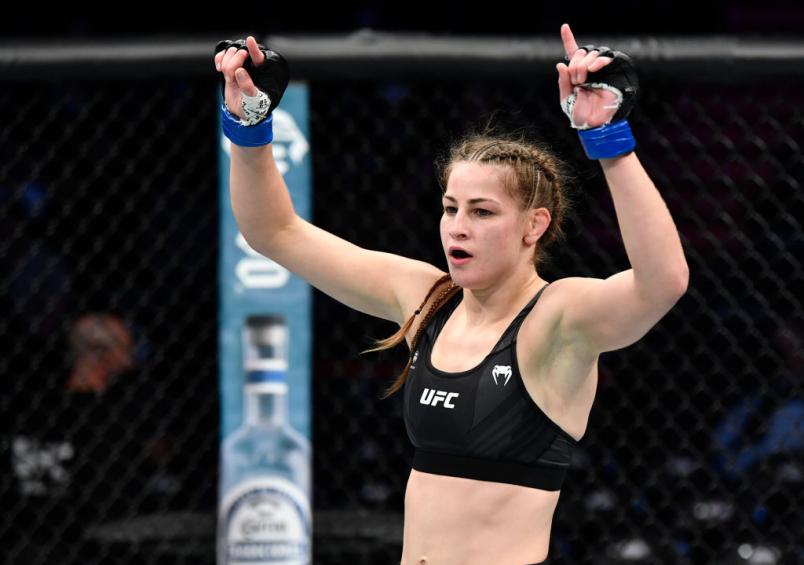 Jasmine Jasudavicius of Canada returns to her corner after the first round of her flyweight fight against Kay Hansen during the UFC 270 event at Honda Center on January 22, 2022 in Anaheim, California. (Photo by Chris Unger/Zuffa LLC)

Battling to a decision victory against Hansen, Jasudavicius’ initial goal was successful: winning her UFC debut. Playing it safe may have been her motive as she entered the third round up on the judges’ scorecards, but this time, Jasudavicius wants another life changing moment, by way of a Performance of the Night bonus.