Never expect the usual quotes from an interview with Jared Vanderaa.

Expect, instead, a stream of consciousness on any and all topics, with a little bit of fight talk sprinkled in.

This time around, as Vanderaa prepares for the biggest fight of his career against Andrei Arlovski this Saturday in Houston, it went from the meaning of Flo Rida’s lyrics and the sport of netball to famous makeup artists and ugly feet. “I know just enough to have a conversation about s**t that I have no clue about,” laughs the heavyweight prospect.

But, when it comes to the fighting end of things, Vanderaa won’t hesitate to kill some myths about the game, including one that there is something notable about training camp. “Fight camps are not exciting,” he said. “I don't know who told you fight camps are exciting. They're very boring, mundane things that just get monotonous and tiring and exhausting. You just do hard workout after hard workout, and you know what happens the next day? More hard workouts. There's nothing exciting about that.”

A fight with a former heavyweight champion does lift the excitement level of the 29-year-old, though, and he admits that when he got the call to face “The Pit Bull,” the fan in him came rushing out. “I saw my phone, I screamed like a little girl, and that's really not an exaggeration,” he said. “Oh my God, I'm fighting Arlovski. That was exciting news for me and I fan-girled way too hard.”

Luckily, though, Vanderaa knows what’s at stake as he seeks a return to the win column following a loss to Alexandr Romanov last October that put his UFC record at 1-2, and he expects to fight accordingly, saying, “I think the fan in me is the scarier side of me. It sounds stupid, but I'm like, it's Arlovski, we gotta kick his ass. Fighter Jared is like, okay we could just do this, and the fan's like no, this is Arlovski, you gotta do more. More. More.”

RELATED: There's Still Fire In The Eyes Of Andrei Arlovski

Laughing about this dichotomy, Vanderaa puts it as simply as he can when he says, “We need to beat him.”

And that’s not just for his own record and satisfaction, but also to make sure he doesn’t catch any heat on Sunday morning. 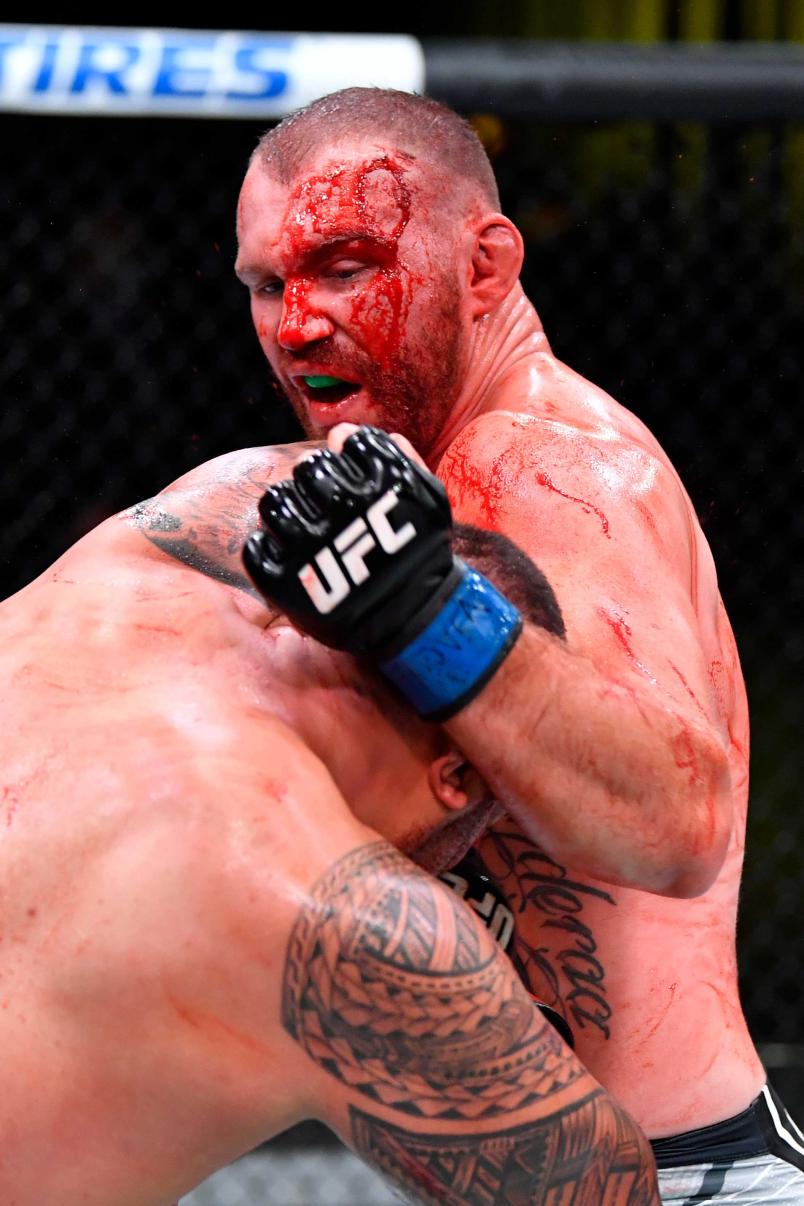 Jared Vanderaa punches Justin Tafa of New Zealand in their heavyweight bout during the UFC Fight Night event at UFC APEX on May 22, 2021 in Las Vegas, Nevada. (Photo by Chris Unger/Zuffa LLC)

Jared Vanderaa punches Justin Tafa of New Zealand in their heavyweight bout during the UFC Fight Night event at UFC APEX on May 22, 2021 in Las Vegas, Nevada. (Photo by Chris Unger/Zuffa LLC)

“The internet trolls are saying that if I don't beat Arlovski, they’ll be relentless,” he said. “At practice, Joe Stevenson was on my ass. He goes, ‘If you don't knock him out, I'm done. I quit.’ So I have a lot of extra, unnecessary pressure to punch Arlovski in the face a lot more than planned. And I'm trying to look good while doing this, too, so there's a lot. You can't look like s**t fighting a 43-year-old man somehow in his prime for the 15th time. I have to beat him up because everyone in my life will make fun of me. I'll make fun of me. I just don't need that negativity in my life. I’m thinking, ‘You're way too young, you're already balding, you're gonna look like you're 58 before you're 31.’”

In reality, Vanderaa is just 29, and while he’s in a high-pressure sport and competing at the highest level of it, he sounds like he’s having fun with it, just like Arlovski is at 43. I suggest that after the fight, the two should have their own podcast, given Vanderaa’s humor and Arlovski’s equally impressive one-liners.

“I think it would be fun,” Vanderaa agrees. “Between my mumbling and his accent, I think no one would understand us. At this point, we just need subtitles for both of us.”

And if you think Vanderaa is done facing fighters he admires after this weekend’s trip to Houston, think again. 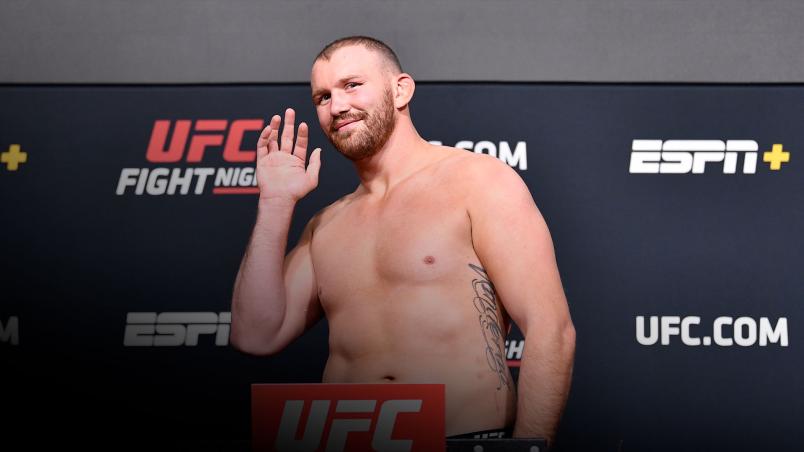 “I'm a fan of Tanner Boser,” he said. “He got me good. I called him out two days before the Arlovski fight was brought up to me. I said, ‘I don't think you have a fight; you have one now; your beard is s**t.’ Something like that. I figured that would get a rise out of him. He comes back with some savagery, like, ‘Your beard looks like you drive an electric car and you get Chai lattes.’ Dude, he came to roast. The whole insult was passive aggressive, and I loved it. A lot of people thought we were serious, and I kinda think he was joking. He wants to fight me; I want to fight him. There's no ill will except him saying my beard needed a Chai latte. Those are fighting words right there. But he would be a guy that I'd want to fight and actually have a beer afterwards. And I'm not a beer drinker.”

Maybe Vanderaa and Arlovski will have that beer in Houston after three rounds or less of a fistfight. That’s just fine with Hemet, California’s finest.

“When I first saw him / met him, I was star-struck,” Vanderaa said. “Oh my God, this is Arlovski. And then when I met him, I'm like this guy's gonna retire before I get to punch him. So I'm glad he's here so I can punch him before he retires.”