"The hardest part is training and getting your butt kicked every day. The
fighting is the fun part. I'm looking forward to the fun part.” - Jared Hamman 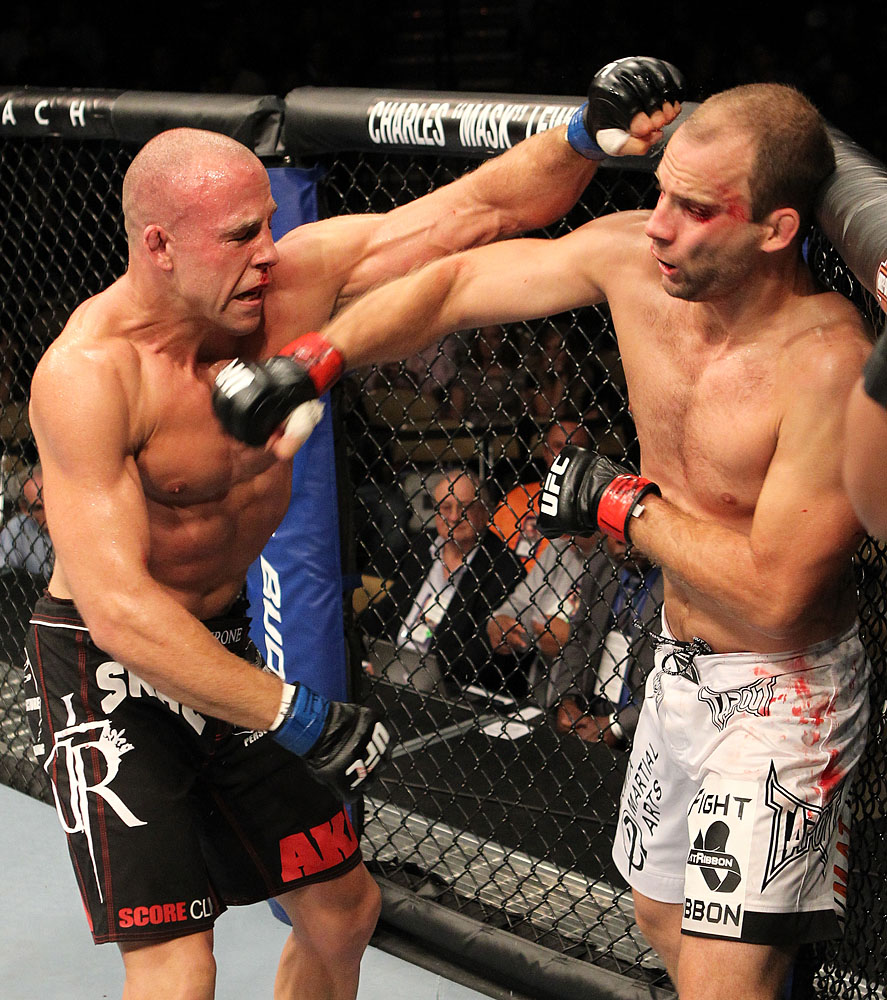 If there is one thing that UFC fans can assume about a two-time “Fight of the Night” winner, it’s that. But for “The Messenger,” that’s not enough. In his next trip to the Octagon, Hamman wants to show that not only does he love to fight, but that he knows how to fight like a professional and he’s good at it. The next opportunity for him to prove himself in the cage is this Sunday against CB Dollaway. Yet before that can happen, Hamman’s first true opponent is the scale, and dropping 20 pounds to become a UFC middleweight.

“I just enjoy fighting,” exudes Hamman. “I don't how to explain it, but I just want to keep fighting until they tell me I can't anymore. Whether it is 185 or 205. I didn't think I was feeling much pressure at 205, like I was getting held down or getting thrown around; the change was for me. It was about being a professional in every aspect of the game and right now that is cutting weight. I just thoroughly enjoy the process. Fighting is awesome and it is fun. Heavyweight, light heavyweight or now middleweight, it's just the enjoyment of fighting.”

At 29 years old, Hamman is preparing to weigh-in at the lightest he’s been since he was a junior in high school to square off with The Ultimate Fighter season 7 finalist, Dollaway. “I feel absolutely amazing,” says Hamman, who gives most of the credit to his dietician, P.R. Cole, for this new him. “At 205, I thought I had a great gas tank. At 185, my gas tank is awesome. My strength and conditioning has been off the charts.”

The idea to drop from light heavyweight to middleweight had been in the back of Hamman’s mind. But it wasn’t until his jiu-jitsu coach, Henry Akins, suggested it while Hamman was injured following a loss to Kyle Kingsbury last September that the plan was put into motion. Although he began his fight career at heavyweight, Hamman was only 220 pounds and he forced himself to eat to even make that. To be a 205er, Hamman never had to cut more than a couple pounds or keep to a diet. The move to middleweight was as much about taking every advantage as he could as it was for Hamman to feel like he was a professional fighter by forcing himself to cut weight.

“After that loss to Kyle, I was like what can I do to get better and what can I do to improve,” said Hamman. “With my diet, I've never had to eat strictly. I wouldn't eat junk food, but I wasn't on a diet plan or calorie counting. With 185, this is going to force me to be more disciplined as a professional athlete. I can't take any shortcuts if I want to cut down to 185. I have to do it in a professional manner. I need every advantage I can get and cutting weight was going to make me disciplined and I liked that.”

The next step for the University of Redlands alum was to make a trial run with his weight cut. “We set a date, I dieted down, and we did every single thing as close to the way the UFC would do it,” explains Hamman about how meticulous his coaches, Akins and former UFC heavyweight Antoni Hardonk, were with the project. “We did weigh-ins at 4pm, I drove around that morning. I made 185 and then re-hydrated and the next day we did a fight simulation to see how I would react. We did sparring and grappling and I felt great.”

For the 12-3 Hamman, this weight cut to 185 is about the professionalism he wants to display in this fight, inside the cage as much as outside the cage. “My coaches have taught me a lot and I'm not just using that brawl mentality,” asserts Hamman, who believes what he’s shown UFC fans in his two “Fight of the Night” performances is his heart, but not his skills. “The year layoff has been great because I've been practicing and practicing and practicing. In this fight, I want to use those tools in my tool belt and I want to show more than just sheer effort. I'm still going out there to fight to win and not to fight to not lose, but I want to be more technical this time.”

Hamman will get the opportunity to do so against “The Doberman” Dollaway at UFC Live on August 14th. “My first thought is that I know he is a wrestler, but he likes to stand and kickbox,” says Hamman of his 12-4 opponent, an All-American wrestler at Arizona State University. “What I like about him is that he likes to fight and he doesn't like to lay and pray. He likes to bring it and that's exciting for me. That's why I liked fighting Kyle because I enjoy fighting those types of people and I think CB is the same way.”

The preparation for this bout has been a long one for “The Messenger”, but a fulfilling one, as it has allowed him a lot of needed training with his three revered coaches. For Brazilian jiu-jitsu, Hamman has Rickson Gracie black belt Akins, who he has been working with for a year and a half. For striking, Hamman has the K-1 and UFC experienced Hardonk. Finally, Hamman’s overseer/wrestling coach is the UFC veteran, Vladimir “The Janitor” Matyushenko. On top of that, Hamman found time to get some time in at both Grudge Training Center and at Team Quest.

“It has been weeks and weeks of hard training, dieting, not eating ice cream, being a pain in the butt to my wife, and I'm ready to stop practicing and go compete,” affirms Hamman. “I'm ready to go out there and be free and have fun. The hardest part is training and getting your butt kicked every day. The fighting is the fun part. I'm looking forward to the fun part.”

On Sunday, he enters the Octagon for the first time in almost a year to battle a game opponent, Dollaway, in a new weight class. “I think the fans know I'm not the most skilled or technical fighter, but I will fight to my very last breath and fight with every last ounce of energy that I can,” says Hamman, who has already shown he has the spirit to be a fighter. Now he wants to show he’s got the tools too. “I'm not just a caveman. Winning the ‘Fight of the Night’ is great, but I have these skills that I've been taught and I am going to use them. I do have skills.”