Jared Gordon Believes That He His Discovered His True Potential And Can't Wait To Display It At UFC Fight Night: Blaydes Vs Lewis
By BY E. SPENCER KYTE, ON TWITTER @SPENCERKYTE • Feb. 16, 2021

There have been plenty of “difficult training camp” sagas over the years, but Jared Gordon’s ordeal in advance of his appearance on UFC Fight Island last summer just might take the cake.

“It was really bad,” Gordon said, reflecting on the nearly month-long stretch that preceded his return to the featherweight division against Chris Fishgold back in July. “It was just a lot because it was like one thing after another.”

First, Gordon got really sick, though he tested negative for COVID. Soon after, his fiancée suffered a miscarriage before getting diagnosed with the coronavirus four days later, prompting Gordon to relocate to her empty condo to quarantine by himself and prepare for his fight.

“I was fighting a couple days after Gilbert and they were just going to stay and wait for me.” 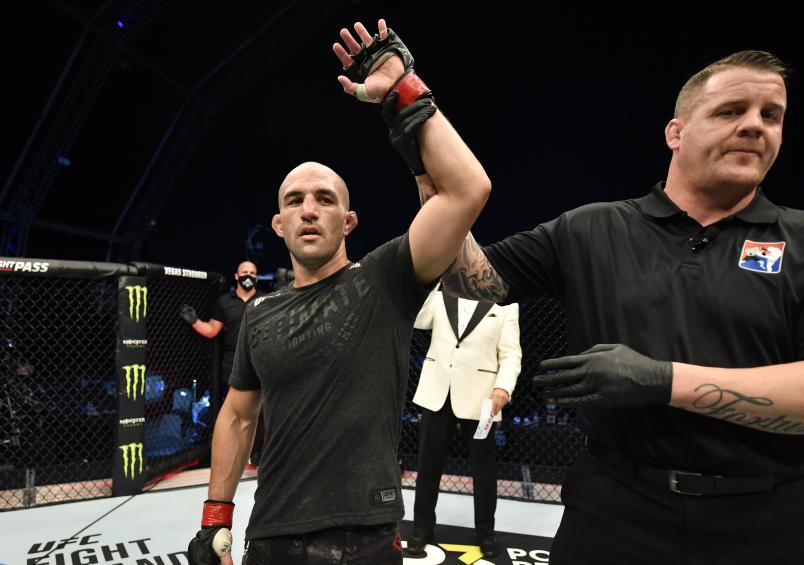 Jared Gordon celebrates after his victory over Chris Fishgold in their featherweight fight during the UFC Fight Night event inside Flash Forum on UFC Fight Island on July 16, 2020 in Yas Island, Abu Dhabi, United Arab Emirates. (Photo by Jeff Bottari/Zuff

As he readied to venture to Abu Dhabi in search of his first victory in more than a year and to snap out of a rough 1-3 stretch, the Sanford MMA representative had spent the final three weeks preparing by himself in isolation and was unsure who would be cornering him come fight night.

Thankfully, his long-time friend and training partner Paul Felder was slated to call the fights and was given clearance to leave the broadcast booth and accompany Gordon to the cage. Xtreme Couture head coach Eric Nicksick was on site and stepped in as well, as did jiu-jitsu ace Garry Tonon, whom Gordon had trained with for years when he worked out of the Renzo Gracie Academy in New York City.

With an all-star corner cobbled together on the fly, Gordon went out and turned in one of the best performances of his UFC career, dominating Fishgold from start to finish to earn a sweep of the scorecards, with 30-26 tallies across the board.

“I kind of felt crappy in the fight — I had no pop on my strikes, my legs were heavy; I felt slow, I felt weak,” admitted Gordon, who returns to action on Saturday against Danny Chavez. “I was just better than my opponent, in better shape than him, but I had nothing on my shots.

“I went in there under all those adverse circumstances and I got the job done.” 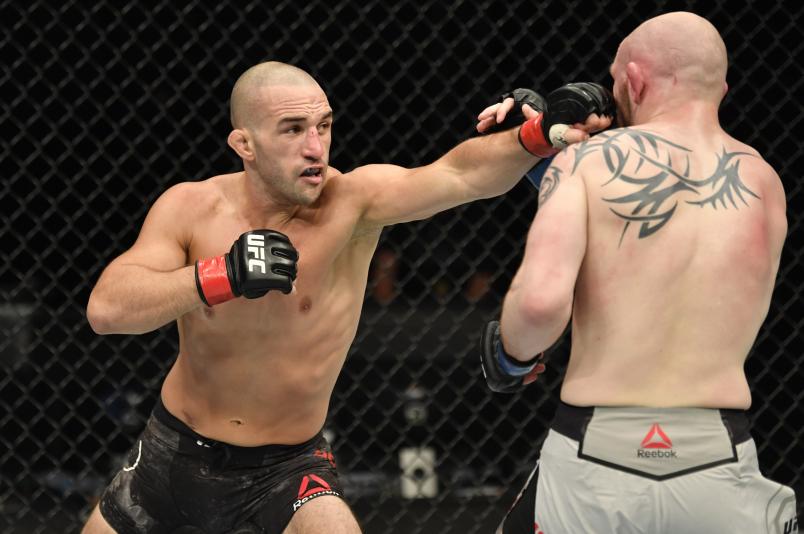 Dealing with adverse circumstances is nothing new for the 32-year-old from Queens, who was raped when he was a child, grew up using and selling drugs, and had multiple overdoses and trips to rehab as he battled heroin addiction. On December 27 of last year, he celebrated five years of continuous sobriety.

Successfully emerging on the other side of an early life that has claimed innumerable others has made Gordon uniquely prepared to deal with whatever obstacles land in his path during training camp or fight week itself, and helped him develop the kind of focus and self-belief that allows him to tackle whatever will come his way between now and Saturday night when he steps into the Octagon with Chavez.

“Listen, something will happen, but that’s fine, because that’s the way God wants it for me,” he said, certain that his smooth training camp would run into a detour at some point and that he wouldn’t get to Las Vegas without encountering some kind of challenge. “God always wants to test me to make me a better person.

“Everything I’ve gone through is setting me up to be exactly where I am right now and I’m in the best place I have ever been mentally, spiritually, and physically.

“It’s ‘The Way of the Gordons’ as my mom says,” he continued, “because there is always something. But when that something happens, I’ll take it in stride because if nothing else broke me, this won’t break me; it will only make me better.”

Last summer’s bout with Fishgold was a return to the featherweight ranks for Gordon, who made his debut in the 145-pound weight class, but missed weight, prompting a move up to lightweight for five fights. 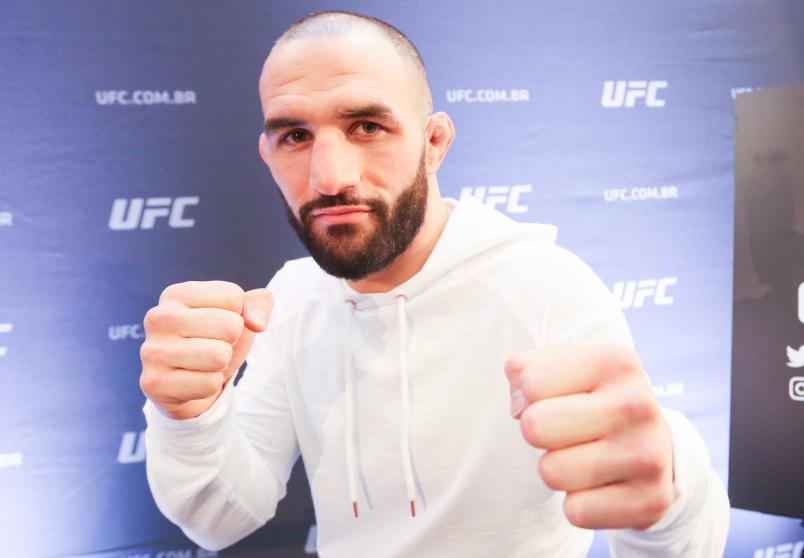 Though he earned a couple of victories and a Fight of the Night bonus along the way, he was clearly undersized and ultimately outgunned in losses to Diego Ferreira and Charles Oliveira.

“No matter who I got in there with, I would look across the cage and think, ‘There’s a gorilla over there!’” said Gordon if his time competing at lightweight. “I’ve got a 68.5-inch reach — I’ve got the reach of a flyweight, if that — and I’m not tall by any means, so I was always the smaller guy.

“If you look at my record and you know what you’re talking about, I fought some monsters, but I was fighting in the wrong weight class,” he added. “Now here I am, back at ’45 and I feel like this is the weight class I should always have been in.

“I learned a lot, I gained a lot, and I feel like I’m finally poised to go on a big run now.”

That may sound like typical “fighter-speak” to some, but it’s difficult not to at least be intrigued by Gordon’s potential in the talent-rich featherweight division.

After winning and successfully defending the CFFC featherweight title prior to arriving in the UFC, he’s earned two wins in as many starts in the 145-pound ranks and turned in the best overall performance of his career last time out despite having to navigate a litany of personal and logistical nightmares on his way to the Octagon. 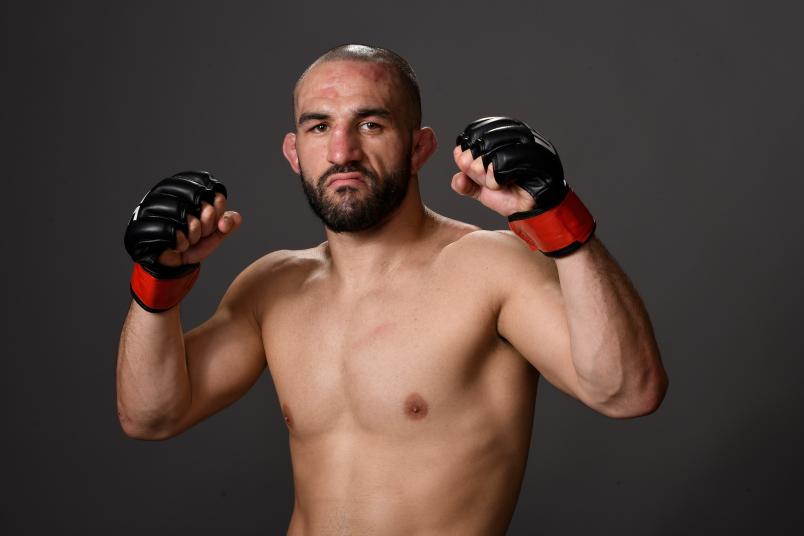 Jared Gordon poses for a post fight portrait backstage during the UFC Fight Night event at the Target Center on June 29, 2019 in Minneapolis, Minnesota. (Photo by Mike Roach/Zuffa LLC)

Not only is Gordon settled into life competing as a featherweight and coming off a quality effort under adverse circumstances, but he’s also drawing inspiration from a current champion who also stumbled out of the gate before hitting his stride and making an improbable climb to the top of his weight class.

“Look at Jan Blachowicz — the guy was 2-4 in his first six,” he said of the reigning light heavyweight champion, who has gone 8-1 since then and claimed the vacant title with a second-round stoppage win over Dominick Reyes last fall in Abu Dhabi. “I have a new slate, I have a new contract, and I’m coming off a win — I’m only starting to chip away at the tip of the iceberg of how good I am and how good I am going to be.

Having been to hell and back before reaching the UFC and dealing with myriad challenges inside and outside of the cage since getting there has only served to strengthen Gordon’s resolve and fuel his drive to continue pushing forward.

For years, he got in his own way, sabotaging his life and never really giving himself the opportunity to reach his full potential.

But those days are over.

“My biggest fear is being mediocre, and for a long, long time, I ruined my life and I’m done with that. I’m ready to show everyone and be the inspiration that people need.

“My potential is super-high and I’m going to show it February 20.”