For the last several months, Jared Gordon has been battling the unique push-pull that comes with being a fighter stuck between two weight classes.

Readying for a return to lightweight this weekend against Joe Solecki, the 33-year-old New Yorker has spent plenty of time running over the pros and cons of competing at both featherweight and lightweight; the former his preferred division, the latter where his body has told him he’s fated to compete.

“There are pros and cons to both weight classes, but I’ve come to the conclusion that I have to be better, not bigger,” began Gordon, who went back to the lightweight division after missing weight ahead of his February clash with Danny Chavez in Las Vegas.

It was the second time in three UFC fights at 145 pounds that the former CFFC featherweight titleholder had failed to hit the divisional limit, and though he won the fight to push his winning streak to two, Gordon is once again competing in the lightweight division this week and for the foreseeable future.

“Instead of killing myself to make ’45, I can be a little more comfortable at ’55 — eating some more, not having to wear myself down just to make weight,” continued Gordon, who owns a 2-3 record inside the Octagon at lightweight, with wins over Hacran Dias and Dan Moret, and losses to Carlos Diego Ferreira, Joaquim Silva, and current champion Charles Oliveira. “For me to get down to ’45 is hell on Earth. I really have to bust my ***, really have to count my calories, and I have to lose muscle.

“Now I can be happier throughout fight camp and the rest of my year without having to be super-strict year-round.”

Love this pic at my engagement party of @bullyb170 @craigeckelberg @bryan_zampella @CMPunk Jeremy and my late best friend @thesavage125. It was a mobbed themed party, fun fact: Sergio- The Savage was James Gandolfini’s personal assistant for 10 years pic.twitter.com/ZdOW8i6Ejx

Simply hearing the sacrifices and amount of focus, energy and dedication that it took for Gordon to fight at featherweight is uncomfortable, so you can only imagine what it’s like to go through the additional runs, the limited caloric intake, and everything else that accompanies such an undertaking.

Which is why hearing the Sanford MMA representative begrudgingly declare that fighting at lightweight means an easier weight cut, happier fight camps, and a little more freedom in his day-to-day life when he’s not preparing for the fight sounds odd, but it’s not when you understand the constant tug-of-war taking place in Gordon’s head and the heads of every ultra-competitive athlete looking to find a way to give themselves the best opportunity to succeed.

“It’s all mental,” said Gordon, who carried resentment towards himself for missing weight in February, replaying the soundtrack of insults and putdowns that he told himself and heard from fans after missing the mark by four pounds in February.

He runs through a list of thoughts he’s gone over innumerable times as his thoughts toggled between lightweight and featherweight — questions about his conditioning and ability to absorb punishment; thought about being the bigger man in the cage, and having the strength to hang with people in the 155-pound weight class. 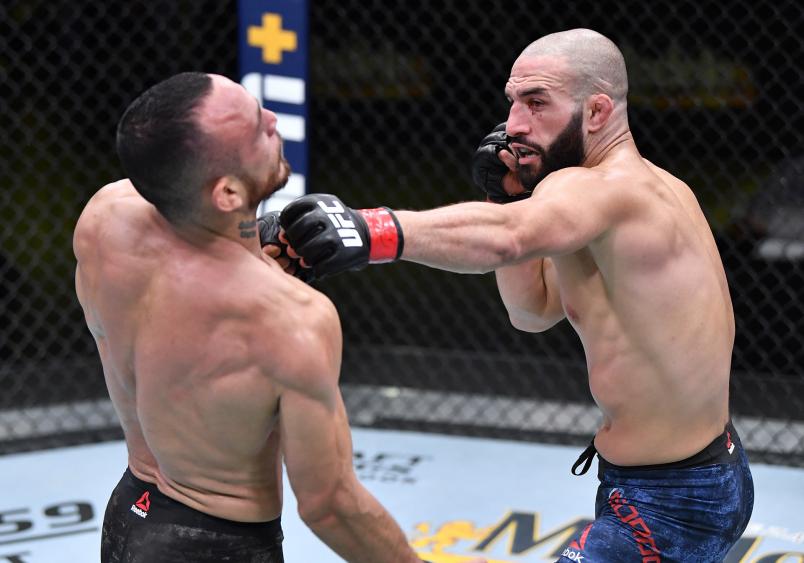 “I’m not weaker than these ‘55ers and I know that for a fact,” said Gordon. “I may be a little shorter and not as long, but I have to fight in a way that it benefits me; I’ve got to fight a smaller guy’s fight.

“A guy like Mike Tyson was a small, small heavyweight and look what he did to these guys,” he continued, citing “Iron Mike,” who gave up considerable height and reach to the majority of his opponents, but made up for it by unleashing his ferocious attack in close. “Obviously MMA is different with knees and kicks, but I think I have figured out how I have to train and how I have to fight, and that’s what I’m going to do — I’m going to go out there and perform.

“I know I can perform with the best guys, hang with the best guys because I do it every day in the gym with savages all around me,” added Gordon, who trains with an elite collection of talent in Deerfield Beach. “When I come prepared, which I am right now, I usually win.”

In order to make that happen, he’s going to have to do something no one has been able to do in the UFC just yet — defeat Joe Solecki.

The 28-year-old graduate of Dana White’s Contender Series (Class of ’19) has gone 3-0 inside the Octagon thus far, pushing his record to 11-2 and his overall winning streak to six with victories over Matt Wiman, Austin Hubbard, and Jim Miller.

Born in New Jersey and now based in North Carolina, Solecki cut his teeth in the sport on the same rugged East Coast regional circuit as Gordon, who was already familiar with the man he’ll face on Saturday night before he reached the UFC. 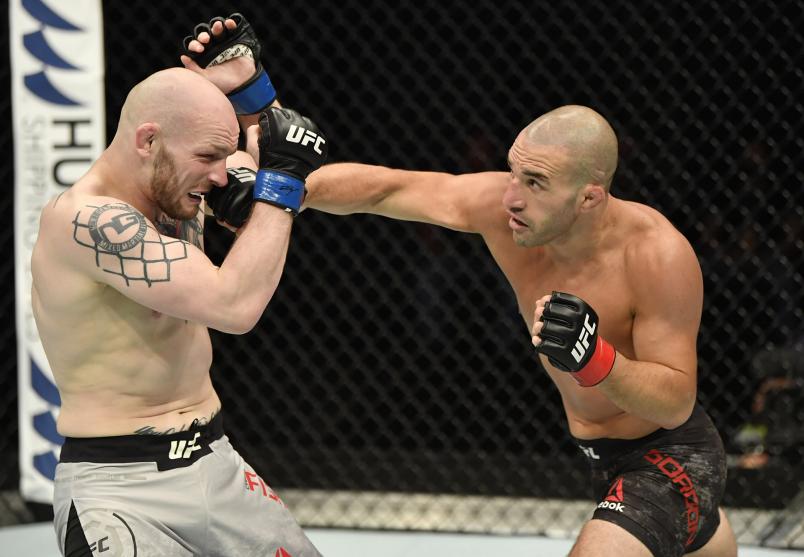 “So we both came up in CFFC, so I’ve heard his name for a while now,” started Gordon, who actually fought on the same card as Solecki in February 2017 at CFFC 63; Gordon defended his featherweight title with a win over Bill Algeo while Solecki collected a first-round submission win over Kevin Perez. “I’ve seen his fights and I’ve watched his UFC fights.

“It’s obvious he’s a great grappler — a good jiu jitsu guy, with good takedowns — and that’s where he likes to take the fight. He likes to slow the fight down, but it’s a very effective style; he wins fights and he finishes guys, too.”

Although he’s highly complimentary of what Solecki brings to the table and has accomplished thus far, the ornery veteran knows what he has to do in order to be successful on Saturday night, and he has no intention of leaving Las Vegas without a victory.

“He seems like an awesome person, but I truly believe this is my time now; this is my time to make a run,” began Gordon. “He seems like when things are going well for him, he does well, but when there is adversity, he doesn’t really react well to it, so I’m going to make it as dirty as possible. I’m going to keep coming and be in his face non-stop. I have to bring the fight to him. I can’t let him bring the fight to me.