No matter what, Jared Gordon isn't going to quit when things get tough.
By Thomas Gerbasi • Jun. 27, 2019

Jared Gordon can’t remember the conversation he had with himself as he made his way back to his corner after the second round of his December fight with Joaquim Silva.

He was up 20-18 on all three judges’ scorecards heading into the final frame, but he was going to go back into the fray with a torn hamstring suffered during a Silva submission attempt.

“I had close to a full tear,” Gordon recalled. “It came off my pelvic bone, so when I stood up, my leg was just giving out on me. Every time I took a step, it was like I had a rubber leg.” 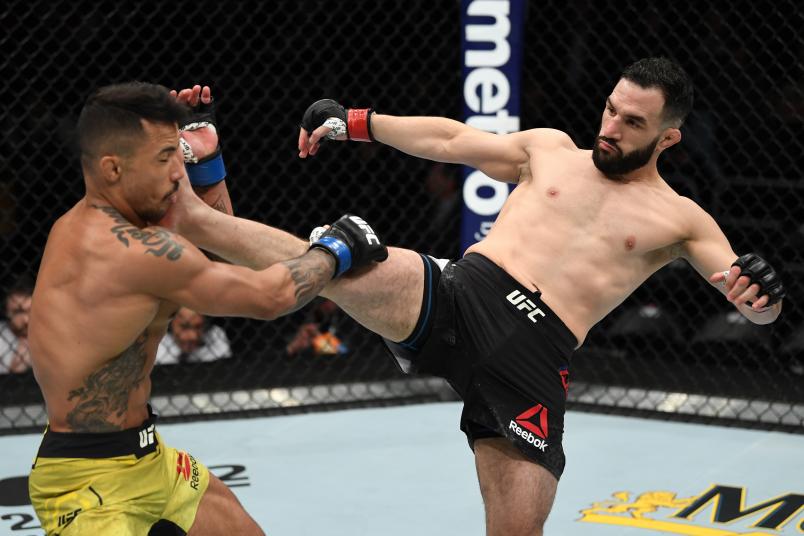 But he made it to the corner, and there was never any question that he would answer the call for round three.

“Maybe I’m just stupid,” Gordon laughs when asked where that type of fortitude comes from. Then he talks about the first loss of his career to Jeff Lentz in 2015, when he broke his orbital bone, one of five fractures to his face, and had the fight stopped.

“If this was the street and I was in a situation where I had to die to help others or whatever the case may be, well, I guess you’re gonna have to kill me,” Gordon continues. “I don’t want to take the easy road out. And a lot of times, I’m not making a conscious decision. There was never a feeling of let’s get out of here.”

He laughs again, recalling the seven days he spent in a trauma unit after the Lentz fight. One of his fellow fighters told him that if they suffered injuries like that, they would walk away from the game.

“That never crossed my mind,” Gordon said. “I thought, ‘I can’t believe I lost; I’ve got to get back in there as soon as possible.’”

Jared Gordon didn’t quit. Not against Jeff Lentz. Not in his battle with drug addiction. And not against Joaquim Silva.

The New Yorker would lose to Silva, getting stopped in the third round of a bout that ultimately earned the pair Fight of the Night honors, but it’s okay. Sometimes – maybe always - it’s about the journey not the destination.

“If I tapped to that submission and didn’t go into the third round and put on that show, I wouldn’t have gotten the bonus and I might not have gotten another contract, so if I have to dig deep and go for it, I know I can,” said Gordon, who did get that new contract that he gets to break in this Saturday against Dan Moret.

“It wasn’t my best year, but I did make progress and it got me to where I am now,” said Gordon, who made the move to Milwaukee to train with the Roufusport squad. “So it wasn’t a complete failure, but I’m gonna get back in the win column. I never look past what’s ahead of me; I just want to stay active and keep fighting and winning and really get to the point where I’m being recognized as a fighter, so I’ll be able to obtain more popularity and then I can help people on a bigger platform. That’s my goal.”

Though he may not know it yet, Gordon has gotten that popularity thanks to his performances in the Octagon, and while he still hopes his past struggles will provide a lesson and inspire, it’s nice that people are thinking of “Flash” as a fighter first. 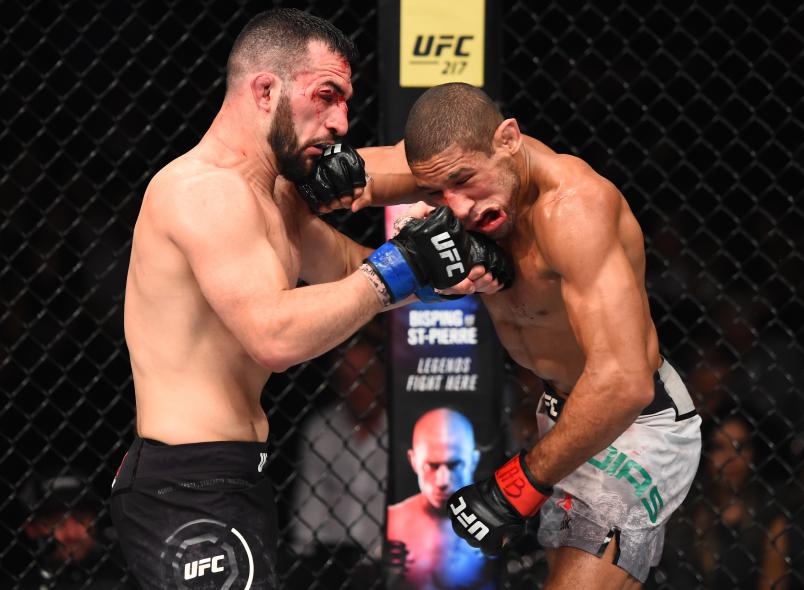 “A lot of people that want to interview me, they always want to bring that up,” he said of his well-documented past. “But everybody already knows this. We don’t have to talk about what happened. We already know this. If you want to talk about moving forward and what I want to do to help other people, that’s a different story. My goal is to use the UFC as my platform to help people and I believe that if your purpose is not bigger than yourself, then you really don’t have a purpose. But yes, it’s very nice that I’m also getting recognized as a fighter and not just as an ex-junkie.”

Gordon laughs, and it’s clear that he’s in a good place. Why wouldn’t he be? He gets to fight again, and he can’t wait. And while getting a Fight of the Night bonus is nice, on Saturday, he’s chasing a W.

“As long as I do what I’m supposed to do, I can still go out there and get the finish and put on an exciting fight. You can’t be boring about it. You can’t take a guy down on lay on him. I just have to keep it basic and keep to what got me in the UFC. That’s my winning way and it’s exciting and people still love to watch that kind of fight.”