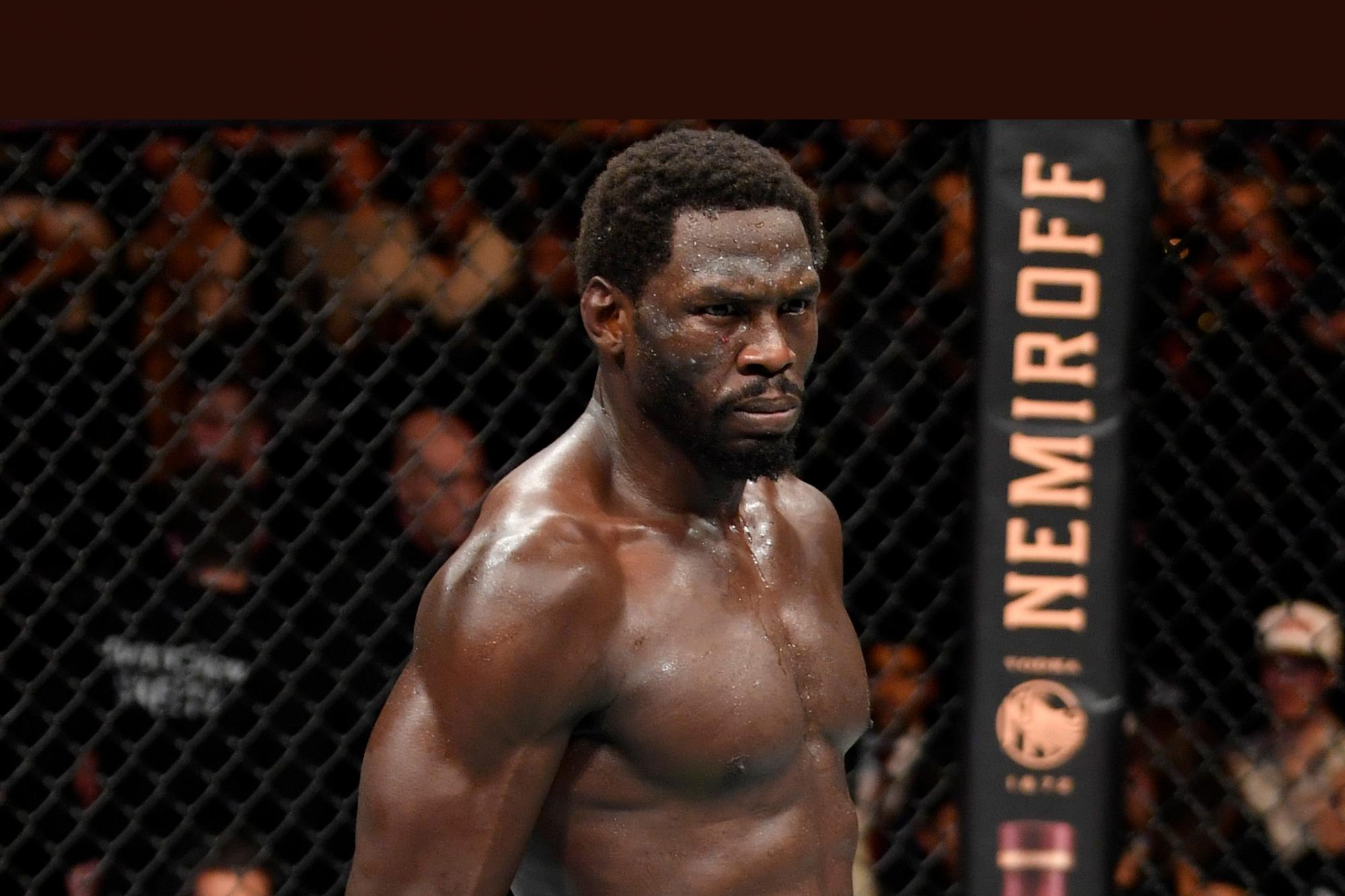 Jared Cannonier is on His Own Unique Path

Jared Cannonier isn’t so much elevating himself to a sort of divine throne but rather explaining the energy and spirituality with which he lives his daily life.

“Everything is energy,” Cannonier told UFC.com. “Everything is, and people who don’t realize that, I got Spirit Bombs coming your way. What do they say in martial arts? The shot that you don’t see hurts the most. What Rob (Whittaker) knows about that, I don’t know.”

It’s a train of thought that’s outside the conventional box, but then again, so is Cannonier. A former heavyweight and light heavyweight who found his home at 185 pounds, “Tha Killa Gorilla” is a unique case of a mixed martial artist finding a healthier career below their initial weight class.  For Cannonier, it’s just a testament to a better handling of his health and fitness.

The benefits were clear from the start. Cannonier is 3-0 at middleweight with three knockouts, most emphatically against Jack Hermansson in a headlining bout in Denmark. The win launched him into the title picture, worthy of a fight against the division’s elite. Rumors swirled around bouts against Whittaker and Darren Till in early 2020, but injury struck as a torn pectoral muscle halted Cannonier’s momentum. Somewhat favorably for Cannonier, the coronavirus pandemic halted UFC action for a period of time while he rested and rehabbed ahead of the biggest fight of his career.

The stakes haven’t shaken Cannonier, though. Instead, he feels as ready as ever to announce himself as the next man to challenge for Israel Adesanya’s throne.

“I know I’m not a normal human being,” Cannonier said. “What (Whittaker) sees is the flesh. I don’t look at people and see the flesh because I know exactly what we are as human beings. When he gets in there to fight me, he’s going to be trying to fight the flesh. When I get in there, I’m going to destroy the flesh, but my soul is going to come upon him, and he’s going to feel that, and he’s going to see how big it is. And then, that’s when the physical part comes into play. When we stand across from each other, and we square up, and he sees me getting ready to come and advance, and he’s doing his thing, and that happens, he will know.”

While Cannonier isn’t shy about sharing his confidence, he is also well-aware of his ego and managing where he projects that kind of energy. At The MMA Lab where Cannonier has made his home, the humility and work rate he shows consistently makes an impression on those in the gym, according to his coach John Crouch.

As Cannonier’s profile continues to rise in the sport, as does the chatter around his fights. Adesanya has frequently made note of Cannonier’s success, even shouting him out after his win over Paulo Costa at UFC 253. The message was clear: Beat Whittaker, and the next title shot is his.

Even with that acknowledgement, don’t expect Cannonier to change his demeanor any time soon.

Before he concerns himself too much with splurging – though he did admit he’d just want to buy an acre of land – he has the tall task of taking down a rejuvenated Whittaker fresh off a decision win over Till. Whittaker was open in feeling burned out after his loss to Adesanya, but before the Till fight and since beating him, the former champ is keen on bouncing back and regaining gold.

What Cannonier is potentially most excited about ahead of this fight is the fact that it’s happening on Fight Island without any fans in attendance. Cannonier said he enjoyed watching the empty arena fights over the last few months and could particularly sense the connection some fighters made while engaging in combat.

To that point, Cannonier believes the environment will help him impose his presence even faster, thus springing him one step closer to a shot at the belt and a near-culmination of a distinctive journey down from heavyweight to middleweight and up the 185-pound ladder.

“That’s my goal, and without a crowd, I think he’s going to be able to realize that very soon.”