Jan Błachowicz: “I Will Be Champion Again”

It Wasn't The Way That Jan Błachowicz Expected To Get A Title Shot, But He's Going To Seize His Opportunity To Become Champion At UFC 282: Błachowicz vs Ankalaev.
By Gavin Porter, On Twitter @ItsGavinPorter • Dec. 8, 2022

It wasn’t the way he drew it up, but Jan Błachowicz couldn’t be happier with where he sits heading into UFC 282.

The former light heavyweight champion found out the news regarding a significant injury to Jiří Procházka when he made his way to Las Vegas in late November. He was informed that Procházka had decided to vacate his title and that his opponent, Glover Teixeira, had declined to take on a new opponent for the title.

And while Błachowicz would never wish injury or misfortune to happen to someone, the injury to Procházka and the decision by Teixeira benefited him tremendously.

He was already slated for a title eliminator fight against Magomed Ankalaev in the co-main event of UFC 282 just minutes before Procházka vs Teixeira was set to take place. Now he’ll get to face Ankalaev with the strap on the line and get his chance to reclaim his spot on the light heavyweight throne. 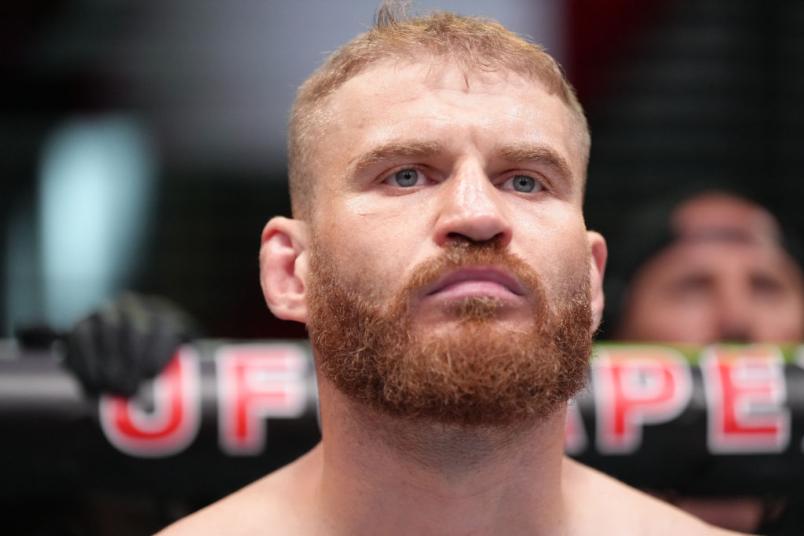 Jan Blachowicz of Poland prepares to fight Aleksandar Rakic of Austria in a light heavyweight fight during the UFC Fight Night event at UFC APEX on May 14, 2022 in Las Vegas, Nevada. (Photo by Jeff Bottari/Zuffa LLC)

“I wish Jiří a very fast recovery and I respect his decision about leaving the belt because he didn’t want to hold up the division. This was something was very nice,” Błachowicz told UFC.com. “I have to use this chance. Everybody would use it. It is what it is. I’m happy and excited and ready to bring the belt again to Poland.”

“I will be the champion again.”

Błachowicz’s two-year-old son is back in Poland, waiting for his dad to return with a victory. When Błachowicz won the light heavyweight title in 2020 his son wasn’t born yet.

Winning the belt this time has a whole different meaning to Błachowicz now that he’s experienced what it’s like to be a father and what kind of example he wants to set for his son.

“It changes everything,” Błachowicz said. “First time the belt was for me and this time the belt is for him, not for me. I would like to do this for him.”

Błachowicz knows that Ankalaev is quite the challenge, as the 30-year-old Russian has amassed a 17-1 professional record which includes a 9-1 record in the UFC. Ankalaev’s only UFC loss came in the final second of his UFC debut when he was caught in a triangle choke by Paul Craig.

Since then, he’s collected nine victories, including big wins over Ion Cutelaba, Nikita Krylov, Volkan Oezdemir, Thiago Santos and Anthony Smith. It’s been an impressive run that Błachowicz is excited to put a halt to.

“He’s had an amazing UFC career. Nine-win streak so it’s time to stop it. Too much of good and time to make his record 17-2, but I have big respect to him because he’s great and a tough opponent. I have to be ready for a very tough fight,” Błachowicz said of Ankalaev. “I think nobody has found a way to beat him, only one. Paul Craig found a way to beat him so I’m going to have to be the second one.” 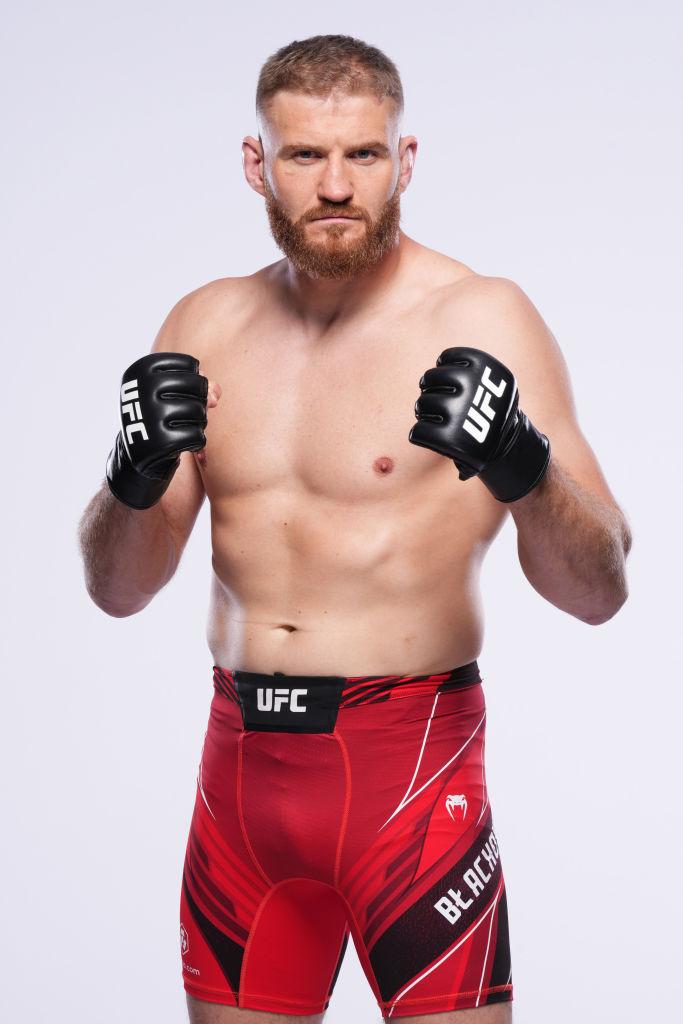 Jan Blachowicz poses for a portrait during a UFC photo session on May 11, 2022 in Las Vegas, Nevada. (Photo by Chris Unger/Zuffa LLC)

Błachowicz is expecting their main event bout to feature just about everything. He sees Ankalaev using crisp striking, good wrestling, and high-level techniques against him. Beating a fighter of Ankalaev’s caliber is always a challenge, but that’s what proving you’re the best in the world is all about for Błachowicz.

“Yeah, this is going to be a tough fight. It’s going to be an exciting fight and one that people will remember for a long time,” Błachowicz said. “But I don’t care about all of that. I’m here to be champion and be the best in the world. I just want to beat him. I’ve sacrificed so much for this and I’m going to prove that I’m the best fighter.”

By no means is Błachowicz looking past Ankalaev, but it’s impossible for him not to consider the chance that he may have the opportunity to win the belt at UFC 282 then turn around and defend his title against Teixeira in 2023.

In October of 2021, Teixeira submitted Błachowicz to become the light heavyweight champion. That loss has been in the back of Błachowicz’s mind since that day in Abu Dhabi and he would love the chance to get that one back.

“This is one thing I would like to do. I want to defend the belt against Glover one more time, but this time I want to prove to myself that I can beat him. I can fight much better than I did in our first fight. This is one image I’d like to make,” Błachowicz said as he cracked a smile. “If you check my rematch record, I’ve never lost.”

But right now, getting past Ankalaev is what’s on Błachowicz’s docket. He has visions of becoming a two-time UFC champion and cementing the legacy of Polish power.

And, if he’s being honest, he thinks that reclaiming the belt will be a much different feeling than when he won the title the first time.