After An Impressive Knockout At UFC 260, Australia's Jamie Mullarkey Says That Was Just A Sign Of Things To Come
By UFC Australia Staff, on Twitter @UFC_AUSNZ • Aug. 12, 2021

There’s an old saying: To be the best, you’ve got to beat the best. But some would add that you also need to learn from the best. Australian lightweight Jamie Mullarkey is doing just that, both in his day-to-day training and in drawing knowledge from the fighters who’ve come before.

Which is not say the 26-year-old isn’t already pretty darn good. He is. His 46-second KO of betting favourite Khama Worthy at UFC 260 was proof of that, the perfectly placed left hook shocking viewers and making up for decision losses in his previous two UFC outings.

“It was a great outcome,” explains the 155-er. “I came ready for a war, but quick in-and-out performances are always nice. We knew he was a fast counterstriker and that he probably had a speed advantage. So we practised getting a reaction out of him, then banging in that left hook and those counter shots.” 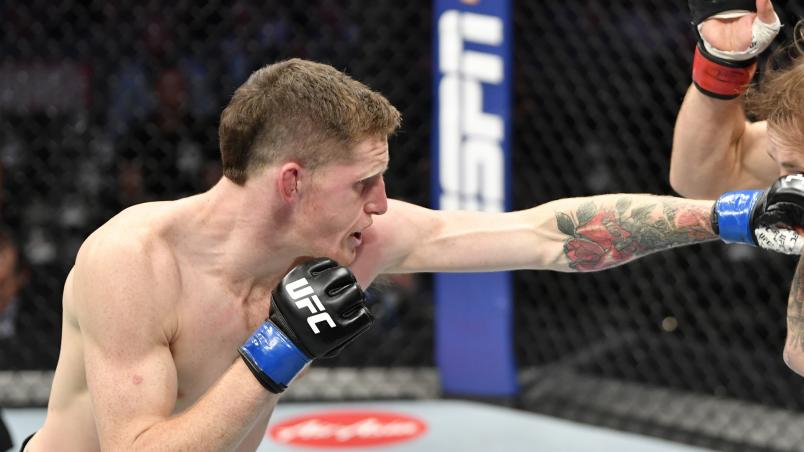 Jamie Mullarkey of Australia punches Brad Riddell of New Zealand in their lightweight fight during the UFC 243 event at Marvel Stadium on October 06, 2019 in Melbourne, Australia. (Photo by Jeff Bottari/Zuffa LLC)

“Ross and I get on really well,” says the Central Coast native. “You can’t put a price on experience like his – I think he had almost 30 UFC fights. Everything he tells me makes so much sense, so training with him has really lifted my game. And I’ve got plenty more combos like the one you saw in my last fight!”

A scary prospect when you combine it with Mullarkey’s natural ability to deliver action-packed bouts that saw him win a couple of titles on the local circuit, as well as sharing Fight of the Night honours in his points loss to Brad Riddell at UFC 243.

Up until fairly recently, the man who calls New South Wales’ Central Coast home actually juggled being a professional fighter with a full-time job as a plumber. But raw talent can only take you so far and, while proudly retaining his blue-collar work ethic, he’s happy to have the opportunity to raise his skills to the next level. 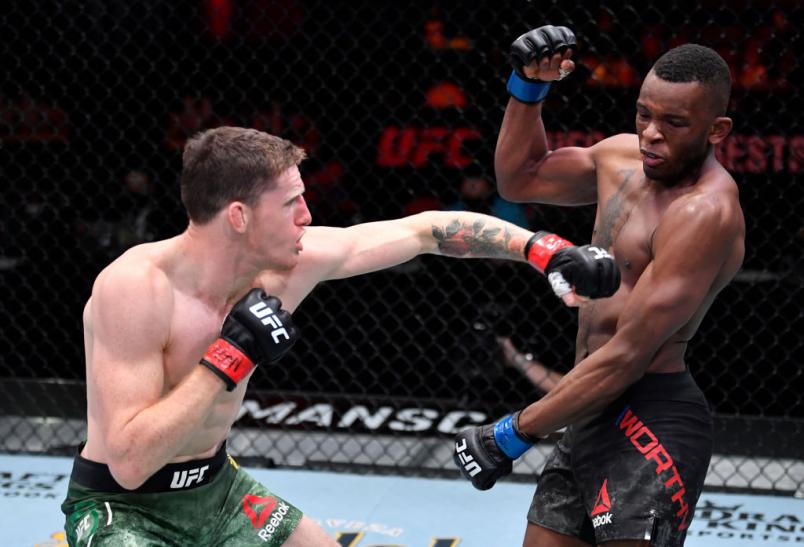 “Now that I’m only focusing on being a fighter, I’ve noticed a huge improvement,” he notes. “The amount of extra time I have to put into becoming a great athlete is paying off, and I intend to keep those wins coming. I’m only just reaching my prime.”

Along with coach Pearson, Mullarkey is quick to credit the assistance he’s received from UFC featherweight champion Alexander Volkanovski, who lives a few hours south of him in Wollongong.

Watch All Of Mullarkey's Fights On UFC FIGHT PASS

“I’m training with him again now and it’s going really well,” reports Mullarkey. “The skill level at his gym makes it very competitive. Everyone is at that high level, and we really push to make each other stronger.”

Interestingly, rather than feeling like the pressure on him is increasing as he rubs shoulders with champs and works his way up in the UFC, the lightweight reveals that he handles it a lot better these days than early in his career.

“I remember Mike Tyson saying how once he was backstage waiting until it was time for his fight and then he heard his opponent’s walkout music,” recalls Mullarkey. “He said he was so scared he wanted to run away. I felt the same as that when I started. I still get nerves, but they are good nerves nowadays. I’ve made the walk so many times it just seems normal. MMA has taught me a lot of things, but maybe the best lesson has been self-reliance. You’ve gotta depend on yourself.” 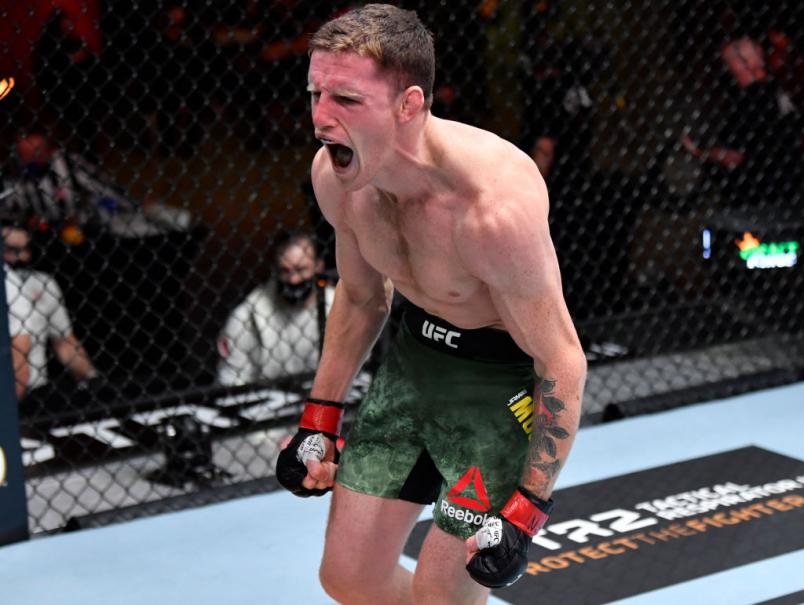 The Aussie can also depend on plenty of support from his region, especially when he’s the first from the area to make it into MMA’s premier organisation.

“It means so much to be the first fighter from the Central Coast to reach the UFC, and to receive that support from people. I go into my fights with a lot of pride about where I’m from,” he states, adding, “Australia and New Zealand are producing a lot of great fighters. I think the reason we’ve been so successful is we don’t lie down easily. We really show the ANZAC spirit.”

For those in other countries who might not know, Aussies and Kiwis fought together in World War I as the Australian and New Zealand Army Corps (ANZAC), an alliance that is still celebrated. Speaking of celebrations, what will Jamie do if his next bout is over in a mere 46 seconds?

“I’ll be having a cold beer with the boys!”

As usual, though, he won’t be expecting an easy night. Mullarkey will arrive ready for a three-round war, and come armed with more valuable lessons learned from Pearson, Volkanovski and quality training partners.

“Next time you see me in the Octagon, expect a new and improved fighter. I’ll still be just as exciting, but with a higher fight IQ. Expect a much smoother performance.”