When James Wilks retired from MMA, he could have never predicted where his life would be today
By Thomas Gerbasi, on Twitter: @TGerbasi • Apr. 5, 2020

Nearly a decade after his last UFC fight, James Wilks never expected that being the producer and star of a highly acclaimed documentary to be his next chapter in life.

“No, totally not,” he laughs. “I just sort of anticipated running an MMA gym and training military and law enforcement as I was doing and fight for a couple years. But when I got injured, it took me on a different path, so I'm actually grateful now that I tore the ligaments in my knee.”

When Wilks did wreck his knee while sparring with heavyweight star Fabricio Werdum, the quest to study recovery and nutrition began. It led the Leicester, England native down a rabbit hole that ultimately led him to several conclusions, the main one being that a plant-based diet had more health and performance benefits for athletes than other diet options. These conclusions led him to produce “The Game Changers,” and it’s not only been a game changer for the people who have viewed it and made the switch, but for Wilkes himself.

“Until the coronavirus hit, I was getting approached everywhere I went, and it's from people that have seen the film and probably watched the debate on Joe Rogan because there are a lot of naysayers,” Wilks said, referring to his nearly four-hour debate with Chris Kresser on The Joe Rogan Experience podcast in November of last year. “But the reaction has been overwhelming and surprisingly positive.”

That also means the 41-year-old gets plenty of folks asking question after question about plant-based diets and whether they should or could take the plunge.

“Of course, there's a small percentage online of people saying, 'I could never do that' or 'Convince me some more,' but the film does a pretty good job of laying out the facts and dispelling some of the myths,” he said. “So it's been positive, people saying they've made switches. We're not trying to tell people to go vegan or vegetarian; we're trying to dispel the myths and let them make their own decisions, but it's causing a shift towards more plant-based eating, whether people are going all the way or just eating more fruits and vegetables. We like to say it's all or something, not all or nothing, because the science shows there's benefits no matter what steps you do. It's really about incorporating more plant-based foods and don't believe in the myth that you need meat to be strong, healthy or athletic.” 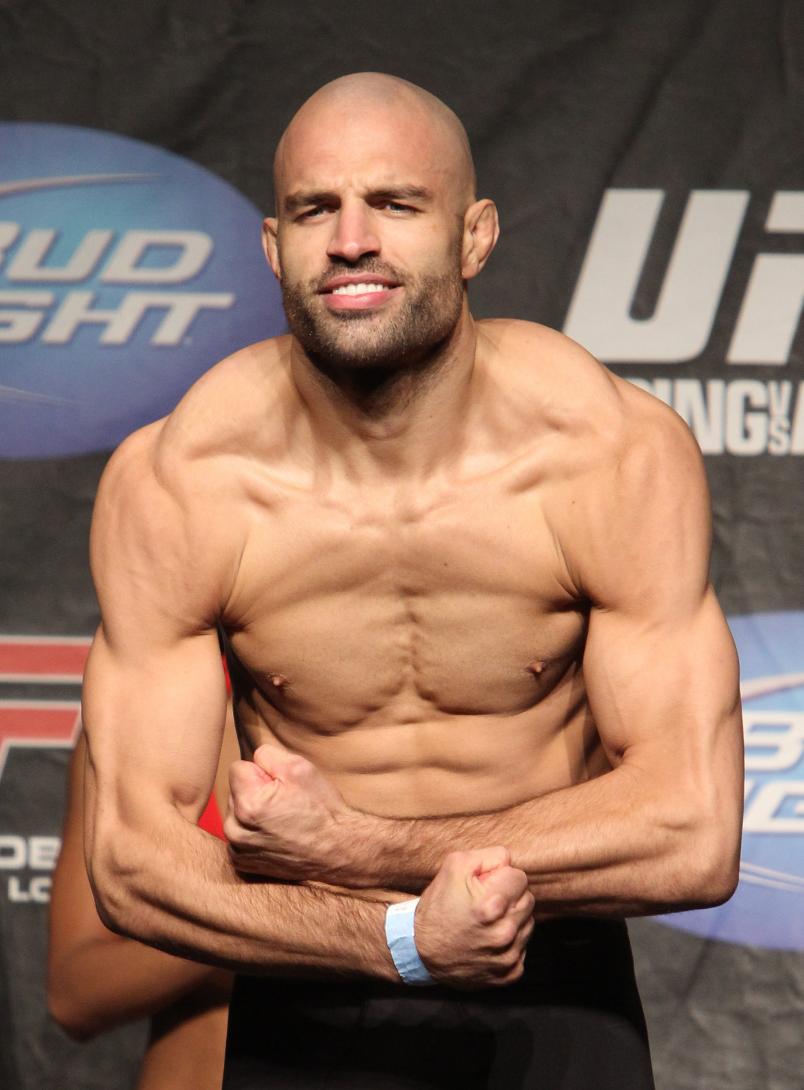 In other words, Wilks is passionate about the film and his new lifestyle, and he will answer any questions about it, but he’s not a preacher. And that’s how he was when he was an active mixed martial artist as well. Wilks wasn’t a talker, preferring to let his actions speak for him, and while that led him to a 5-2 record on the local circuit in his adopted home state of California, he wasn’t exactly approaching his pro career as the be-all, end-all of his existence.

Wilks wasn’t about to turn down an opportunity, though, especially one that would allow him to knock an item off his bucket list, so when he heard about The Ultimate Fighter’s ninth season being one that would pit teams from the U.S. and U.K. against each other in 2009, he was in.

“When I was doing this stuff, I was fighting every year or so,” he said. “My focus was always realistic self-defense for the street and training the military, and MMA was sort of a side thing. It was the closest thing where I could test myself, but I never set out to become a career mixed martial arts fighter. The only reason I went for The Ultimate Fighter is because I was turning 30, and I told my roommates who were watching previous seasons that I could beat all those guys. (Laughs) They, said, ‘Okay, go on and show us.’ I didn't want to look back and say, 'I could have fought in the UFC.' Turning 30 really triggered something in my head. I thought, I've got to do something, I haven't really achieved much, so that's why I set out to do that and win it. But I was never really planning on being a 10-15-year UFC competitor. It wasn't my focus, really.”

Wilks was good, though, so good that he finished Che Mills, Frank Lester and Lester again in succession to earn a spot in the finals. He was about to achieve what he set out to do, and he knew that being in the world’s collective living room every week was going to allow him to do things he wouldn’t have been able to do otherwise, like open a gym, which he did before his UFC debut.

“When I knew I was gonna be in the finale, I had a few months to train, so I thought this is a good opportunity to open my gym,” he said. “Well, that takes a couple months to get going. And, in retrospect, was that a great idea? I remember literally walking out to the finale against DaMarques Johnson, thinking, 'Holy crap, I probably shouldn't have just opened up the gym.'”

Wilks chuckles about it, now, but at the time it was a real concern whether opening up the gym and setting up something for the future took some of the focus away from his present. Ultimately, he didn’t have to worry, as he submitted Johnson in the first round and became the TUF 9 winner. 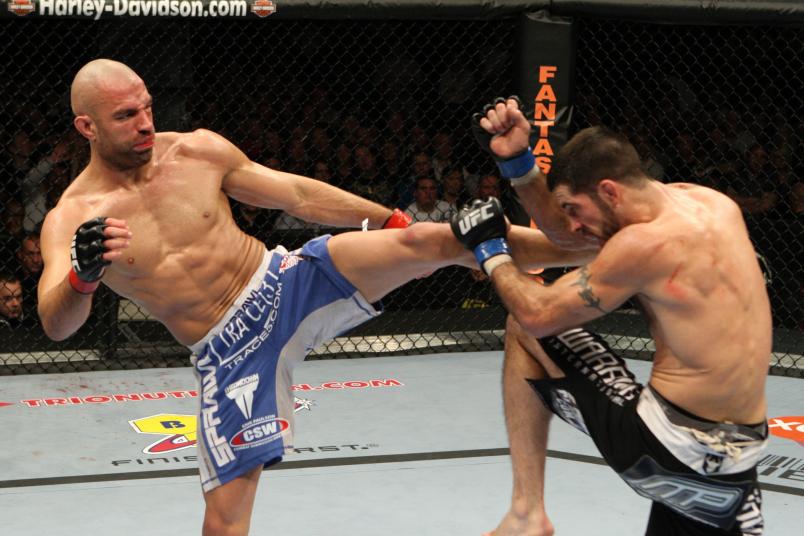 He would go 1-2 over his next three, beating Peter Sobotta while losing to Matt Brown and Claude Patrick. He was expected to return for a short-notice assignment against Amir Sadollah in March 2011, but the injury in sparring scrapped that bout. Wilks wasn’t done yet, though.

That would come later.

“The knee injuries put me on this path of searching nutrition, then the knees healed after nine months and I was back to full training,” he said. “I was starting to train for a fight and I shot a double leg on someone and they moved out of the way and I hit my head on the wall. That flared up an old injury where I had actually fractured my neck, previously. So, I got an MRI, got four expert opinions and they said you've got a significant, high-risk of paralysis. At that point, I thought it wasn't worth continuing and I was already starting to work on this documentary.”

To borrow the cliché, the rest is history. But Wilks, despite doing well for himself in his post-fighting life, does have that fighting gene in his DNA. So, does he get the itch to return to a sport where former UFC foes Brown and Sobotta still compete?

“Surprisingly, in the last few years, my neck's been feeling really good,” he laughs, but quickly dismisses talk of a comeback.

“Maybe a grappling match, but if I was gonna do it, I'd have to take it really seriously and focus, and dedicate six months towards doing something like that. But I'm so busy with this stuff, it would be hard to really focus on it.”

Fair enough, but that’s okay, we’ve still got plenty of good stuff coming out of the James Wilks corner, and though he’s not trying to convert anyone, he wouldn’t mind if people kept an open mind about what he’s saying.

“Eighty percent of the chronic diseases - heart disease, diabetes, cancer - could be prevented or reversed by lifestyle,” he said. “And of the lifestyle factors - exercise, stopping smoking, good sleep, stress reduction and food - food is by far the most important one. I just want to share that message with people and continue to put out resources and further information and tips and a book. So I'm focused on that and I'm still training, myself. But yeah, I wouldn't fight again.”