James Krause: You Can't Lie to the Game 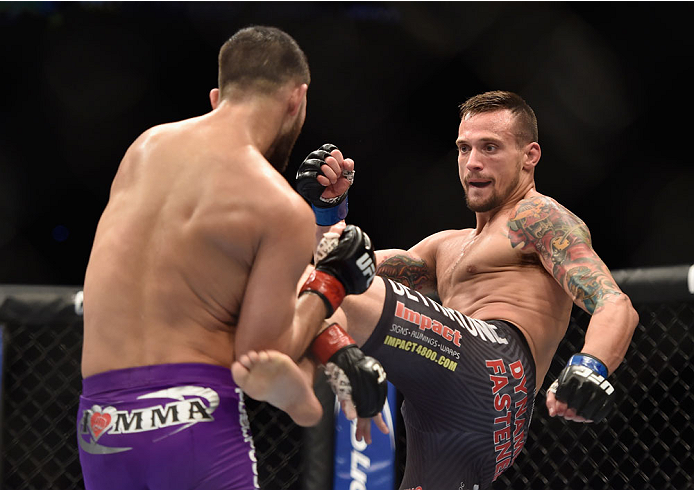 If you just go by his record in the Octagon, James Krause looks like an inconsistent member of the lightweight ranks, but that description doesn’t seem apt when you dig a little deeper.

Over his first four fights, he’s alternated wins and losses. A third-round submission win over Sam Stout that earned him twin bonuses was followed by an awkward, foul-heavy loss to Bobby Green five months later. After rebounding with a first-round stoppage win over Jamie Varner, he got outworked and handed a unanimous decision defeat by Jorge Masvidal.

On the surface, it’s textbook inconsistency, but reflecting on the road that has carried him to the brink of a UFC 184 matchup with Valmir Lazaro, Krause offers a different way of looking at things that often gets missed because everyone is so focused on the results and nothing more.
> See James Krause's fighter profile

“The Bobby Green deal happened; it is what it is,” the 28-year-old Missouri native begins. “I don’t really look at the Jamie Varner thing as a freak accident either – that’s not anything I did. I went for a low kick, he checked it wrong and that’s not my problem. The Masvidal fight, I highly underperformed. If I worked at McDonalds, there would be days where sometimes I just don’t show up for work. That was an off night for me, but I don’t feel inconsistent at all.

“Plus all those guys I’ve fought are great,” he adds with a laugh. “Every guy I’ve fought in the UFC has been very, very talented; they definitely haven’t given me any easy fights by any means. Two wins and two losses doesn’t really tell the story of what’s going on in my UFC career.”

It’s a fair point given that he competes in one of the deepest divisions in the sport and just about everyone gets caught in the ebb and flow of fighting at one point or another.

Unfortunately, fans usually tend to focus on the results and only the results, with judgments of a fighter’s skills and abilities falling at one of two extremes based on how many times they’ve had their hand raised inside the Octagon. Win and you’re awesome, lose and you have no business being in the UFC. 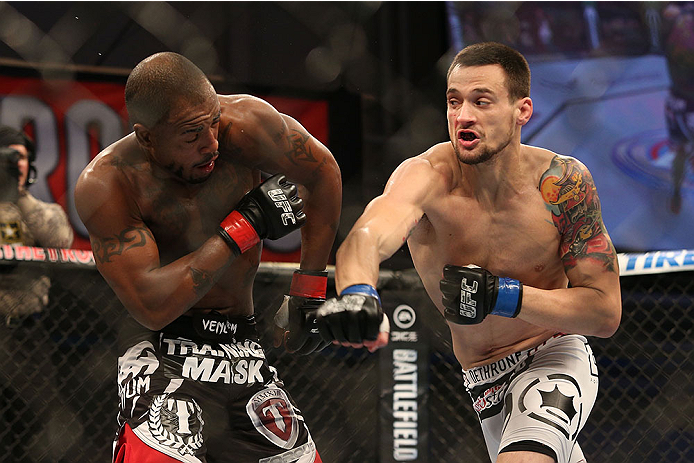 “At the UFC level, everybody is a Ferrari, man,” Krause said. “Everybody is good, there are no shortcuts and there is no lying in there. You can lie to the fans, you can lie to yourself, but you can’t lie to the game and when you step in there, the truth comes out.”

This weekend in Los Angeles, the 21-6 lightweight is aiming to deliver a true representation of his skills when he shares the stage with Lazaro at UFC 184.

A member of the Nova Uniao camp, Lazaro made his promotional debut in August, suffering a unanimous decision loss to another tall, rangy member of the 155-pound ranks, James Vick.

Krause has studied the tape, searching for weaknesses and figuring out a game plan. He also spent a portion of his camp drilling Muay Thai with Kru Marc Montoya and the team at Factory X in Denver, Colorado, preparing himself for the striking attack the 29-year-old Brazilian will bring to the cage on Saturday night.

“I feel really good about the matchup,” Krause, who holds a win over Michael Johnson from back when the two were coming up on the regional circuit in and around Missouri before having a cup of coffee in the WEC, said. “I think that he’s going to have trouble with the range again. I believe that I’m a far better grappler and I think I’m the most well-rounded and talented guy that he’s fought.

“Vick is obviously a talented guy, but I think I bring a little more danger to the table. Vick is definitely good and I’m not taking anything away from him by any means, but I just think that I’m a little more dangerous in the sense of being able to finish fights whenever. I think I showed that in the Stout fight and the Varner fight.

“A few months back on a Titan FC show, I had a teammate that fought and Marc from Factory X was out there and we did a pad session,” Krause continues, explaining how he ended up preparing for Saturday’s contest in Denver. “I really liked his style, he was very welcoming to me and it was a different feel, a different look. I really liked what he was showing and I always wanted to go out there, so everything kind of lined up together. 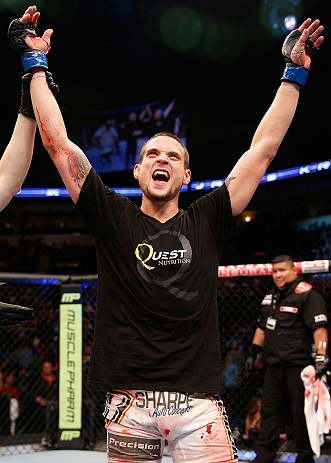 “Lazaro has a Muay Thai style as well, so it just kind of made sense.”

Now, the work is done, the film study is over and the game plan is formed. All that is left is to cross the threshold into the Octagon and let the truth be told and Krause is confident that when the smoke clears, he’ll be the one standing in the center of the cage with a smile on his face, his arm raised in victory.

“I really expect a first-round finish,” he admits. “I feel like I’m a far superior athlete than this guy and I have much more experience and many more tools to finish the fight. Not to downplay any of his skills because I think he’s a very talented guy, but I think stylistically I think I match up really well with him.

“In no way do I think this fight is a gimme – I think Lazaro is dangerous, maybe more dangerous than some of the guys that I’ve already fought – but I’m ready. I think his back is against the wall – he’s got a lot to prove and I think I’m the toughest person he’s ever fought.

“I expect a first round finish. Anything less than that and I would be upset with myself.”
> Check out the full UFC 184: Rousey vs. Zingano fight card