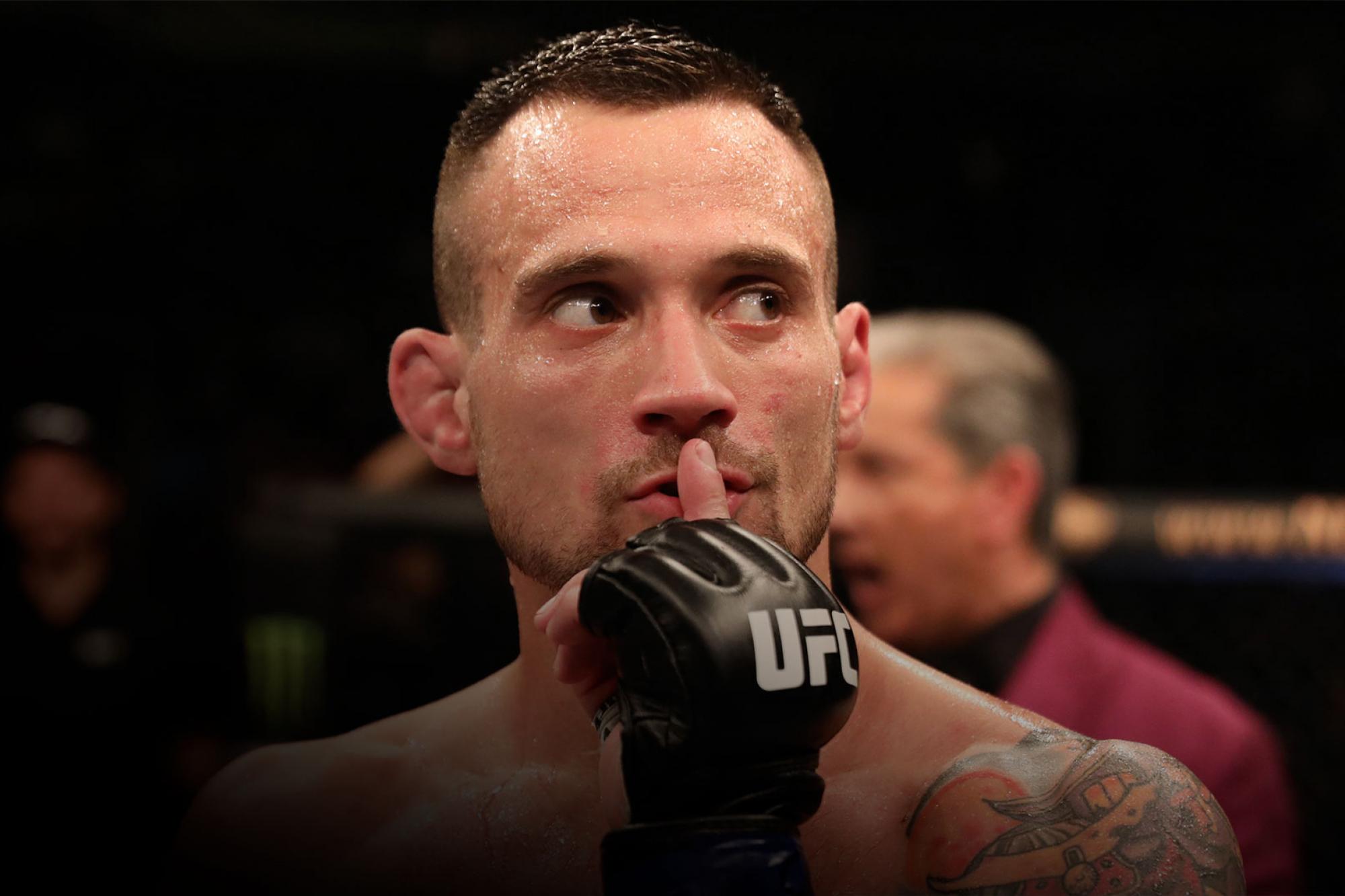 James Krause Is More Than A Fighter

After several trips back and forth to events across the world to corner his fighters, James Krause earned at least the rest of the summer off.

But that’s not James Krause.

“Never that,” he laughed, days before he got on a plane to Abu Dhabi, not to coach on Fight Island, but to fight, as he accepted a short notice assignment to replace Muslim Salikhov and face Claudio Silva on this weekend’s card. His reasoning was simple.

“It was offered to me,” he said. “With my schedule, it's really tough for me to schedule anything right now, so this fit in great with my schedule. If I didn't take this fight, I wouldn't fight again for the rest of the year.”

Let’s take this with a grain of salt from the man whose first 2020 appearance against Trevin Giles in February came on a day’s notice. So is he really going to tone things down for the rest of the year?

That’s the type of schedule one has when you’re one of the top coaches in the sport. Just don’t call Krause an MMA coach.

“I feel like the best coaches in the world aren't MMA coaches, they're life coaches,” he said. “And I think it's not just about how to fight like a champion; it's how to operate like one.”

To that end, working with Krause provides fighters not just with an education in the sport, but in life outside and after the sport. At 34, the Missouri product still has plenty of gas in the tank as an active competitor, with wins in six of his last eight to prove it. But more importantly, his attention to detail in his financial life and his work to build something after his career is over has made him an example of someone who is doing the whole pro sports thing right.

“I've seen too many people piss away their money or whatever and it's sad when these guys are in this sport, such a painful sport - literally and figuratively – and you see guys walk away from it with nothing. That hurts my heart to see, and it's not a long span as a professional athlete, so my goal is to make it count while you're in there.”

He has, and in the process, he’s developed a unique take on fighting and his place in the great scheme of things.

“I get a lot of criticism for this but I've said this before: I really don't care about rankings or a title or anything like that,” said Krause. “It's just not something I've ever really cared about. For now, I'm making good money doing it, I enjoy doing it still, and if the rankings and the title comes of it, then so be it, but I don't change the way I train. I train hard every day, so all that stuff is kind of irrelevant to me. I use this money to reinvest in the things that will create wealth down the road for me.”

That doesn’t mean his competitive fires have stopped burning. In fact, the matchup with Silva, who has won 14 straight, certainly has him intrigued because it’s another showdown with a Brazilian Jiu-Jitsu black belt like himself. The last one he fought – Sergio Moraes – Krause knocked out in the third round. But will this be a grappling battle with Silva?

“I think one of the best things about my game is I'm well-rounded,” he said. “I can grapple with him. It's very similar to the Sergio Moraes fight. I showed I can grapple with him; he's a four-time world champion. They've got a little bit different grappling styles, but I don't feel like I'm gonna be out of place on the ground with him. But I feel I will have a big advantage striking with him, so obviously I'm gonna try to keep the fight standing, but it doesn't matter to me one way or another if we go to the ground. I can fight well anywhere.”

As for that little devil on his shoulder that wants him to go to the ground with “Hannibal,” Krause admits he exists, but he’s got him under control.

“There's one part that's like, 'Hey, let's see who's the better grappler,' and I would be lying to you if I said I didn't ever think about that, but one of the things that I think is way more cooler than finding out who the better grappler is, is winning,” he said. “I want that second check and I want the W next to my name, so I always try to put myself in the best possible chance for me to win the fight, whatever that looks like.”

A second check is always nice, a third one for a performance bonus is even better. That’s more money for Krause to invest in the future for himself and his family, and while he’s already built a nice name for himself as a fighter in this sport, what he leaves his fighters in terms of preparing them for the next step may be even more important.

“I'm not just an MMA coach,” he said. “The culture in our gym is not an MMA culture. The culture is, this is our life, this is what we do, this is us. We live this lifestyle to do this. It's not just about fighting. There are things that go along with that that you have to understand, and to be able to operate at this level. Just like any professional sport, the window is not much. This is not a career. I know (UFC President) Dana (White) said that recently and he got a lot of flack for it. It's not to say that you can't make enough money within a short amount of time, but to me, a career is something you do your entire life - you retire at 50 or 60. We're not going to be fighting when we're 50, but if we have ten years of this in the sport, we gotta make the best out of that ten years. I'm trying to set myself up for the remaining years to come and that's what I'm trying to help these guys with. Make these years count, make smart decisions right now that lead to where you don't necessarily have to work if you don't want to.”