James Krause: A Founder Of MMA In Kansas City

It wasn’t easy, but over the last fifteen years, James Krause has paved the way for Missouri to become a global destination for athletes looking to make the leap in combat sports.

When Krause made his professional debut in 2007, there was a perception that to be successful in MMA, an athlete needed to train at bigger, more popular gyms. So, despite doing some cross training in his early days, it was always a priority for Krause to prove that it was possible to make it to the UFC by training locally.

Krause would go on to fight for a handful of promotions, spend time on two seasons of The Ultimate Fighter and get signed to the UFC. He used this momentum to help start Grindhouse MMA and cultivate local talent.

Krause and a business partner started Kansas City Fighting Alliance in 2012, which hosted regional bouts and officially put Kansas City on the map as a viable place for fighters to make a name for themselves. KCFA was hosted in an auditorium that could fit just over 1,000 fans and would sell out every time, “no questions asked”.

“Those early days with KCFA were kind of wild,” Krause told UFC.com. “At the time I was doing everything from sponsorship to athlete relations to providing fighters to setting up the cage and tearing it down."

While Krause was busy establishing himself as a UFC mainstay, Grindhouse transitioned into Glory MMA and Krause started to realize coaching was his true passion. That’s when developing top-level fighters in Kansas City truly went from being a goal to being the new status quo.

“Everyone was having to move to the coasts for the big hubs to train,” Krause said. “If you really wanted to make it, that was what you had to do. Thanks to what we’ve accomplished over the years, that’s just not the case anymore.” 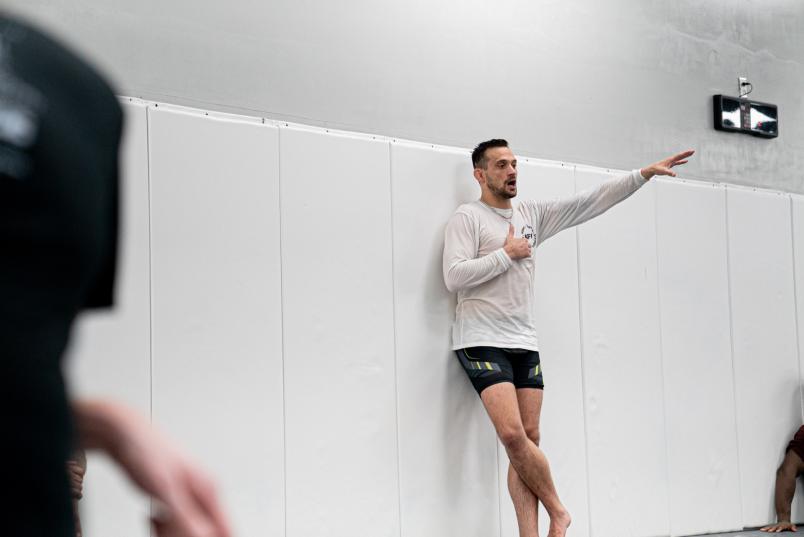 In 2019, KCFA rebranded to Fighting Alliance Championship and moved into a new, larger arena. The move reinforced that MMA in Kansas City is booming and added some credibility to what Krause and company are building.

“FAC is the product of KCFA, and it turned into something bigger than KC. Although a lot of guys are from KC, they go on to bigger and better things,” Krause said. “We partner with the arena and it’s the closest thing to the UFC you’re going to get.”

FAC takes place at Cable Dahmer Arena and has a capacity of nearly 8,000. The increased interest in FAC also helped the promotion sign a deal to stream its event on UFC FIGHT PASS. FAC’s rise has been impressive and hasn’t gone unnoticed.

UFC President Dana White has chosen FAC to be the next promotion to host his Dana White: Lookin’ For A Fight series, where he will be cageside to watch FAC 12 on Sunday, February 6, and choose a fighter to sign to the UFC. This particular episode of DWLFAF is unique, though, as White will team up with the Nelk Boys to help him make his decision.

“LFAF is huge. Anytime the UFC gives you the nod to showcase is important. It means that FAC is worthy and it’s not saying anything bad about other promotions but any time they dedicate time and resources to find talent, that’s great,” Krause said. “The Nelk Boys have an insane following and they are putting out millions of views per video. It’s ridiculous and awesome.”

Krause believes that the dual promotion of the UFC and the Nelk Boys communities could really help FAC have its biggest year yet and shine more spotlight on the Kansas City MMA scene.

“It’s really cool anytime you can get two large audiences together that aren’t necessarily in the same lane, and it’s a great collab. It’s great to have them be a part of this and they have some stuff in store for the actual fight night. We are grateful for UFC and Nelk Boys.”