James Head - On The Road Again

"I think it’s got Fight of the Night written all over it, and I’m gonna show up to bang, and I hope he does the same." - James Head 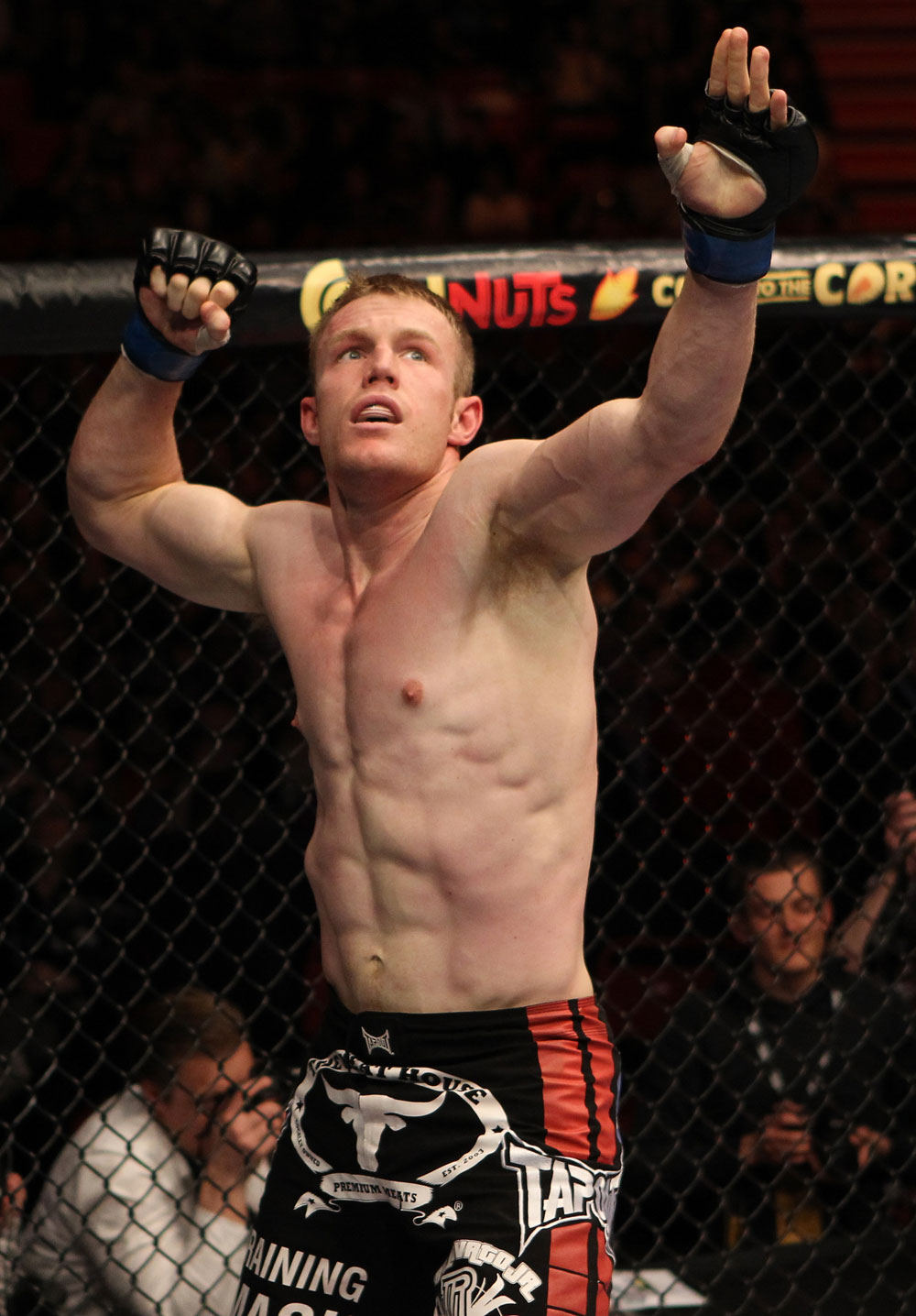 In the midst of the commotion and euphoria that follows any UFC victory, James Head got a reminder from his coach that all the hard work and sacrifice was for this, a single moment that no one can take away and that you will do anything to achieve again. Not many people can say that they’ve won a fight in the UFC, and Head joined that select group when he submitted Papy Abedi in April.

“Man, it was surreal,” said Head. “It was unbelievable and definitely the best experience of my fighting career. Having my hand raised in the Octagon is something you dream of always and it just makes you hungrier for the next time. My coach told me afterwards, while we were in the cage, don’t forget this moment. You want to relish that, and that’s why putting the hours in the gym and training is so easy, because that’s what guys like me live for.”

Guys like Head spend countless hours in the gym learning their craft, honing it, and then taking it out on the road to show what they can do in a live fighting situation. But the Oklahoma City welterweight takes it one step further, keeping a full-time gig as a Petroleum Engineer in addition to his fight career.

“It’s basically two full-time jobs, and that’s how I approach it,” said the 28-year old. “I’m very fortunate that my employer allows me to get my strength and conditioning training in over lunch. We have one of the nicest fitness facilities that I’ve ever been to on campus, so I go in and get my cardio in in the morning and maybe go over and catch a strength and conditioning workout at lunchtime, put in my eight to 10 hours on the job and then hit the gym after work. It seems like a full plate, and it really is, but I like the mental challenge that my job provides me and I like the physical challenge, as well as the mental side of fighting. It’s something I’ve been able to juggle pretty well and I’m having fun doing both, and as of right now, I don’t plan on giving any one of them up.”

It’s a horrific schedule any way you slice it, one reminiscent of the one heavyweight contender Shane Carwin lived through, so while it is possible to be successful at both, it has to leave precious little time for anything outside of work. Head disagrees.

“When I don’t have a fight coming up, it’s not near as hectic,” he explains. “You don’t have to put in the two and three session days that you’re required to do when you have a big fight coming up, and in the downtime, I like going to sporting events, and we’re big Oklahoma City Thunder fans, so I got to catch quite a few playoff games.”

And like the unheralded Thunder that stormed into the 2012 NBA finals, Head is starting to make plenty of noise after a fairly uneventful start. A pro since 2006, Head won six of his first seven pro fights, but he was fighting sporadically, no more than two times a year. The Brazilian Jiu-Jitsu purple belt was staying busy in grappling tournaments, but in terms of making an impact in the MMA world, it wasn’t until he beat UFC vet Gerald Harris in February of 2011 that he made it on to the ‘fighters to watch’ list.

The next step was the UFC, and though Head was submitted by Nick Ring at UFC 131, his next bout was a lot different in performance and result, as he beat Abedi in Sweden. It was his third fight in a little over a year’s time, and he’s happy to be keeping busy.

“I think that’s important, and I think it would be easier to be fighting every three or four months other than every six months,” he said. “You get comfortable in the cage, and when you’re in the gym, there’s a goal, and it helps your training.”

For his third Octagon bout, Head was scheduled to take on Canada’s Claude Patrick at UFC 149 in Calgary this Saturday, but as one of the casualties of the event’s injury bug, the Toronto prospect was forced to withdraw. In stepped an even more high-profile opponent in Brian Ebersole, who just scored his fourth UFC victory last month over TJ Waldburger.

“I’m ecstatic,” said Head. “It’s a great fight, Brian Ebersole hasn’t been beaten in the UFC, and the guy’s got more experience than almost everybody that’s on the roster, but I don’t fight to fight lower competition guys. I’m trying to climb that ladder and beat the Brian Ebersoles of the world. So I’m pumped and really looking forward to getting in there and testing myself.”

Ebersole will undoubtedly be a test for Head, not just in the cage, but when it comes to his consistently crazy travel schedule. Fresh from a detour to the UFC Fighter Summit in Las Vegas, and having already fought in Vancouver, Stockholm, and now Calgary, Head is building up frequent flyer miles, but he would like to return home to fight his next bout.

“I think after this one, maybe he’ll throw me a bone and let me fight in the States,” he laughs. “That would be awesome. I know my friends and family would appreciate it.”

Logistically though, Head - who was able to train with teammate Matt Grice twice a day in Vegas during the summit - isn’t too bothered by the Canadian shows. It was the trip to Sweden that took a bit of getting used to.

“Sweden was definitely tough because of the time change and trying to get acclimated and everything,” he said. “But as far as Canada goes, Calgary’s basically straight north of me, so it won’t be any different than fighting anywhere in the States. So I’m looking forward to not having to go overseas again, that’s for sure. Sweden took some getting used to, and I didn’t feel normal there until late Thursday. It took about four or five days.”

That won’t be the case this Saturday, and with his first UFC win in the bank, Head’s sole focus is getting some more of those winning moments.

“I come in there in shape and to scrap,” he said. “That’s the most exciting thing about Ebersole; you know he’s gonna be there, he’s a tough guy, and we’re gonna put on a show. I think it’s got Fight of the Night written all over it, and I’m gonna show up to bang, and I hope he does the same.”