"I’m going to lay it all out there. I’m hoping Jason High shows up with
the same mindset and he’s ready to go out there and get at it." - James Head 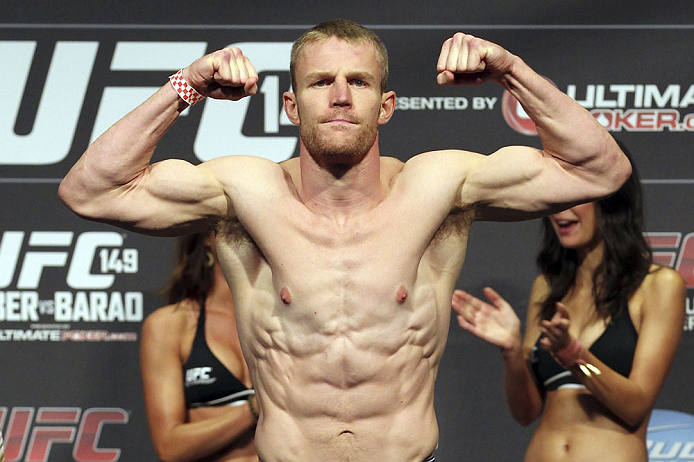 In the American heartland, work ethic is part of the genetic makeup.

A hands-on, blue collar commitment is required for those who are looking to make their living off the land or industry, and rewards only come as the end result of putting in a labor investment. It’s a place where the work day isn’t determined by a time clock, rather the sun finally deciding to call it quits.

It is also the place where UFC welterweight James Head saw his personal drive come to life.

Highland is a small town burrowed down in the middle of central Illinois, and that is where the 29-year-old set out on his path to become a mixed martial artist. While he’s dedicated time in the gym, the full-time drilling engineer puts in a diligent effort to make sure all aspects of his professional life are moving in the right direction.

This path has led him to the biggest stage on the sport, where the Oklahoma City-based fighter has battled to establish himself in the ultra-competitive welterweight division. Where splitting the rigors of a life in MMA with the grind of a 50 plus hour a week job would be enough to sink most, Head is “heartland strong” through and through. > Read: Head aids Oklahoma tornado victims

“I try to implement the same work ethic in fighting that I do in my job and vice versa,” Head said. “It’s getting up before work at 5:00 a.m. and getting a session in at the gym. Then work from 6:30 until lunch and get in another session during my lunchtime. Getting in three workouts a day on top of the 10 hours at my job can be a tough thing to manage, but it’s all I’ve ever done. It’s all I know and I really enjoy the mental challenge that my job poses, as well as the physical challenge I find in the UFC.

“I work for the most active drilling and oil company in the United States. We have more drilling going on in the U.S. than any other operator. I’m a drilling engineer for them and it’s a pretty demanding job. I run two or three drilling rigs in western Oklahoma and in Texas. It’s very demanding and they don’t shut down. They run 24/7, every day of the week. It’s a very high-paced job and I love it. The job really keeps me on my toes and keeps my mental acuity sharp.

“My work ethic was put into me as at a young age by my mom and dad,” he added. “I sure as hell won’t be outworked by anyone. I truly believe that. The guys who I am fighting against, where all they do is fight for a living, I know they aren’t working harder than I am. They might get a couple naps during the day and get to hang out between sessions and relax, but they aren’t putting in what I am.”

While there is no questioning his dedication to the trades he’s invested in, Head is still fighting to carve out his place under the UFC banner. After dropping his promotional debut to TUF veteran Nick Ring at UFC 131 back in 2011, Head bounced back strong, picking up victories in his next two showings.

He was looking to keep that momentum going when he squared-off with savvy veteran Mike Pyle at the TUF 16 Finale last December, but came out on the wrong end of the affair. After getting off to a strong start, “Quicksand” caught him with a knee, and pounded out the finish shortly after.

Coming off a loss is never easy for a fighter, but Head was eager to get himself back in to the win column and shake the disappointment of his last performance. Unfortunately, more uncertainty would come in to play when his opponent at UFC 159, Nick Catone, faced issues cutting weight and was forced to withdraw from the bout the day before the fight. > Watch: Head submits Papy Abedi

With all the work he had invested preparing for the fight in Newark, and having his next scheduled bout with Bobby Voelker at UFC Fight Night scrapped due to his opponent being moved up to fight Robbie Lawler, frustration could have easily overwhelmed him. But Head stayed on course and is charging into his bout with Jason High on August 28 with his foot on the gas pedal. 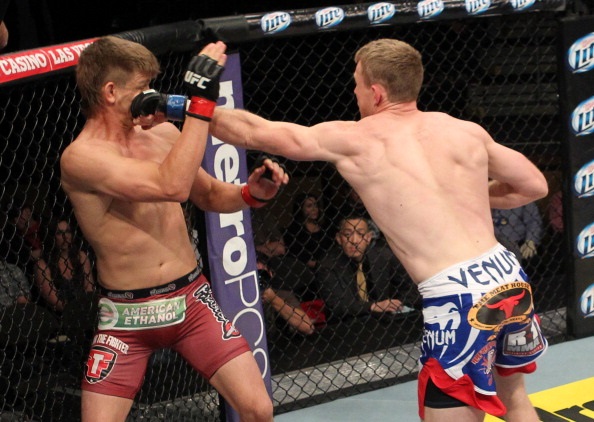 “Man, after my last scheduled fight in Newark at UFC 159, where my opponent backed out the day of the fight, I’m just glad to be fighting wherever, whenever, against whoever,” Head said. “I’ve been champing at the bit to get back in there.  As long as Jason High makes weight and gets into the cage next Wednesday, I’ll be a happy man.

“My last fight definitely provided a lot of motivation. It left a really bad taste in my mouth. I just can’t wait to get out there, be me, and really let it go. I got off to a good start in that fight, but it’s MMA, and I got caught with a knee and Pyle took full advantage. I wanted to get that taste out of my mouth in April, but I didn’t get a chance to. It’s been two fights cancelled and now I’m excited to get in there and scrap.”

With the well-traveled veteran High the next challenge on his journey, Head is looking to put it all on the line to get back in to the win column. The “Kansas City Bandit” brings a strong wrestling pedigree and a solid track record of experience, as he’s competed all around the world on some of the biggest stages in the sport.

That being said, High has yet to pick up a victory inside the Octagon. He’s dropped both showings under the UFC banner, with his most recent coming at the hands of highly-touted prospect Erick Silva at UFC on FUEL TV 10.

Where a poor UFC track record could create a mental block for the Kansas City native, Head doesn’t believe it will be a factor, and he is expecting a battle in Indianapolis.

“I really don’t think it will be an issue just because of the experience he has,” Head stated. “If he was maybe a little bit younger in his career and hadn’t fought such tough opponents all across the world, then maybe I could see it becoming a mental block for him. His fights in the Octagon have been tough. He ran into Erick Silva in his last fight and that kid is a buzzsaw. He got him with that nasty armbar and Charlie Brenneman out wrestled him. I don’t think that is the case, but maybe his fourth fight in the UFC will be the lucky one, because his third fight isn’t going to be.

“Stylistically, it is going to be the typical striker versus wrestler. He’s going to throw some punches and kicks, but ultimately the only way Jason High beats me is grinding out a decision, which isn’t going to happen. I’m going to lay it all out there. I’m hoping Jason High shows up with the same mindset and he’s ready to go out there and get at it. I don’t see why this can’t be Fight of the Night, and if not, then I’m planning on taking home another bonus because I’m finishing this guy.”

When Head steps into the cage on August 28 at UFC Fight Night, it will be in a city only a handful of hours from where he grew up. The opportunity to fight in the Midwest is a welcome change for Head, as each of his four showings in the UFC have come against opponents essentially fighting in their own backyards. > Check out the upcoming UFC Fight Night card

That will change in Indianapolis and Head is looking to make the most of the opportunity. He’s had eight months to think about getting back into the win column, and a roller coaster filled with the twists and turns only a career in MMA can provide. Nevertheless, he is ready to get back to work and couldn’t be happier to be fighting in the Circle City.

“Oh my God it’s great,” he said. “I’m from southern Illinois originally, which is like three hours away from Indianapolis. All my friends and family are making travel plans and everyone is excited. This is the first time I’ve fought in the UFC where it wasn’t basically in my opponent’s backyard. The only exception has been Brian Ebersole, who I fought up in Canada, but he stepped in to replace Claude Patrick who is from up there.

“All four of my UFC fights have been in hostile territory. I told my friends and family maybe they should boo me on my walk to the cage because that is what I’m used to. I’m going to be like Ricky Bobby and not know what to do with my hands when people are actually cheering for me walking out."