When determining what achievement means more, is it the method of delivery or is it surrounding factors?

Does a -1000 underdog finishing a double-champ impress more than a Joaquin Buckley-style viral knockout?

A similar question is posed by Serra-Longo product James Gonzalez: Does a banana split submission rank higher than a submission over a heavily-favored champ on six days’ notice?

The 2020 UFC FIGHT PASS Awards were released on New Years’ Eve and 2-0 Jose Perez landed eyes on him quickly with a banana split submission over the now 1-4 Jacob Dorman. Despite the COVID-19-mauled year, UFC FIGHT PASS saw as many high-level submissions as ever. In addition to Perez’ banana split, Kade Ruotolo took home the CJJ lightweight title with a Buggy choke, and even FIGHT PASS favorite Chase Hooper closed out the year with a Hail Mary Imanari Roll to heel hook.

Here's How To Watch UFC 257: Dustin Poirier vs Conor McGregor 2

What makes a submission impressive? Flash or circumstances?

Unfortunately for them all, there can only be one winner, and it was Perez.

Gonzalez didn’t necessarily take exception to not earning Submission of the Year honors, but he had questions.

“I’m not upset with the UFC FIGHT PASS team or anything; I’m just surprised that nobody thought about all this,” Gonzalez explained. “Did they not know the backstory? Do they not understand the level of competition? I was shocked by it. Not because of the submission; I’d love if I could pull off a banana split in competition, that’d be great, too, but this was a one of a kind submission. Nobody’s ever done this before. I thought it was really cool and I guess I got my hopes up a little bit.”

Just before the world shut down due to the COVID-19 outbreak, Gonzalez was given six days to take on Pat Sabatini, the face of CFFC, for the featherweight title. It was a title shot he knew he was ready for, but he understood how far away it would become if he were to blow this opportunity. 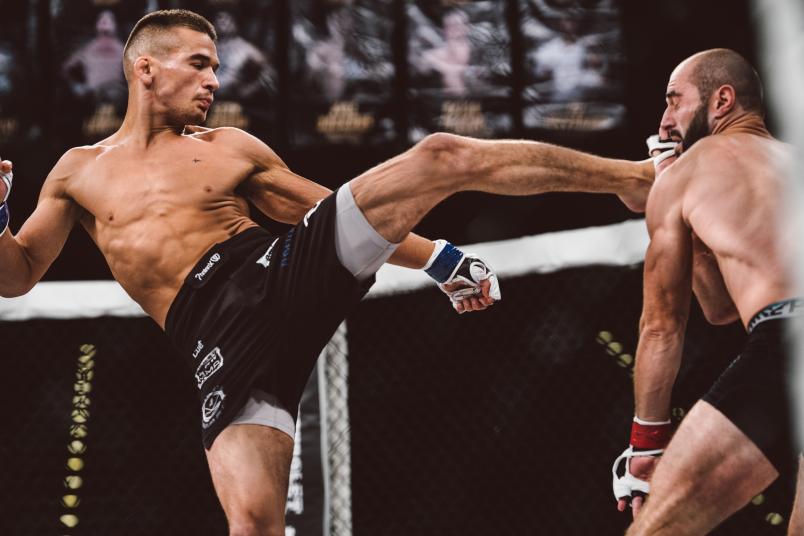 Gonzalez knew the BJJ pedigree of the opponent he was facing, but he said to himself, “This is nothing I haven’t done before.”

“I’ve been an underdog in pretty much every fight I’ve been in,” Gonzalez said. “It was really bad when I went in to fight Sabatini. I think I was like 5 to 1 or 6 to 1 for that fight or something like that. I’ve never fought a guy who was ranked lower than me.”

With preparation time and oddsmakers against him, Gonzalez didn’t just take Sabatini’s title, he took his elbow and shoulder with him.

After both men found themselves on the ground, Gonzalez wound up in a position that even BJJ ace, Sabatini seemed confused by. Sabatini unwisely looked for a slam and found his elbow now out of its socket. His shoulder was soon to follow, and Gonzalez released the hold on his own. 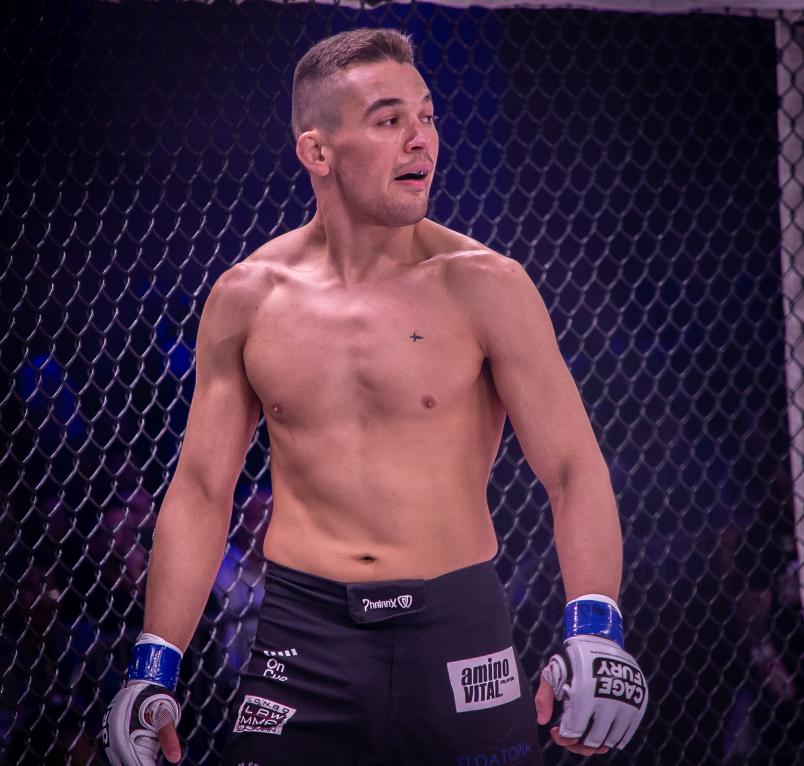 “It’s fighting,” Gonzalez said. “I don’t even think that posting that would be barbaric. I stopped the match myself. The ref didn’t come in and stop the match. He should have tapped. He’s a black belt. He should know when to tap. Even during the position, I was telling the ref. I could have held on to the submission and really destroyed his arm.”

Despite the lack of attention on some social media, Gonzalez’ submission saw the light of day and it saw a lot of it.

“Thank God for ESPN MMA,” Gonzalez laughed. “They’re the ones who shared that and got that submission out there. It got like three million views on their social media pages and everyone I was talking to heard about it word of mouth.”

While he is frustrated with the decision to forego him for the Submission of the Year honor, it wasn’t because he just felt entitled because he had a unique submission or because he won a title with it. It was those things in conjunction with the level of competition. The northeast region avoids fights with Pat Sabatini, he ran in full steam ahead and took a piece of the boogeyman with him with a submission arguably more unique than a banana split. 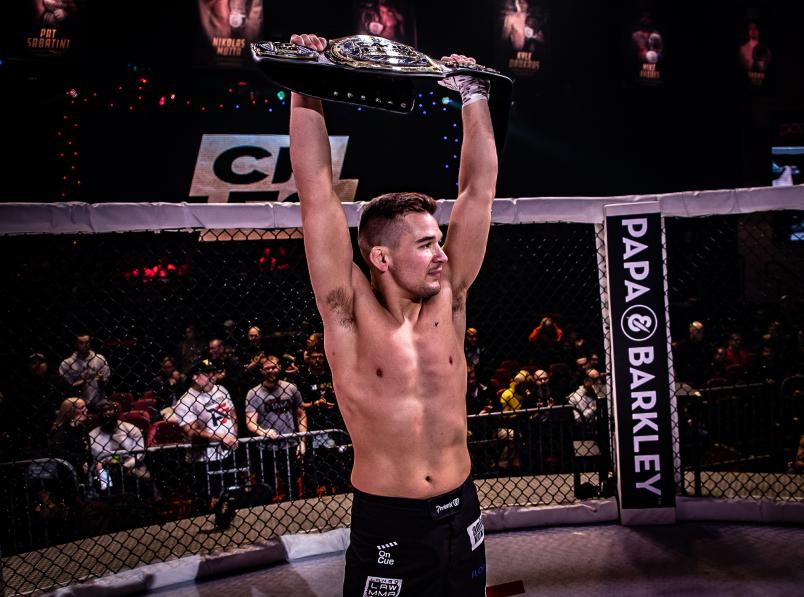 “I think that in another way if the guy I fought wasn’t the guy that I fought and I got that submission, like maybe say, a guy with not so great a record, I’m not going to get upset about not getting Submission of the Year,” Gonzalez said. “This guy was 11-2, he’s on the UFC’s radar. He was the top guy in the northeast region and I come out and submit him. I beat him at what he’s best at. I thought that would make my case even better.”

There are no retroactive award winners, so unfortunately the door is closed on 2020 for Gonzalez, but with a team around him that includes Chris Weidman, Matt Serra and Aljamain Sterling, Gonzalez’s ground game is only going to get better. Now that his hands are also being fine-tuned, Gonzalez just may end up pulling more than just Submission of the Year in 2021.

For this and hundreds of other fights from 2020 and beyond sign up TODAY for UFC FIGHT PASS!