Jamahal Hill Is Hungrier Than Ever

Although He's More Than Happy To Get In A Scrap, Jamahal Hill Is Looking To Dominate Jimmy Crute At UFC Fight Night: Font vs Aldo
By Zac Pacleb, on Twitter @ZacPacleb • Dec. 2, 2021

Confidence is not something you’ll need to search long for when you take a look at what Jamahal Hill brings to the table. From the moment he steps up for his walkout to the Octagon, a swagger built on a foundation of hard work radiates from him. Even after suffering his first professional loss at UFC 263 to Paul Craig, his self-belief never wavered the way it can when a fighter loses their zero.

Heading into a tasty matchup between light heavyweight risers against Australia’s Jimmy Crute, it’d be easy to see the bout as a place to make a big statement. However, Hill doesn’t see the fight as anything more than that: a fight.

“I don’t have anything to prove,” Hill told UFC.com. “Just be myself. Lock in. Stay within myself. Maximize me, and I’ll be fine.”

If you have any doubts about the way Hill handled his setback against Craig, all you have to do is take a look at his interaction with the Scotsman afterwards to see he wasn’t dwelling on the defeat at all.

“We settled our differences,” Hill said. “Our whole animosity, our whole steam was the fight, and we did that. We had that. He won. There’s nothing I can do but accept that and respect that, so after that, any other things that we had problems with, as men, it was our job to talk about it. We did that, and we came to a common ground. He’s a really good person. He’s a really good dude. That’s what it was. I had a good night. We had some fun. S**t, we turned up (laughs).”

Granted, Hill would’ve much rather avoided taking a loss, especially one in which his elbow was dislocated when Craig went for an armbar. Alas, he took the time to recover and rebuild, and he’s itching to get back to the Octagon.

Although Crute has had some higher-level fights so far, the two are in similar areas of the light heavyweight ladder. The winner gets an inside track at a Top 15 or even a Top 10 matchup, making the stakes of this fight all the higher. 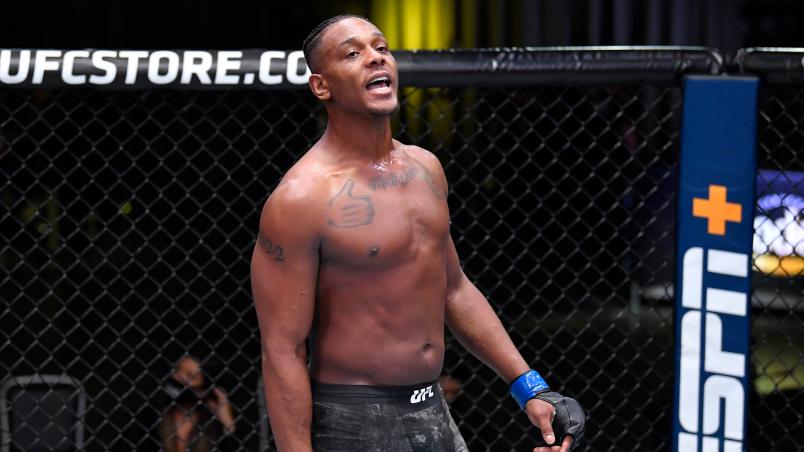 “I think we’re both hungry,” Hill said. “We both want it. We’ve got big dreams. We’ve got big expectations for ourselves. We’ve worked ourselves and developed these skill sets to where we want them to be seen and shown to the world on the biggest stage, and when you have a dream like that, like you sit back and you actually think about, and you can feel the emotion of those moments, things like that — I had times I sat up thinking about moments, and I’ve actually teared up thinking about just how real it feels. Just that fire and everything like that.”

Hill believes Crute is a “very, very solid” opponent, the kind that puts the light heavyweight division in a good place going forward.

That said, Hill aims to outclass the Australian on December 4. Although he’s not opposed to a heated battle, Hill would rather assert his own dominance than head into a back-and-forth affair.

Either way, Hill wants to bounce back at UFC Fight Night: Font vs Aldo. As the year comes to a close, a win over Crute could put him in a strong position in the ever-shifting light heavyweight rankings, especially as the title picture at the top shuffles underneath champion Glover Teixeira.

All those implications come afterward, though. Hill is focused on the dangerous opponent ahead of him, and naturally, he is of the utmost conviction that he has the goods to get the job done on fight night.

“I just think I’m a better fighter,” Hill said. “I think I’m more skilled. I think I put it together better. My flow is strong, and I just think that I’m one of the best to do it. I just gotta go out and prove it, and as long as I stay within myself and do those things, be myself, it’ll show itself.”