Jamahal Hill Here To Answer All The Questions

Jamahal Hill has lost only once in his mixed martial arts career, but that setback might have been the most important result he’s earned to date.

Paired off with Paul Craig at UFC 261 a couple summers back, Hill opted to tangle on the canvas with the Scottish submission ace, coming away from the encounter with a dislocated elbow, a first-round stoppage loss, and a clear understanding of what he needs to do each and every time he steps into the Octagon.

“Do you. Be you,” said Hill when asked about the lessons learned from his bout with Craig. “Stay within myself. Stay doing what I do, and implement my will.

In the three fights since that meeting, Hill has fought to his strengths and posted consecutive stoppage victories, putting himself in a position to face-off with Glover Teixeira this weekend at UFC 283 in a battle for the vacant light heavyweight title after a series of events left the strap up for grabs heading into 2023.

Teixeira was initially slated to face champion Jiri Prochazka at UFC 282 in a rematch of their epic encounter from UFC 275 in Singapore, but the Czech titleholder suffered a serious shoulder injury that required surgery. Not wanting to hold up the division, Prochazka opted to vacate the title, prompting the UFC to look for a new headlining act for the December pay-per-view.

The Brazilian veteran opted against a short-notice switch in opponents to Magomed Ankalaev, resulting in the surging Russian and his opponent, former champ Jan Blachowicz, being promoted to the main event in a five-round clash for the vacant title. After five rounds, the bout was scored a draw and the title remained vacant, resulting in UFC President Dana White quickly announcing a matchup between Teixeira and Hill this weekend with the belt being awarded to the victor.

“Who expected a title fight to end in a draw, so I didn’t think anything like this would happen,” Hill said in regards to the hastily put together championship bout. “Did I know I was close to a title shot? Yes I did, because I had just signed a new contract and the championship clause is in my contract.

“I knew I was close, but I was as surprised as anybody.”

Part of the shock was that Hill already had a fight lined up, as he was slated to headline opposite Anthony “Lionheart” Smith on March 11.

Soon after the news broke, Hill reached out to his now former opponent, asking him to be a part of his condensed training camp for this fight with Teixeira, and the former title challenger quickly accepted.

“It’s been like every encounter I’ve had with Ant — it’s been great,” Hill said of working with Smith, who challenged Jon Jones for the light heavyweight title at UFC 235 and spent 21 minutes in the Octagon with Teixeira two fights later. “He’s an amazing dude, an amazing person, father, fighter; all those things.

“He brought a perspective and a light to a championship camp that I needed. ‘Enjoy it! Enjoy the process! You worked to get here!’ He put a lot of positive energy and the right mindset into this. 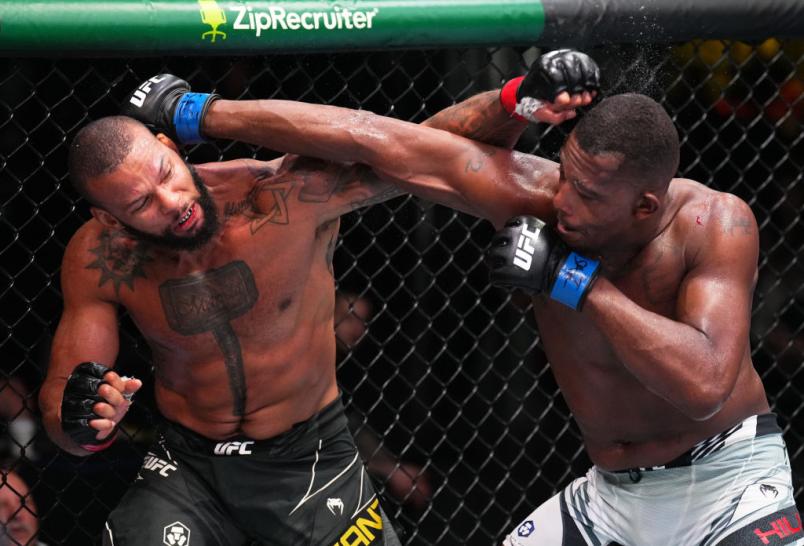 “That’s what I wanted and that’s what I expected,” added the Michigan native. “I knew it was the right move when I asked him and he didn’t hesitate. His experience is invaluable and the fact that he was willing to share that and show me some things is just what I needed and took my camp to the next level.”

Fighting for UFC gold is a milestone achievement for any competitor, but carries some extra meaning for Hill.

As the father of six children, ranging in age from two to 14, arriving at this point in his career stands as a shining example of what is achievable through hard work, dedication, and belief in yourself.

“Everybody wants to be a great example and a positive role model to their children, and that’s what I did,” said Hill, his excited speech slowing, the shift to discussing his children clearly tapping into a different emotion. “I’m showing my kids that if you work hard, if you want something — you dedicate yourself to something and then you put in the work for it, you can get it; it’s right there. 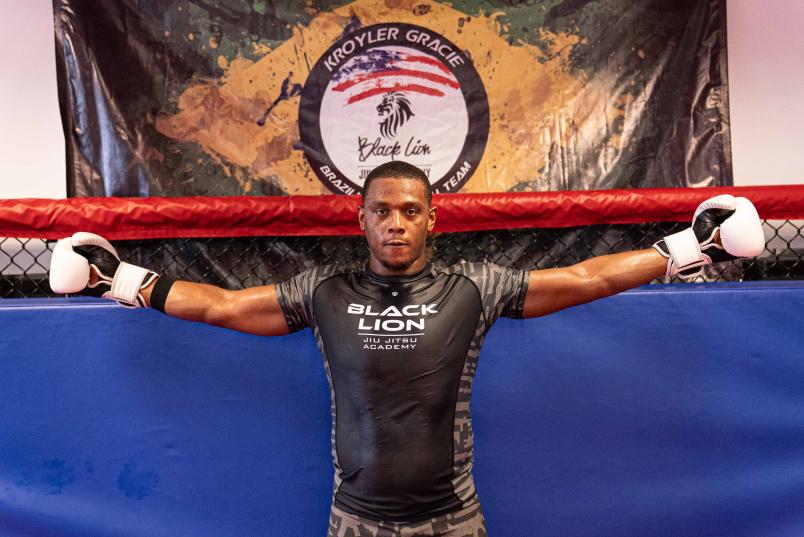 “The world is there for you to grab it, if you work for it. It’s the same thing I say to anybody: you have one life, and at the end of that life, what do you want it to be? And you go hard for that, and that’s the example I leave for my children.”

But this weekend’s championship fight also carries a great deal of importance for him, as well.

Like many competitors, the 31-year-old heard from a litany of doubters as he began his pursuit of a career in the cage, many of whom were quick to tell him he’d never reach this level, let alone potentially fight for championship gold.

Yet from the outset, that has been the ultimate question Hill has sought to answer — whether he’s good enough to fight for and win a UFC title?

Saturday night in Rio de Janeiro, his doubters will be forced to dine on crow, and he’ll get an answer to the question that has motivated him every step of the way in his mixed martial arts journey.

“It’s special. It’s a blessing. It’s what I have been working for,” Hill said of the opportunity before him this weekend in Brazil. “I can’t even fully describe the feeling because only I truly know those visions that I had sitting up, and the emotions that came with pursuing this, you know? It’s just wild. It’s mind-blowing for it all to come and play out.

“Having my head down all this time, working, working, working, I haven’t really taken a second to step back and actually look at what I have done in the sport so far, things I have accomplished. Those were things that I pictured myself doing and that I strived to do.

“The question is going to be answered, period,” he added emphatically, clearly eager to find out the answer. “There is no way around it. I get that answer. Am I good enough to be a world champion?”

If things don’t work out in his favor, Hill promises he’ll pick himself up, dust himself off, learn from his mistakes, and start chasing down another championship opportunity, putting the question back on the table.

But he’s confident that he won’t need a second chance.

“I’m thinking about showing up as the best version of myself; focusing on the things that I can control,” he said when asked about his expectations for Saturday’s contest. “Yeah, he’s tough, he’s a grinder, he’s a legend — he’s the OG of the weight class, but I can’t control any of that.

“I have to focus on what I can control, and I know I can get ready, I can get on a level that is championship worthy. I truly believe that in my preparation, I’ve found that.

“I am good enough and I am going to beat Glover Teixeira.”