Jalin Turner Got His Groove Back

After A Year Away From The Octagon, Jalin Turner Has Finally Found His Groove Again As He Attempts To Hand Uros Medic His First Loss At UFC 266: Volkanovski vs Ortega
By Thomas Gerbasi, on Twitter @TGerbasi • Sep. 22, 2021

In 2020, as the world battled a pandemic, Jalin Turner had the best year of his UFC career, stopping Josh Culibao and submitting Brok Weaver.

The Californian was settled in as a member of the roster, he was getting plenty of good notices from fans and the media, and it was shaping up to be an even better year in 2021.

“Injuries, personal issues, a bunch of life stuff going on,” Turner said of his absence. “Setback after setback after setback. I wish I could have fought a lot sooner. I didn't expect to have a year layoff. It's honestly been a really hard time. It's been a hard road.”

Hearing Turner talk of his time on the sidelines since his September 2020 win over Weaver is painful, because the 26-year-old is one of the most positive people you will run into. It’s a stark reminder that while prizefighters do superhuman things on fight night, when the gloves are off, they’re regular folks just like us.

“You can have a great win, a great fight and like me, have an injury and then be set back, then have another injury and be set back when you're ready to go and expecting a fight,” he said. “It's been one of the hardest years of my life. I've never gone a year without fighting since I started fighting back in 2012, 2013. It's been a mental battle, and I had to push through some limits and re-realized that I really want to do this and pursue this sport as much as possible. I want to give it my all, give it my best, and sometimes those setbacks set you up for something greater, so I feel like I'm mentally and physically prepared for those things after this bout.” 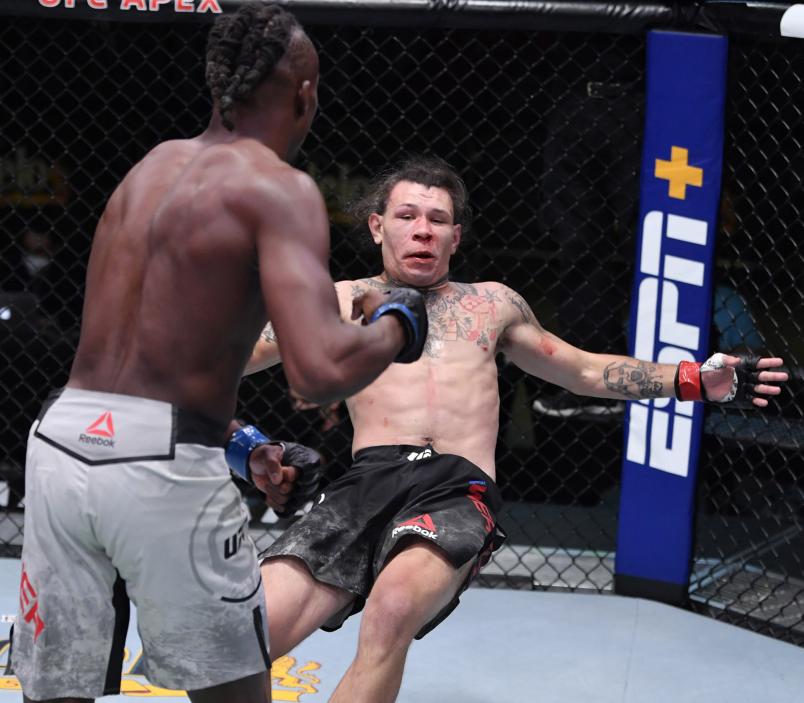 “This bout” is Turner’s return to the Octagon against unbeaten Uros Medic. Like Turner, Medic graduated to the UFC after fighting on Dana White’s Contender Series, and while “The Tarantula” didn’t get a contract after his 2018 win over Max Mustaki, less than three months later he was fighting with the biggest three letters in the sport on his gloves, and he hasn’t stopped since…at least until the last year.

But it’s times like those that show a fighter who his true supporters are, and with that group behind him, the father of two got healthy, got a fight, and got ready to resume his journey to the top of the lightweight division.

“I hit a couple really negative points, I'm not lying,” he said. “Honestly, I really thank my mom because she kept my mindset right and she made sure she had my back. I told her I can't catch a break, and she said, ‘Just look at it as a little bit more time to spend with your kids, a little bit more time to spend with your family until you have to mentally lock yourself in and completely focus on your task at hand.’ And that really helped a lot. She brought a lot of positivity to my mindset. And, of course, my coaches were super supportive and super positive about everything. My support system got me through a lot of this stuff. I always try to stay positive, but everybody hits those dark moments in their mind during their life, and sometimes you need a little bit of assistance to get out of those holes.” 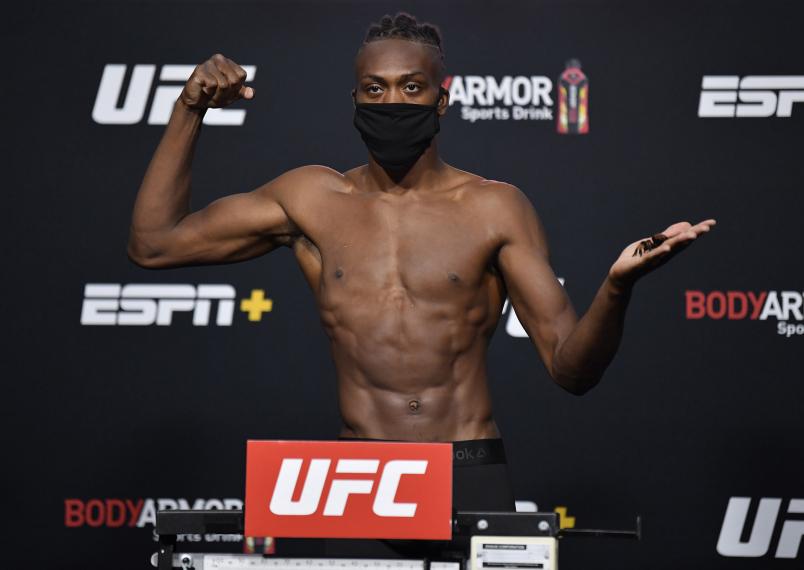 Jalin Turner poses on the scale during the UFC Fight Night weigh-in at UFC APEX on September 11, 2020 in Las Vegas, Nevada. (Photo by Jeff Bottari/Zuffa LLC)

"The Tarantula" with an actual tarantula at UFC APEX on September 11, 2020 in Las Vegas, Nevada. (Photo by Jeff Bottari/Zuffa LLC)

Now that he’s out, he’s only looking forward.

“The wait is almost over,” Turner said. “I have been on a couple fight skid before, and just losing a fight was horrible to me, especially in the UFC - it's super devastating and I just do not want that to happen again. So I put everything - my heart and soul - into this training camp and preparing myself as best as I can so I can give people what they want. I can give people the win, and I can make everybody investing their time and believing in me triumph with me.”

That’s an unselfish approach, for sure. But what did the man in the arena miss? 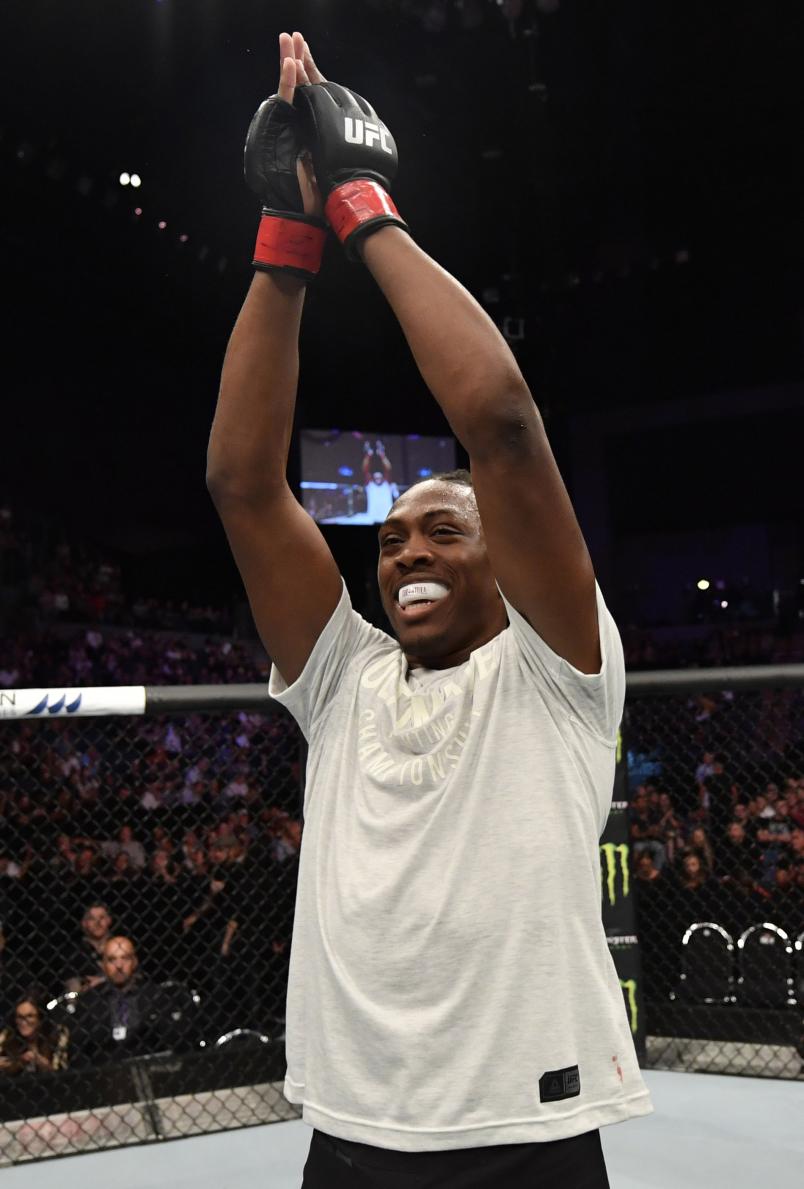 Jalin Turner celebrates after his victory over Josh Culibao of Australia in their lightweight bout during the UFC Fight Night event at Spark Arena on February 23, 2020 in Auckland, New Zealand. (Photo by Jeff Bottari/Zuffa LLC)

“I just miss the whole ride,” Turner said. “The highs, the lows, being nervous, being excited, preparing for a particular skillset, utilizing my skillset to the best of my ability. All of it. I really feel like this is gonna be a pivotal point in my career. I feel like this one is gonna catapult me to where I need to be, and that year layoff isn't really gonna matter after this fight.”

Jalin Turner got his groove back.