“I’m just gonna go out there and give it all on the ground and I’m not gonna be worried about getting submitted.” - Jake Shields 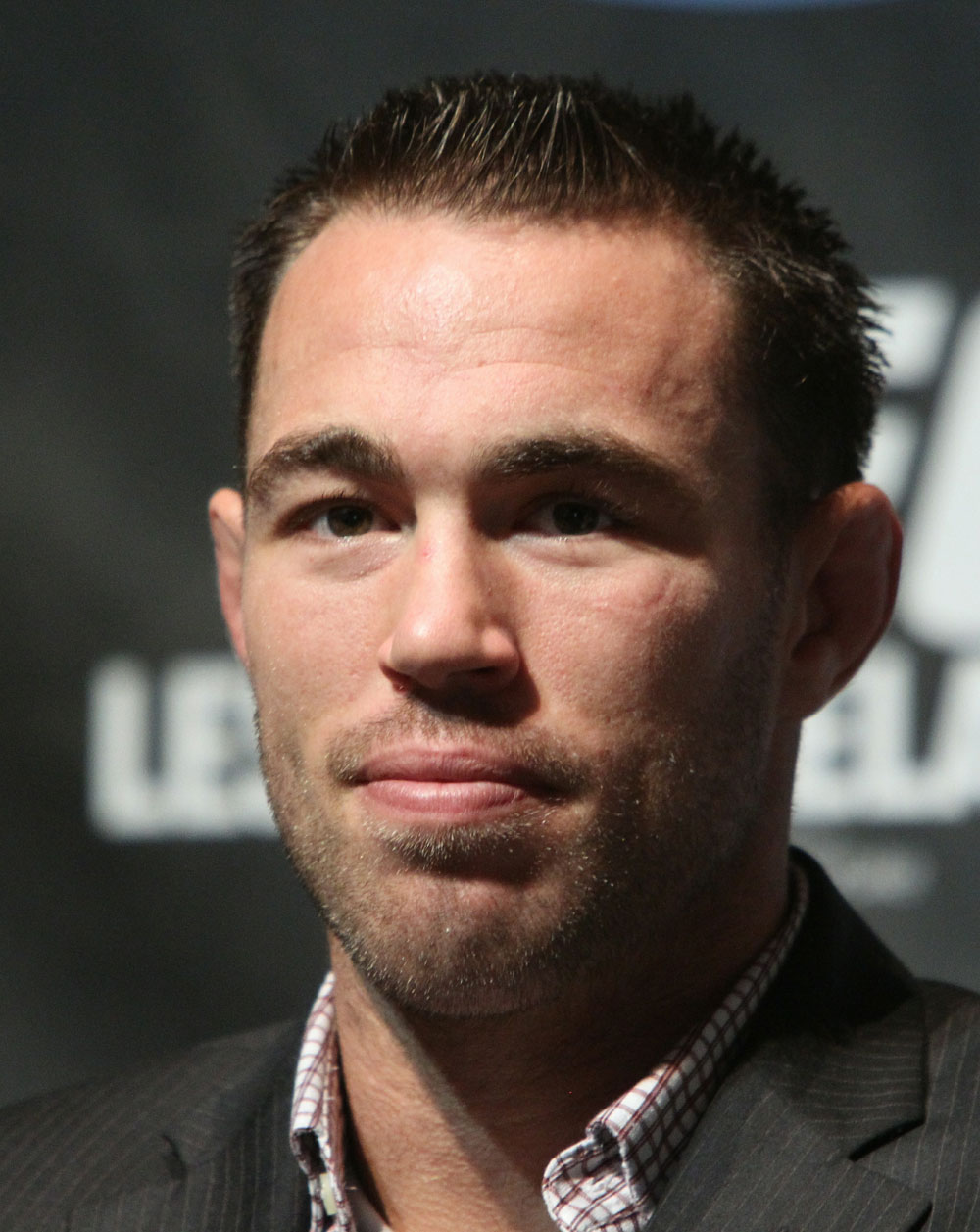 When the word got out that middleweight contender and trash talking wizard Chael Sonnen had been enlisted by Jake Shields to help him prepare for his UFC 129 challenge for Georges St-Pierre’s welterweight title, the wheels started turning.

Sure, Sonnen’s wrestling acumen was going to be a valuable resource for Shields against GSP, but could he also be bringing in a few handy tips on pre-fight gamesmanship for the Californian to use.

“We didn’t even talk about that,” laughed Shields, killing a thousand dreams of a smack talking war before the biggest event in UFC history. “I’m already mentally strong, and I plan on going out there and taking the belt. I ain’t really worried about the mental battle; I think GSP already knows what he’s in for, and I’m not really a huge smack talker. It’s not my style.”

It never has been and probably never will be. It’s not necessary. A lot of times, a war fought verbally results in what James Brown once sang as “talking loud and saying nothing.” At a certain point, it all melts into a steaming mess of garbage, with the eventual fight usually unable to live up to the hype. Shields, like St-Pierre, prefers to let the work speak for itself, and in the case of the challenger, it’s a resume unlike most of the champion’s opponents.

Winner of 15 consecutive bouts, Shields has not tasted defeat since a decision loss to Akira Kikuchi in 2004. And if you assume that since 14 of these victories came outside of the UFC that it dilutes such an impressive number a bit, think again. Among Shields’ victims are current UFC fighters Yushin Okami, Carlos Condit, Mike Pyle, and Jason “Mayhem” Miller, and Octagon vets Steve Berger, Dave Menne, Renato Verissimo, Nick Thompson, Paul Daley and Robbie Lawler. But undoubtedly the biggest win of his career was his five round decision win over former PRIDE two-division champion Dan Henderson in their April 2010 bout.

A heavy underdog fighting at 185 pounds, Shields stunned the oddsmakers and Henderson with an impressive victory that was punctuated not by the Strikeforce champion’s jiu-jitsu, but his wrestling, an amazing feat against a wrestler of Henderson’s caliber. So when fans and pundits turn to GSP-Shields and note the level of the champion’s wrestling, remember that Shields has walked down this road before.

“It (the Henderson win) helped a lot with my confidence,” he said. “I believed in myself before, but to go out there and show that I can take down an Olympic level wrestler who’s also a big guy, it proved that I can take down anyone, and I plan on doing the same with GSP. People say that I’m not gonna be able to take him down, but I’m used to people underestimating me.”

It should be the height of foolishness to look past Shields or diminish anything he’s done over the years. Maybe he should have talked more, but in all seriousness, if you don’t consider Shields among the top fighters in the game, you’re just not paying attention. At least St-Pierre is, and he’s really the only one that counts at this point.

On Saturday, what matters is how the champion and his challenger deal with each other once the bell rings. As far as conventional wisdom goes, most expect St-Pierre to use his standup game to keep Shields at bay while avoiding his jiu-jitsu game. For his part, St-Pierre has gone on record saying that he’s not afraid about hitting the mat with his opponent in any way, shape, or form. Shields wants it to go the ground as well, and while some have said he doesn’t have the wrestling to either take St-Pierre down or avoid his takedowns, again, we’ll refer to the Henderson fight. In addition, Shields – a two-time All-American wrestler in college – has boosted his camp with visits from the aforementioned Sonnen, Matt Lindland, and Phil Davis. That’s an all-star wrestling trio right there, letting you know what’s on Shields’ mind before the most important bout of his life.

“GSP doesn’t have any wrestling credentials, but he’s one of the best wrestlers out there,” said Shields. “He’s been taking everyone down and no one’s been taking him down, so I think this is a fight where wrestling’s going to be a big part of the strategy for both of us.”

And if and when the bout hits the mat, that’s when the fun begins. St-Pierre has been able to dominate foes with his wrestling on the ground for years now. Shields is a submission expert who has an uncanny ability to transition from position to position almost effortlessly. It will be a battle of will and skill on the mat, but there’s one thing Shields can almost guarantee, and it’s that he won’t be submitted.

It’s a supreme statement of confidence, but not of cockiness, and walking that fine line can make a difference in a fight. On Saturday, Shields’ goal is to be aggressive, but not reckless.

“I’m just gonna go out there and give it all on the ground and I’m not gonna be worried about getting submitted,” he said. “Of course I can make a mistake and get caught, but I don’t plan on that happening. I’m gonna go after him on the ground.”

Georges St-Pierre has been saying that Jake Shields will be the biggest test of his career, the toughest opponent he’s ever been in with. He may be right. Shields isn’t Josh Koscheck, Jon Fitch, Dan Hardy, or Thiago Alves, all quality fighters, but fighters with no experience in title fights or in going the championship distance. Shields has been there and done that, and whatever St-Pierre has dealt with in competition, the challenger can probably claim kinship with. That’s an intangible you can’t overemphasize.

“I think it gives me a huge edge,” he said. “I’ve probably had almost as many title fights as he’s had, and I’ve had five rounders lots of times. Of course the UFC’s the biggest show, so it’s a little different, but overall, it’s somewhere I’ve been before, so it gives me an advantage.”

Over 55,000 fans may disagree come Saturday night, but the 32 year old Shields is unconcerned. He knows what it’s like to win a title, defend one, and fight with everything you’ve got to hold on to it. And like his opponent, his goal isn’t just the belt, but something a lot more important.

“I want to be remembered as one of the best that ever lived,” said Shields. “I made a good name for myself but I’m not happy yet. I want people to look back in 20 years and remember me.”