Jake Matthews: Born For The Octagon

After Making His UFC Debut At The Age Of 19, Jake Matthews Has Basically Been Raised By The Octagon. Now, Seven Years and 15 Fights Later, The Welterweight Continues His Run
By Gavin Porter, On Twitter @PorterUFCNews • Dec. 2, 2021

At just 27 years old, it’s crazy to think that Jake Matthews has already competed in the Octagon 15 times. The Australian welterweight made his UFC debut when he was just 21 and he’s truly grown up in the promotion.

And while Matthews has shown flashes of greatness, he’s also been subject to experiencing some growing pains along the way. The setbacks have never really been devastating for “The Celtic Kid,” as he’s always taken his lumps and used losses to come back better than ever.

Don't Miss Any Of UFC Fight Night: Font vs Aldo

“I’ve had enough fights now where immediately when the fight is done, I know exactly what I did wrong, and I wish that I could get back in there and fix it but I don’t have a time machine,” Matthews said. “So the best I can do is get back in the gym and work on what I need to work on, and that’s what we’ve done for this fight. Every fight is different and every opponent is different. You need to adapt fight by fight and that’s something I’ve taken away over the years.” 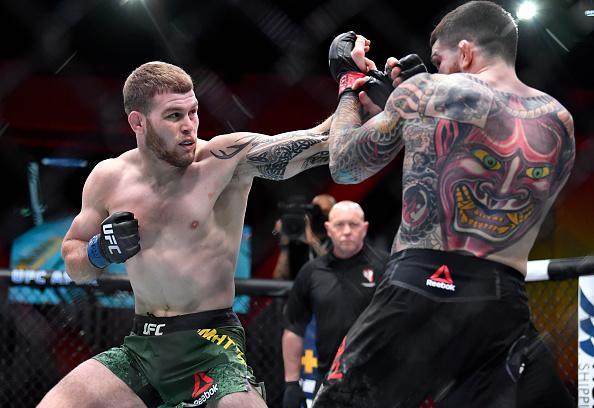 Jake Matthews of Australia punches Sean Brady in their welterweight fight during the UFC 259 event at UFC APEX on March 06, 2021 in Las Vegas, Nevada. (Photo by Chris Unger/Zuffa LLC)

That was the case for Matthews after being defeated by Sean Brady in his last trip to the Octagon.

“I gave him the opportunity to dictate what he wanted to do and that was my downfall,” Matthews said. “The biggest takeaway from that fight was to not get caught up in what my opponent is going to do. Don’t think about what they are doing so much; think about what I want to do.”

Thanks to the lessons learned in his fight with Brady, Matthews is attacking his upcoming fight with Jeremiah Wells on UFC Fight Night: Font vs Aldo with one goal in mind – dictate where the fight goes.

Finding that focus is something that comes with experience, and Matthews believes he’s reached that point. He’s enjoying fight week more, appreciating the process and feeling like everything happening around him is routine.

“This is all I’ve done for my whole life,” Matthews said. “It feels like home for me when I go in there because I’ve done it so many times.”

"It feels like home when I go in there."@JakeMatthewsUFC believes his experience will give him an edge over Jeremiah Wells at #UFCVegas44 🔊⬆️ pic.twitter.com/acykxioU60

On the flip side of the coin, Wells will be making his second UFC appearance when he faces Matthews. The difference in experience, although evident, isn’t something that Matthews is really buying into. He sees Wells as dangerous and he expects the two to collide in a big way.

“You can’t look past anyone that has made it into the UFC,” Matthews said. “If we get into it and it kicks off, we are both going to be swinging for the fences. I feel like it’s going to be one of those fights. Everyone knows that once I get into a scuffle then it’s on. It can definitely turn into a high-paced fight at any moment.” 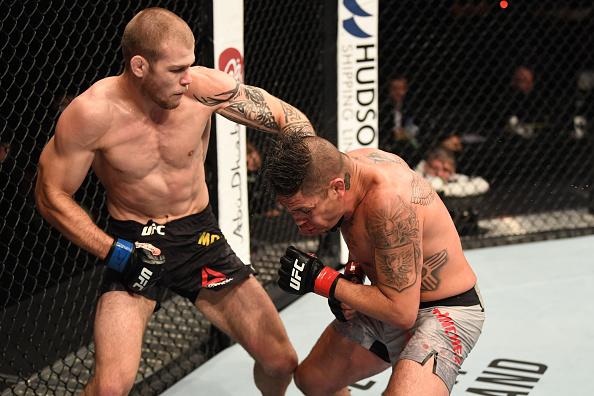 Over the last six years we’ve definitely seen Matthews get into some “scuffles,” and if this welterweight matchup with Wells is anything like Matthews expects it to be, fight fans will be in for a treat.