Jake Matthews Has Quite Literally Grown Up In The UFC, And He Believes That Experience Will Give Him An Advantage Against The Undefeated Sean Brady At UFC 259
By UFC Australia Staff • Mar. 3, 2021

At UFC 259, Australian welterweight Jake Matthews will compete in his 15th UFC event when he faces unbeaten American Sean Brady. Matthews has won six out of his past seven fights, but at 26 is still younger than many fighters who are just entering the UFC.

The year was 2011 and teenage Jake had been training MMA for a couple of months to keep fit. It was a Tuesday night and his coach asked him if he’d like to fight on the Friday. Three days to get ready? Sure, why not.

“My father and I rocked up to this amateur event and we heard banging sounds like a gun going off. It turned out to be my opponent kicking pads! We took a closer look at him and he was a solidly built 24-year-old man.”

The Aussie continues, “Dad wanted to pull me out of the fight, but I convinced him not to. What happened next is why I’m in this sport today: In the first round, we boxed, wrestled and grappled on the ground. Then, in the second, I noticed my opponent’s guard was low. I decided to throw a left switch-kick to the head, even though I’d never really landed one in training. It knocked him out cold!” 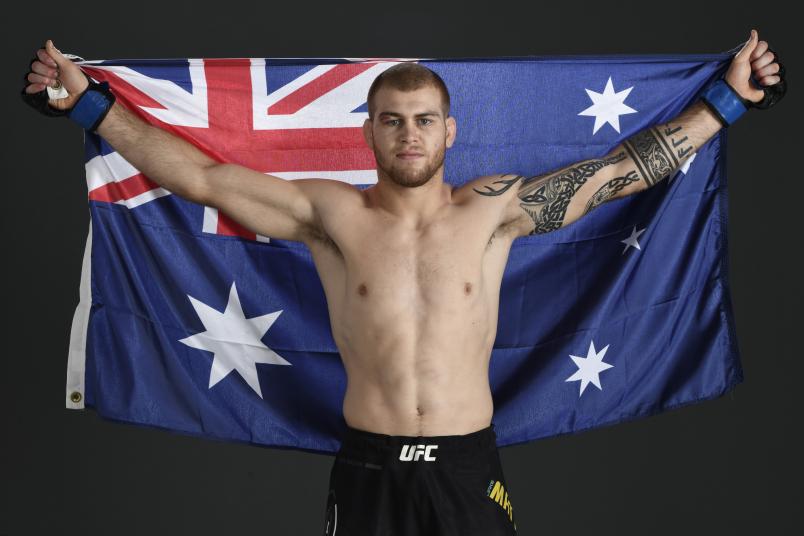 That was when Matthews realized what he wanted to do for a job.

“Afterwards, while eating KFC with my dad, I told him I’d like to pursue MMA as a career. He said, ‘Let’s do it,’ and the rest is history.”

Just three years later, “The Celtic Kid” made his UFC debut, and since then has put together an impressive record in both the 155-pound and now 170-pound divisions. His no-fuss approach to fighting doesn’t make a lot of headlines, but Matthews wouldn’t have it any other way.

“I don’t get involved in all of the hype, call people out or put on a fake attitude like some other fighters do. I am who I am – a quiet professional – and I won’t change for anyone. I show what I can do when the fight comes.”

A big part of the young talent’s development in recent years has been thanks to his coach, former UFC middleweight and four-time judo Olympian Dan Kelly.

“I’ve been with Dan since it was just me and him sparring in a tiny 3x3-metre boxing ring. Nowadays, we have a huge group. At one point, there were five UFC fighters in the gym. The great thing about it is we have no egos – it’s just a big bunch of guys who like to punch each other.”

The team jokingly refer to themselves as “Dad’s Army” because a lot of them are fathers.

“A few years ago, when my daughter was born, they gave me an official ‘Dad’s Army’ T-shirt. There’s a great camaraderie in the gym. If you walked in there, you might not think it was anything special – just an easy-going bunch of Aussies training hard.”

And training hard is exactly what Matthews has been doing for his next outing in the Octagon.

“I’m as fit as I possibly can be. I’ve had a solid nine-week camp and my energy levels are great. We’ve trained for all aspects of the fight, so we’ve got all of the boxes ticked. I really ramped it up this time and am feeling confident.”

MORE UFC 259: Carlos Ulberg Is All Smiles Ahead Of His Debut | Preview Every Fight On The Card | Significant Stats | Kai Kara-France Is Primed To Bounce Back | How To Order UFC 259 In Your Country

And he’ll need to be, since the man he’s facing at UFC 259 – Sean Brady – is unbeaten, has overcome some quality opponents and looks to be improving with every bout.

“He’s a tough guy,” admits Jake, “but I’ve fought all kinds of fighters. He’s newer to the UFC and probably where I was a few years ago – with all the talent in the world, but maybe not the maturity. Even though I’m younger, I think my experience will be a factor.” 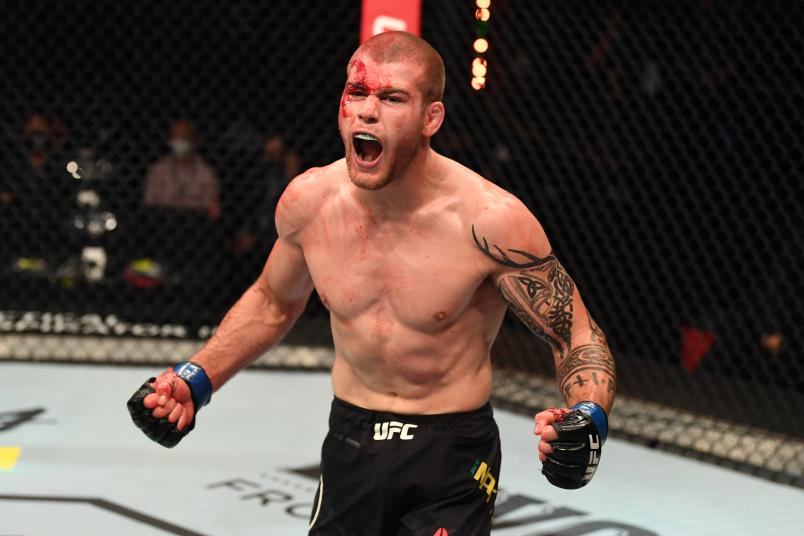 Asked how he envisions the contest playing out, “The Celtic Kid” reveals one possible strategy.

“With an undefeated guy, sometimes the best method is to break them early. Using my size and strength to bully him around would be a way to do that. So that’s something we’ve been thinking about. No doubt he’s strong, too. I’ve seen his fights. But I think he’ll be surprised when we get in there.”

Once business is taken care of, don’t expect any wild celebrations from the welterweight division’s quiet achiever. His plans are typically low key…

“Once I get through quarantine and back in Australia, I’ll probably just give my daughter a hug and watch some Vikings on the couch. I’m not very flamboyant in that way.”