Jailton Almeida Is Ready To Rise Up The Rankings

UFC Heavyweight Jailton Almeida Plans To Make A Statement With An Emphatic Win Over Shamil Abdurakhimov At UFC 283: Teixeira vs Hill.
By Gavin Porter, On Twitter @ItsGavinPorter • Jan. 19, 2023

Jailton Almeida is expecting the atmosphere at the Jeunesse Arena in Rio de Janeiro during UFC 283: Teixeira vs Hill to be unlike anything he’s ever experienced.

Not only will it be his first UFC fight in Brazil, but it is the UFC’s first event in Brazil since the COVID 19 pandemic. It’s going to be a dream come true for Almeida, who has plans to put on an amazing show for the Brazilian faithful.

And according to Almeida, that performance will include plenty of dancing.

“For sure, I’ll dance; get ready for it,” Almeida told UFC.com. “I’ve experienced [the crowd] before in Las Vegas, but the energy here at home will be surreal. The crowd cheering, chanting my name and, God willing, I’ll get this win.”

Standing in his way and hoping to prevent Almeida from busting a move is Shamil Abdurakhimov.

The heavyweight veteran has been in the UFC’s rankings for years and could be Almeida’s ticket to contender status.

The matchup had been booked a few times in 2022 but fell through due to injuries and visa issues. Although it can be frustrating for a fight to get canceled or moved, Almeida doesn’t blame Abdurakhimov for the problems that have prevented them from competing, and he’s just happy to still have the opportunity to fight Abdurakhimov. 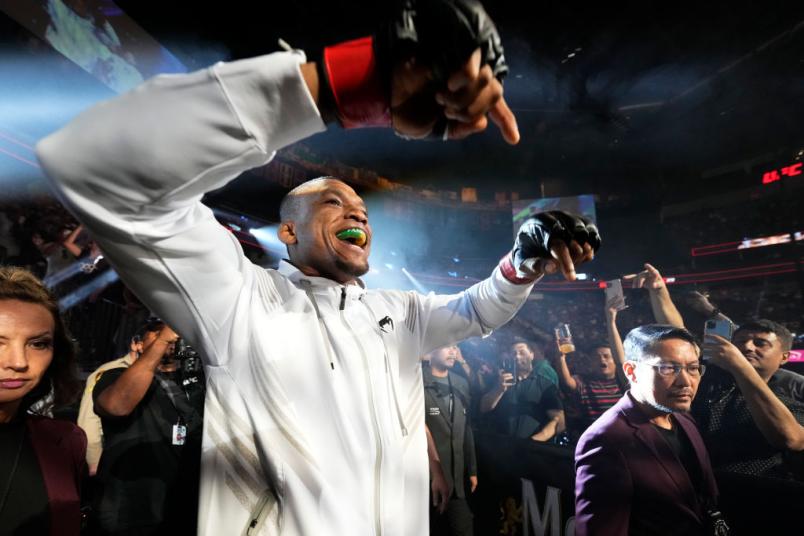 Jailton Almeida of Brazil prepares to fight Anton Turkalj of Sweden in a 220-pound catchweight fight during the UFC 279 event at T-Mobile Arena on September 10, 2022 in Las Vegas, Nevada. (Photo by Chris Unger/Zuffa LLC)

“He had an injury the first or the second time I think, and, also, he had problems with his visa. A lot of people told me he was running from me. I said, ‘He’s not running.’ I know that because he’s an athlete, and injuries happen,” Almeida said. “I’m happy we’ll be fighting in Brazil and that this fight didn’t get canceled because there’s a whole preparation I have to do for fight week and then if the fight gets canceled on short notice, it’s hard.”

The cancellations with Abdurakhimov didn’t throw Almeida off his game, though, as he chose to fight Anton Turkalj, who stepped in for Abdurakhimov at UFC 279.

Almeida submitted Turkalj in the first round of that bout, extending his UFC win and first-round finish streak to a perfect 3-0. Almeida would love to keep that streak alive at UFC 283, but he’s expecting Abdurakhimov to be his biggest test to date.

“I’ve had three UFC wins in the first round. So, I’m ready to fight three rounds. He’s also coming to fight three rounds, so I’m ready for everything,” Almeida said. “Shamil is a very experienced guy; everyone knows that. Even though he’s coming off three losses, he’s beaten a former world champion in Andrei Arlovski. So, it won’t be an easy fight for me. It won’t be easy, and I have to be ready for all possible scenarios.”

Defeating Abdurakhimov in impressive fashion would send a message that Almeida is a real problem at heavyweight and that he’s ready to throw down with the division’s best, despite only having a handful of fights in the UFC.

And it would set the 31-year-old up for a potentially massive year. 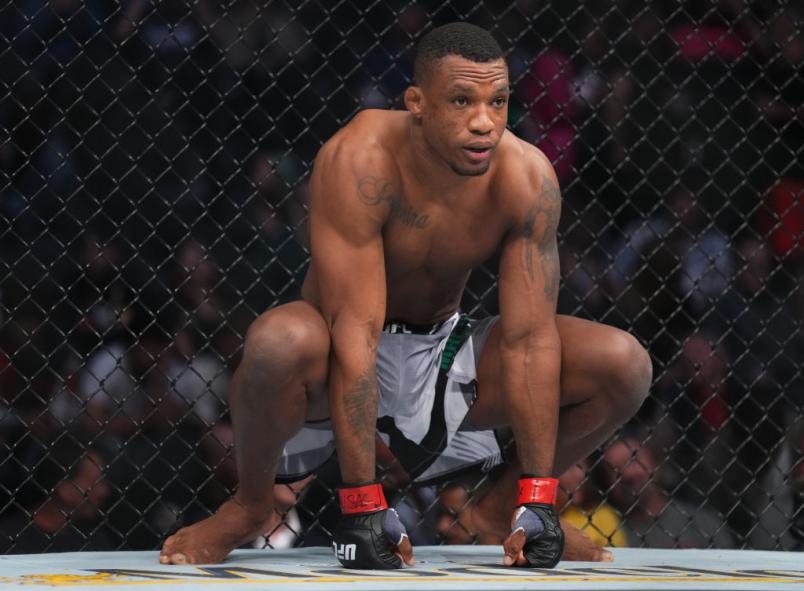 Jailton Almeida of Brazil prepares to fight Anton Turkalj of Sweden in a 220-pound catchweight fight during the UFC 279 event at T-Mobile Arena on September 10, 2022 in Las Vegas, Nevada. (Photo by Chris Unger/Zuffa LLC)

With that being said, Almeida is in no rush. He would like three or four fights in 2023 and to stay patient on his path to the heavyweight title.

“I want to say that I’m coming, but always humble and down to Earth,” Almeida said. “I still need some fights to get the belt and become champion.”

And you can bet Almeida will be dancing each step of the way.